The right candidate to fill your job may not actually be looking for a job right now. HireSweet, which is part of Y Combinator’s current class of startups, is trying to help companies find exactly these candidates that are perfect for a job but not actively looking.

Like so many other recruiting platforms, the HireSweet team started working on an assessment tool but then realized that the problem companies were facing wasn’t really assessment, it was scouring the right candidates.

“So we moved a bit higher on the value chain and we moved to help companies source engineers,” HireSweet co-founder and CEO Robin Choy told me. “And what’s really interesting on the market is that most people are not actively looking for a job. StackOverflow’s figures show that 15% of candidates will move after applying to a position and 60% are open to new opportunities but never actively looking for a job.” 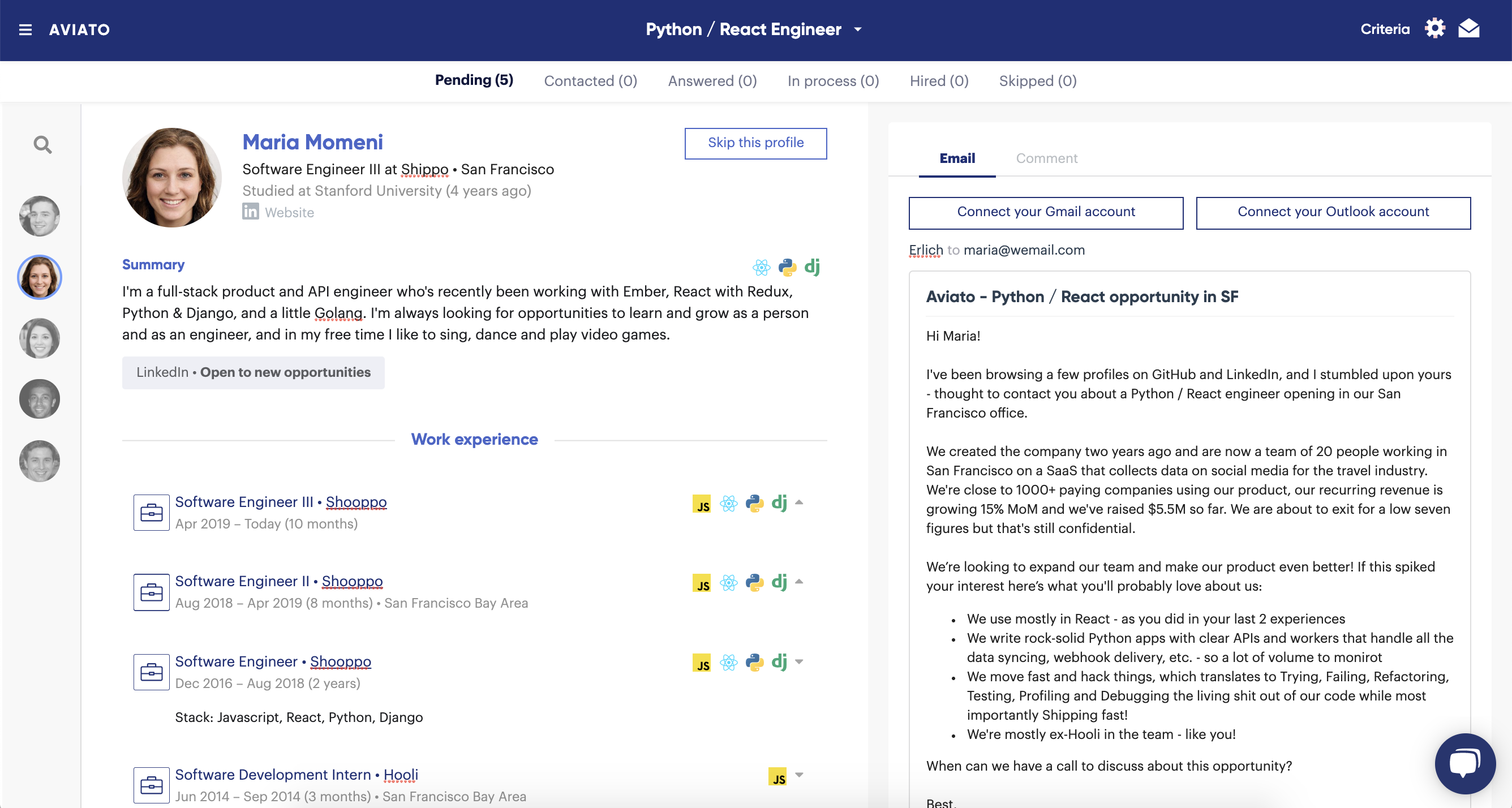 To recruit these candidates, companies first have to identify these passive candidates and then essentially apply to them, the same way a candidate would apply to a job. Traditionally, recruiters have been doing this manually, by looking at LinkedIn and GitHub — or by outsourcing this work to agencies.

What HireSweet is doing is automating this process. Its systems search the web for public profiles of potential job candidates, then send that info to employers. As Choy noted, though, this isn’t just about saving time. “Thanks to that massive [amount] of information, we’re able to detect patterns that a human would miss. So we do know, for instance, when somebody updates their LinkedIn resume or when there is a discrepancy between their LinkedIn resume and their GitHub activity, which proves that they may be interested in changing technologies,” he said.

The company promises significantly better accuracy, compared to competitors. Choy argues that some of its customers are seeing about 80% accuracy, which HireSweet defines as having an 80% contact rate for the candidates it shows. And while some of the company’s tech stack involves machine learning, a lot of it also still involved good-old regular expressions (after all, if a resume says somebody is a “freelancer,” there’s no need to build an algorithm that predicts that this person is indeed a freelancer). 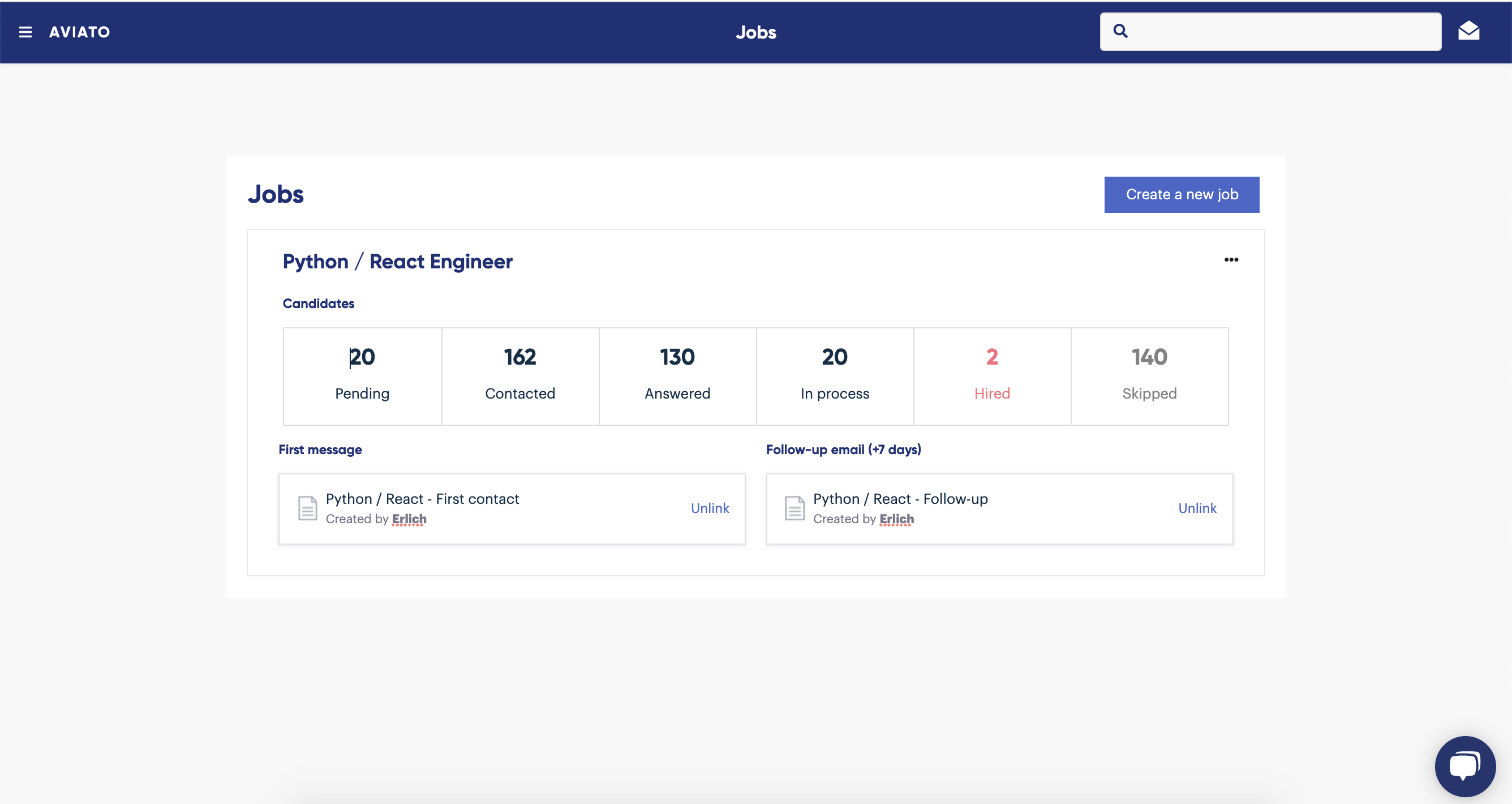 HireSweet also takes a very hands-on approach with onboarding new customers. “We always get people on the phone with a company — Superhuman-style — because we want to really understand what the company is looking for,” Choy explained. “That’s also a very specific learning that we had in the last few years: public job descriptions are very rarely the actual job descriptions of the person they will be hiring. So we spent a lot of time talking to the company.”

Because virtually all companies already offer recruiting tools, HireSweet offers a number of integrations with these, and Choy tells me that team plans to expand on this to allow for more and deeper integrations.

HireSweet started working on this product about three and a half years ago and then raised about $1.5 million two and a half years ago. Today, the Paris-based company has 30 employees, and its customers now include the likes of BlaBlaCar, Dashlane and Nokia. After mostly focusing on the European market, the team is now working on expanding to the U.S. market, where it now has about 100 customers. This also meant adapting the system to the way U.S. companies recruit and how employees move between jobs, which changes quite a bit between countries. Choy noted that the team will likely focus its roadmap on the U.S. going forward and then bring those innovations to Europe over time.