Extra Crunch is now past its first birthday. Over the past year, we’ve learned a lot, made some changes and generally found our groove.

Toward the end of 2019, former TechCrunch writer Alex Wilhelm returned to the publication to help grow Extra Crunch, though he still writes for the main site as well. His daily columns dig into the financial side of the startup world and have resonated deeply with our audience, so I wanted to talk to him about what he’s doing and why more people might want to read his work.

Normally, we’d run a Q&A like this on Extra Crunch, but we’ve removed the paywall so everyone can learn a bit about how we approach our work at TechCrunch so we can better serve our audience of founders, operators, tech fans and investors.

Read on for an unvarnished look at our process, from two of our own. Cheers! 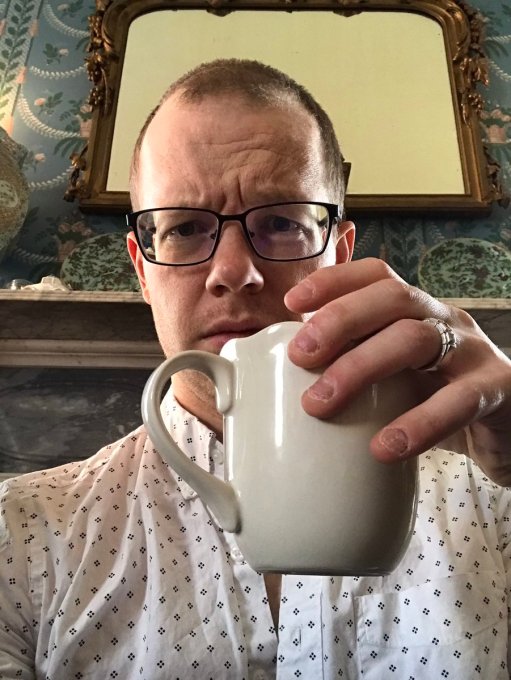 Walter Thompson: I’d like to introduce you to readers. What is your daily column about?

Alex Wilhelm: I’m always trying to figure out what’s going on and why. And I think that one thing that the news media does traditionally quite well, is to present everyone with a set of facts.

But one thing that the news has always been hesitant to do is tell people why they might care or why things are happening, because they don’t want to lose their journalistic status. I don’t share that perspective. And so my morning column is essentially me thinking out loud about markets, trends and news events that I’m trying to piece together into themes and narratives to help explain the world around me on topics that I find interesting. It’s really just a process of thinking out loud, trying to learn, and put the LEGOs together to make something a bit larger than the parts themselves.

Who should be reading your daily column? Is it just for Silicon Valley insiders?

It’s designed to help people who want to be more on the inside. I’m writing for the people in the world of technology, and the financial world that encompasses startups, to better understand where they work and how their jobs function inside the context of business.

If you work for a startup — you know, seed through late-stage — it probably is something that you might want to read, because you’ll better understand who’s doing well, and business models, where money is going, how exits are happening, what your options might be worth and maybe we’ll talk about the company you work for. So if you’re in that area, I would read it, but if you’re not, it’s probably wildly esoteric and not tailored for you.

Do you think your column could help someone become a better founder, or are you offering more specialized knowledge?

If founders wanted to understand more about the world around them, it is a useful read.

You can certainly build a company with blinders on and just run straight forward. And if everything goes well, you’ll look like a genius. But if you did want to kind of maybe look around a bit more — I cover transportation, fintech and venture trends, and you know, the Chinese market and stock market trades — I try to bring all this stuff in to explain what’s going on. If you wanted a broader view, I hope that my column will help. If it doesn’t, I’m failing.

Any interest in using what you’ve learned writing about startups to found your own company?

I worked for a bunch of startups. I worked for a startup in Chicago during college. Then I also worked for a startup in Portland and I founded a company with some friends called Contenture. TechCrunch covered us back in the day when I was in college, and the dissolution of that startup got me into writing. So I guess I rephrase your question, “am I willing to go back into building companies?” And the answer is no.

I love what I do. And I’m very, very lucky to get to do it. And this is the job that I want. So at least today, no. Maybe down the road as my perspectives, you know, change maybe, but I love writing. I get to write about stuff that I find fascinating.

Use discount code ALEX at checkout to save 25% off the price of an annual or two-year Extra Crunch subscription.

If you’re a founder who’s looking at the novel coronavirus, a possible recession, real uncertainty in public markets and more VCs who are demanding profitability, is this a good time to launch a startup? Or is this a bad time? Or is it just as dodgy as it ever was?

It’s a really good question. I’ve been talking with many people about this, in particular, Elizabeth Yin, who was breaking down the two-tiered founder world — how some people can raise infinite money and some people are kind of starving.

I think it’s a pretty good time to found a company because even if the fundraising market does change and become a bit more stiff and strict, it will be nothing compared to how bad it was in 2008. And nothing as bad as it was 2000 and 2001. So there’s going to be more capital and more risk tolerance. And sure, maybe you won’t be quite as fantastic, but it’ll still be good.

And that means that you have the fuel to build whatever it is that you think is going to change the world if it’s a good idea. I would get out there and go do it. “Good companies are born in bad times” as a theme isn’t wrong. They’re also founded in good times. But if you’ve got a really good idea and a solid team in mind, I don’t think the macro conditions should change the way you think about building a business.

Is there anything you wanted to add before we wrap up? We’re doing this interview for readers who aren’t already Extra Crunch subscribers. Why do you think they should sign up?

Extra Crunch is a grand experiment, and one that’s been a real pleasure to get to be a small part of. I want to thank everyone who’s come along for the ride so far. And if you haven’t yet, come over to try it.

TechCrunch as an organization is now doing three things at once. We’ve always done news and events. And now we’re doing something a little bit different at the same time. So thank you for everyone who’s taking this up with us. And we’re going to earn everyone else’s support and time as soon as we can.

Use discount code ALEX at checkout to save 25% off the price of an annual or two-year Extra Crunch subscription.