Israeli AI chipmaker Hailo today announced that it has raised a $60 million Series B funding round led by its existing investors, who were joined by new strategic investor ABB Technology Ventures, the venture arm of the Swiss-based multination ABB, NEC Corporation and Londons’ Latitude Ventures. The new funding will help Hailo to roll out its Hailo-8 Deep Learning chip and to get into new markets and industries.

“This immense vote of confidence from our new strategic and financial investors, along with existing ones, is a testimony to our breakthrough innovation and market potential,” said Orr Danon, CEO and co-founder of Hailo. “The new funding will help us expedite the deployment of new levels of edge computing capabilities in smart devices and intelligent industries around the world, including areas such as mobility, smart cities, industrial automation, smart retail and beyond.”

I last met with the Hailo team at CES in January. At the time, the company was showing off a number of impressive demos, mostly around real-time image recognition. What makes the Hailo chip stand out is its innovative architecture, which can automatically adapt resources to best run its users’ custom neural networks. With this, the chip doesn’t just run faster but is also far more energy efficient. The company promises 26 tero operations per second in performance from its chip, which it says “outperforms all other edge processors with its small size, high performance, and low power consumption.” 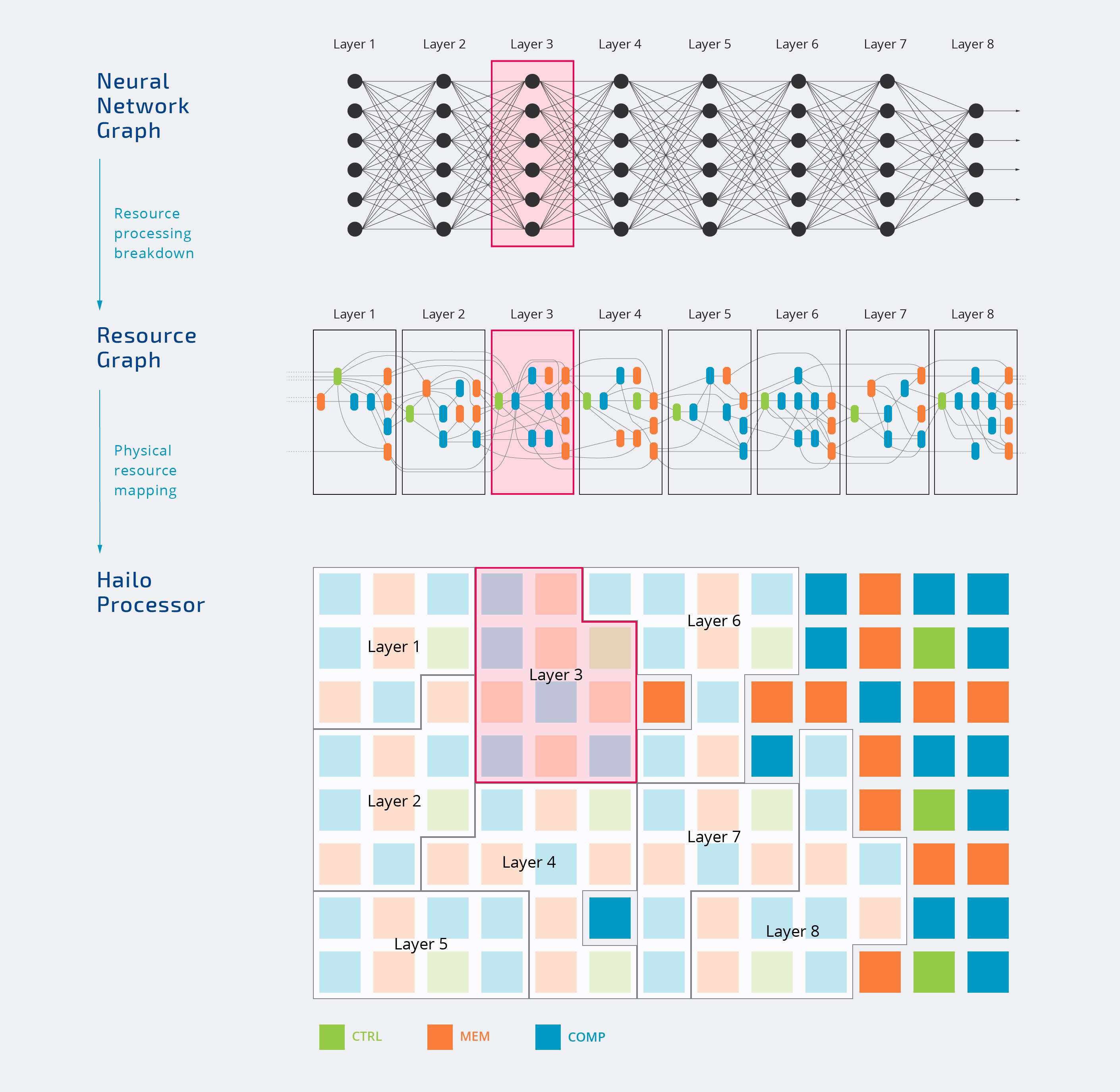 With this round, Hailo’s total funding is now $88 million. In part, the investor enthusiasm for Hailo is surely driven by the success of other Israeli chip startups. Mobileye, after all, went to Intel for $15.3 billion, which also recently acquired Habana Labs. And the time, of course, is ripe for deep learning chips at the edge now that AI/ML technology is quickly becoming table stakes.

“Hailo is poised to become a defining player in the rapidly emerging market for AI processors,” said Julian Rowe, partner at Latitude Ventures. “Their Deep Learning edge chip can be disruptive to so many sectors today, while the new, innovative use cases Hailo’s chips can unlock are just starting to reveal themselves. We’re thrilled to join the team for what lies ahead.”