You’ve no doubt heard about the three Ds of automation. Somatic’s robot handily qualifies for two. I’d say “dangerous” is probably a bit of a stretch here, but the robot is well-focused on replacing a job that’s generally regarded as both “dirty” and “dull.”

The startup, which is ostensibly based in the New York area (it’s a small, geographically dispersed team in search of a more permanent home) effectively came out of stealth onstage at TC Sessions: Robotics + AI at UC Berkeley. Its first product is a large, commercial restroom cleaning robot.

CEO Michael Levy compares the device to a “minifridge with a robot arm attached to the front.” Levy, who co-founded the company with CTO Eugene Zasoba, says he was inspired to develop a robot for bathroom cleaning after years spent working his way up at his grandfather’s restaurant.

“When I grew up, I did a bunch of jobs. He said, if you want to get to the register, you have start in the bathroom,” he explains. “The reason bathrooms are such a good application, because everything is bolted down to the floor. Things move in a predictable way. All commercial bathrooms built after 1994 are ADA compliant. What’s good for robotics is that lays a specific design.”

The static nature of most commercial restrooms means that robots only have to train on a space once. The team does the work remotely now, using a VR simulation of the bathroom to show the robot where to spray and wipe chemicals, vacuum and blow-dry. It’s an activity the team affectionately refers to as “the worst video game, ever.” Once all of that is in place, the robot uses a variety of sensors, including lidar, to navigate around. 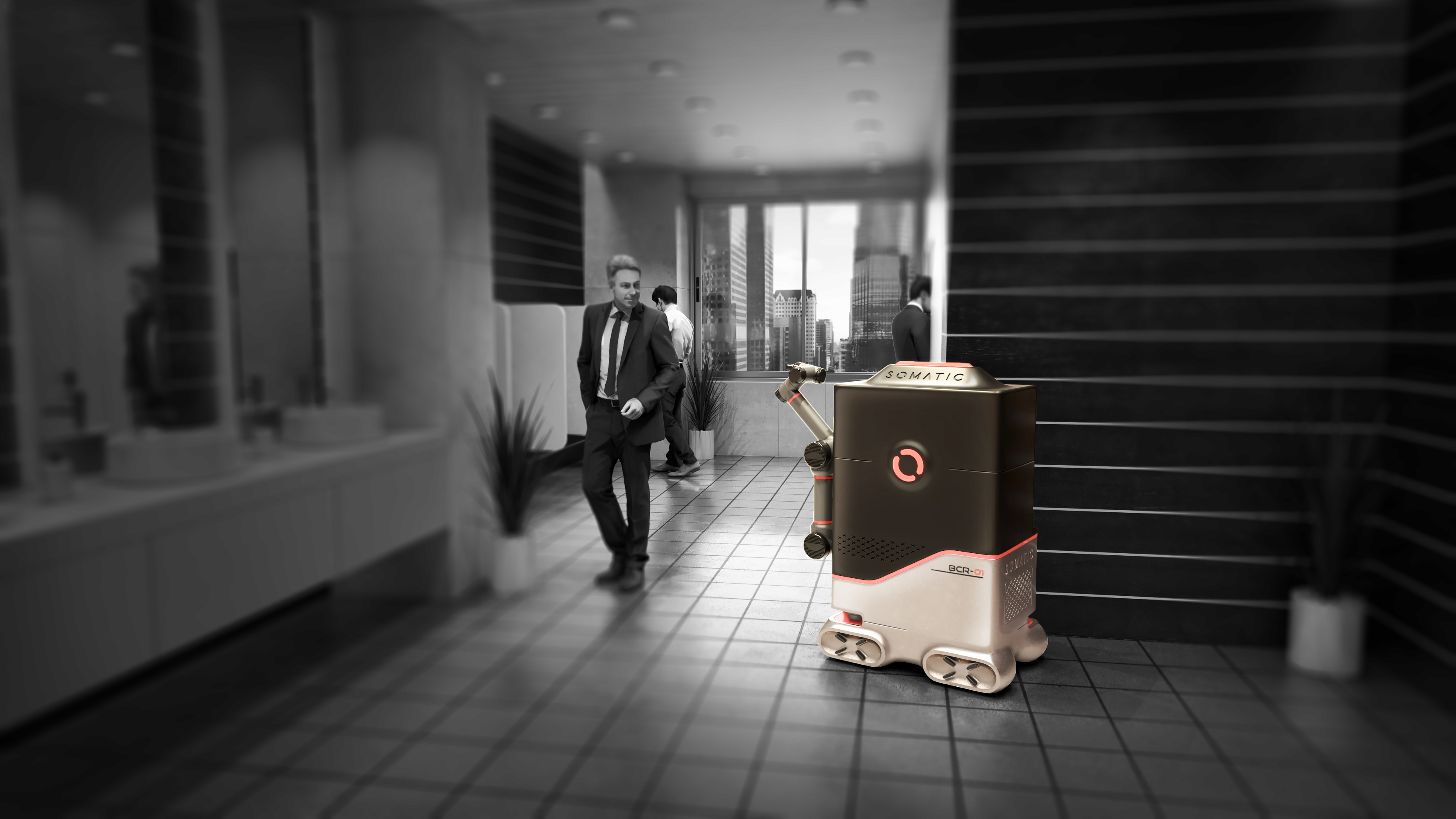 The robot will clean a restroom, then go to recharge and refill chemicals as needed. It should get around eight hours of cleaning done in a day and can even open doors and ride the elevator to get around buildings, according to Levy.

Prime targets include airports, casinos, office spaces and other spots with large commercial restrooms. The robot will be leased out for around $1,000 a month, after a trial phase. Somatic already has a handful of customers, including a FAANG company, whose offices are already being cleaned by the robot. 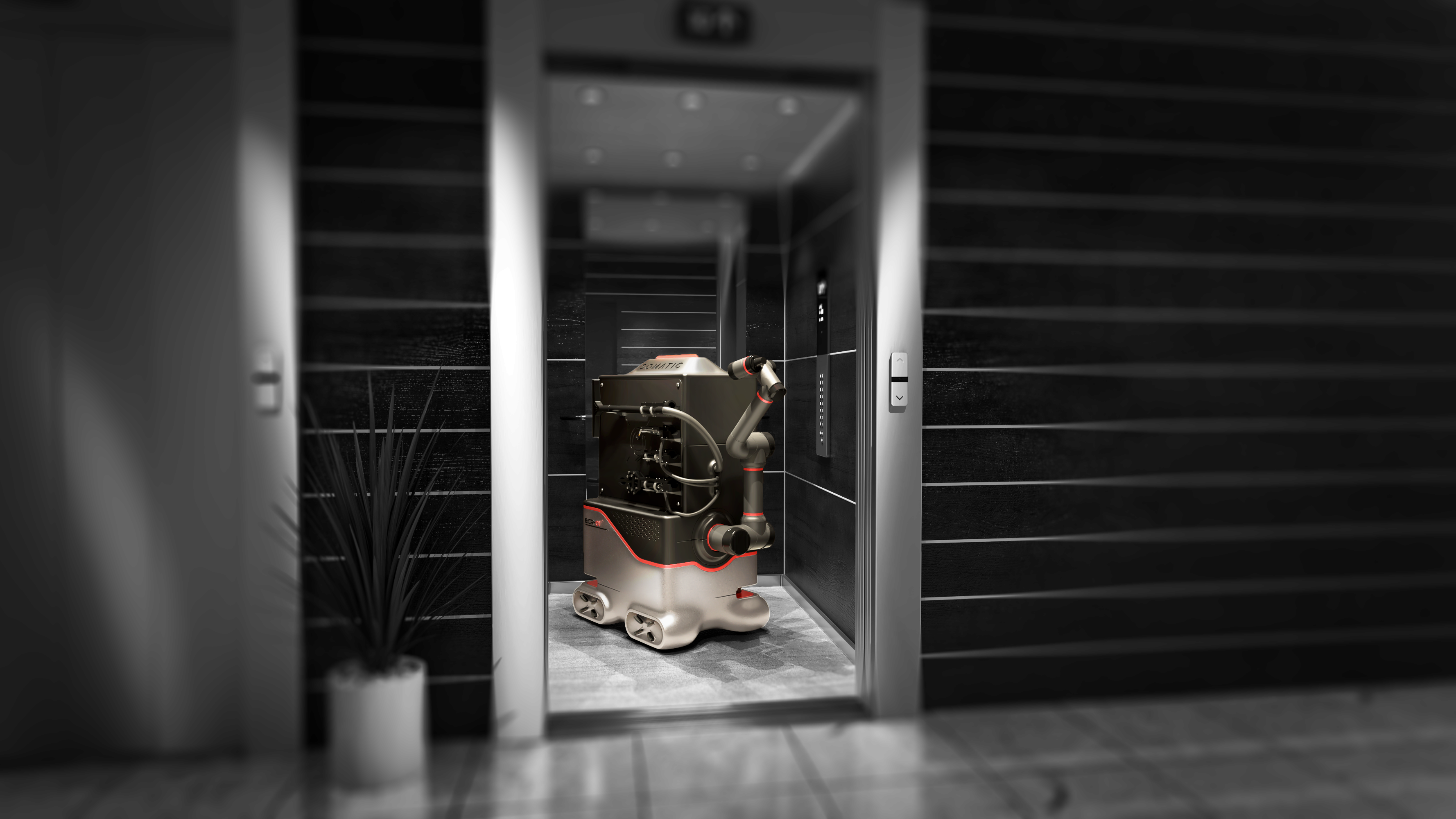