Apple is celebrating International Women’s Day with a full month of events across its retail stores, App Store and other platforms, including Apple TV, plus its Apple Books and Apple Podcasts applications. In March, Apple’s retail stores will host more than 5,000 “She Creates”-branded sessions as part of its “Today at Apple” event series focused on highlighting female leaders, artists, entrepreneurs and creators.

More than 100 sessions in select stores will be led by notable women, including co-chair of the Women’s March Linda Sarsour, as well as musicians Meghan Trainor and Victoria Monét and designer Carla Fernández. Two new sessions featuring the music of Alicia Keys are also now available, including a Music Lab where participants deconstruct her song “Underdog” and remix their own version with GarageBand.

Elsewhere across Apple’s platforms, the company will celebrate International Women’s Day with a variety of activities, including curated content on the App Store, Apple TV, Apple Podcasts, Apple Books and Apple Watch.

Notably, the U.S. App Store will feature an App of the Day and Game of the Day highlighting the work of female developers, designers and entrepreneurs every day during the month of March. 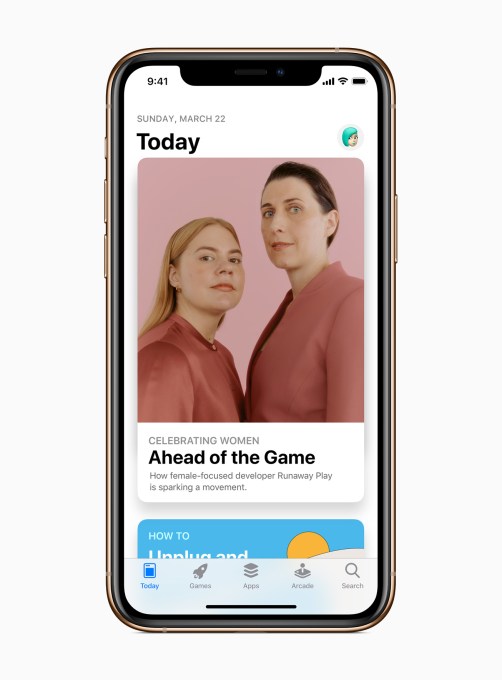 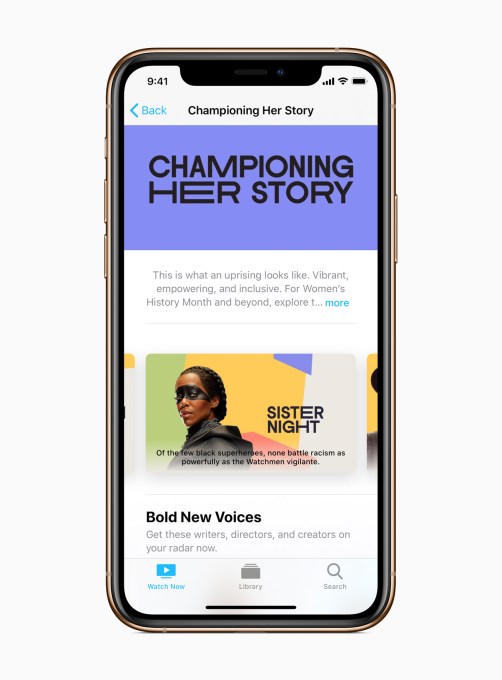 On the actual date of International Women’s Day, March 8, Apple will launch a curated collection of podcasts called “Changing the Narrative,” featuring women podcasters and shows.

Apple Books will showcase famous women’s favorite book picks, and Apple Watch users will be able to earn a special award and sticker set for Messages when they walk, run or wheelchair workout for 20 minutes or more on March 8. 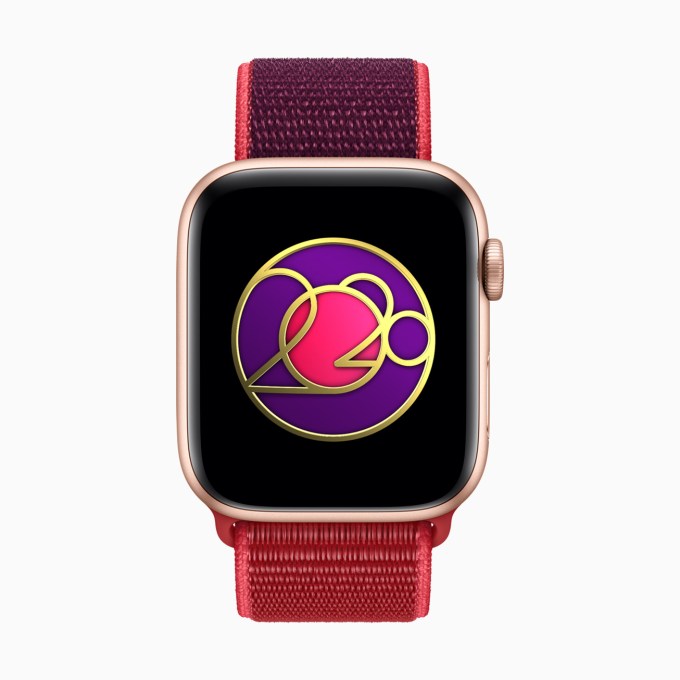