Applied XLabs is a new startup building tools that can automate data-gathering for journalists — and eventually, for knowledge workers in other industries.

The company is emerging from Brooklyn-based Newlab, with The Boston Globe as its launch partner. It will be led by Francesco Marconi (pictured above), who was previously R&D chief at The Wall Street Journal and head of AI strategy at the Associated Press.

Marconi told me that there’s a tremendous amount of data out there that could be useful to journalists, whether that’s inside public company filings or academic climate change research. But data-driven journalism remains a sliver of the industry, because “only a handful of organizations have the internal resources to create these types of tools, these types of analyses.”

The plan is for Applied XLabs to develop products to help newsrooms, starting with The Globe, automatically pull data and generate insights.

Vinay Mehra, president of The Boston Globe, said the hope is to use AI to improve the information that Globe journalists provide to different communities.

For example, Mehra said that The Globe has been expanding its coverage in Rhode Island, partly in response to the disappearance of local newspapers and the resulting “news deserts.” When the team started talking to the community about what kind of coverage they wanted to see, they came up with a long list of ideas like restaurant openings and closings. (That’s something news startup Hoodline, co-founded by Extra Crunch Managing Editor Eric Eldon, has also tried to tackle with data and automation.)

But providing comprehensive coverage in these areas is tough with a small newsroom, Mehra said: “We can’t keep throwing journalists at this.” So the idea is to “mine that data” and make existing journalists more effective.

At the same time, he emphasized that he doesn’t see AI as a way to replace journalists or justify newsroom cuts, and he noted that The Globe continues to hire.

“We can’t sit back and ignore these technologies that are coming out every day,” Mehra said. “The opportunity here is to redefine what is possible with AI, to expand our own thinking and horizons around how we do journalism today and how we serve these communities.”

Marconi added that ultimately, these tools could also be sold to knowledge workers in a variety of industries. 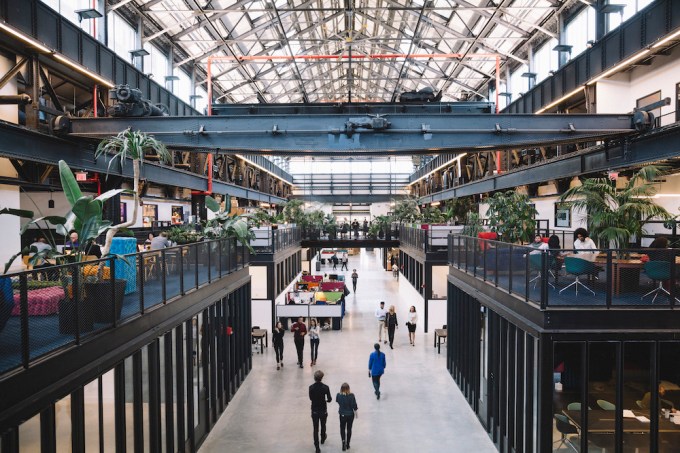 “The same way that you have Salesforce for managing the sales process, we are building the platform for knowledge workers,” he said. “The reason why it’s so important to start with news and why we’re working with journalists [is] the threshold is really, really high. If you are able to build products and seeds of information that editors can use and sign off on, then you can quickly expand into other industries.”

Applied XLabs is also the first startup to emerge from Newlab’s venture studio program. When we first visited Newlab back in 2016, it described itself as a workspace for companies in robotics, AI and other fields. Now it has created a studio model where it aims to bring together “diverse stakeholders” to create new companies in frontier tech.

“There is a substantial investment from Newlab, and in addition to capital, Newlab is providing all of the back-office services,” Marconi said. “I get the stability of an established company with the freedom, flexibility and creativity of a new venture.”