Waiting in a service station waiting room purgatory one day, Victor Darolfi had a simple thought. “I sat at America’s Tires for three hours and thought, hey, we use robots to put tires on at the factory,” the founder explains. “Why don’t we bring robots into the service industry?”

The notion was the first seed behind RoboTire, the Bay Area-based robotics company, which the former Spark Robotics CEO founded in October 2018. Now ready to come out of stealth as part of the latest batch of Y Combinator startups, RoboTire has already generated interest in the industry for its ability to change car tires in a fraction of the time of most mechanics.

“We can do a set of four tires, put in to pull out, in 10 minutes,” Darolfi explains. “It normally takes about 60 minutes for a human operator to do a set of four. Some can go faster, but they really can’t do that eight hours a day.” 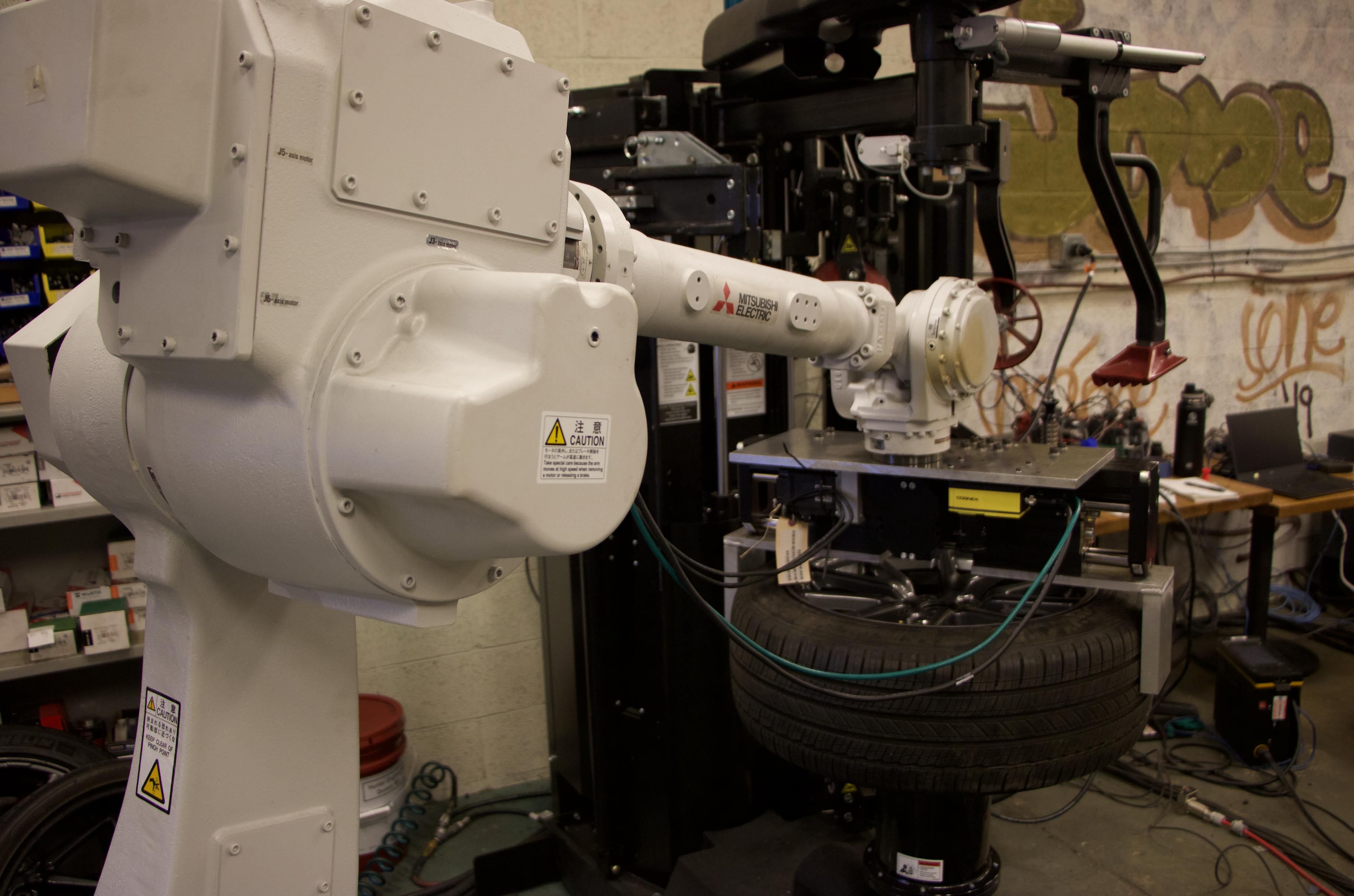 Partnering with Mitsubishi robotics, RoboTire has designed a system that currently runs around $250,000, which it’s looking to license to service centers, dealers and other outlets. For those who get in early as part of the company’s pilot, the company will charge around $5 to $7 per tire. When a more final product rolls out, that number should jump to around $10 to $15.

RoboTire anticipates that the robot should generate around $10,000 a month, essentially earning back the cost of a unit in around two years. While the startup has been in discussions with a number of high-profile companies, including Bridgestone, the first partner to pilot its product is San Carlos, Calif.-based auto repair shop, Toole’s Garage.

After raising $170,000 in February of last year, RoboTire closed a million-dollar seed round via Type One Ventures and Backend Capital, prior to getting into YC. Next, Darolfi says the company is targeting a “very substantial round” to build out eight systems for piloting.

The executive plans to manufacture and assemble systems in his native Detroit, an area with an abundance of automotive and manufacturing talent, but a dearth of job opportunities.