California-based mobility startup Zero Motorcycles has a new e-moto in its lineup — the fully-faired SR/S, unveiled today in New York.

The company’s CEO Sam Paschel pulled the cover off the two-wheeled EV, which is based on the platform of the company’s SR/F, released last year.

The new SR/S has the same battery and drive-train, delivering similar stats to the SR/F: a 124-mph top-speed, up to 200 miles of range, 140 ft-lbs of torque and a charge-time of 60 minutes to 95%, Paschel told TechCrunch at the debut. 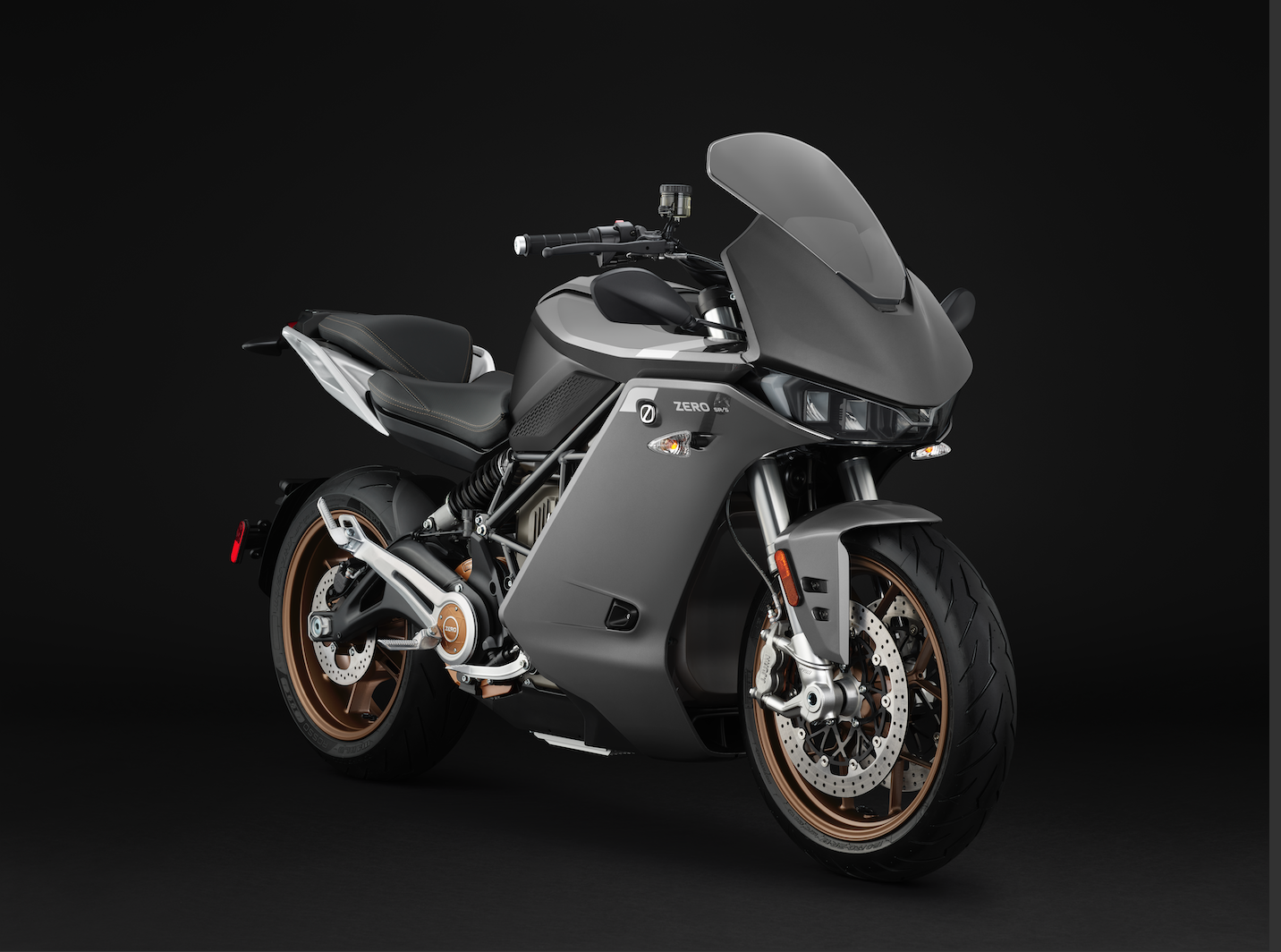 The major differences on the SR/S over the SR/F are the addition of the full-fairing, a more relaxed riding position (through re-positioning of the bars and pegs) and a 13% improvement in highway range, from better aerodynamics.

The fairing brings around 20 pounds more weight to to the SR/S over the 485-pound SR/F.

The SR/S starts shipping today to Zero’s global dealer network, which stands at 91 in the U.S. and 200 globally — the largest for any e-motorcycle company, according to Paschel.

He positioned the SR/S as more of a sport-touring machine than the the SR/F, which has a naked-bike set up that includes a more aggressive riding position and less aerodynamics on the highway.

Zero’s latest entries — the SR/F and the SR/S — come at a time when startups are pushing the motorcycle industry toward electric, though it’s not evident there’s enough demand to buy up all the new models.

The American motorcycle market has been stagnant for over a decade and is becoming crowded with EV offerings. New motorcycle sales in the U.S. dropped by roughly 50% since 2008 — with sharp declines in ownership by everyone under 40 — and have never recovered, according to Motorcycle Industry Council stats.

High-performance Italian EV company Energica has expanded marketing and sales in the U.S., along with Cake — a Swedish e-moto maker. This year should also see e-moto debuts by California-based Lightning Motorcycles and Fuell, a French and American-founded company with plans to release the $10,000, 150-mile range Flow.

Zero appears to have created an edge up on Harley’s LiveWire — coming in at $10,000 less than the $29,799 HD — though it’s hard to know how they stacked up against each other in 2019 since e-moto sales stats aren’t reliably tallied in the U.S.

Zero doesn’t release their sales numbers (though I tried my darnedest to pry them out of CEO Sam Paschel). 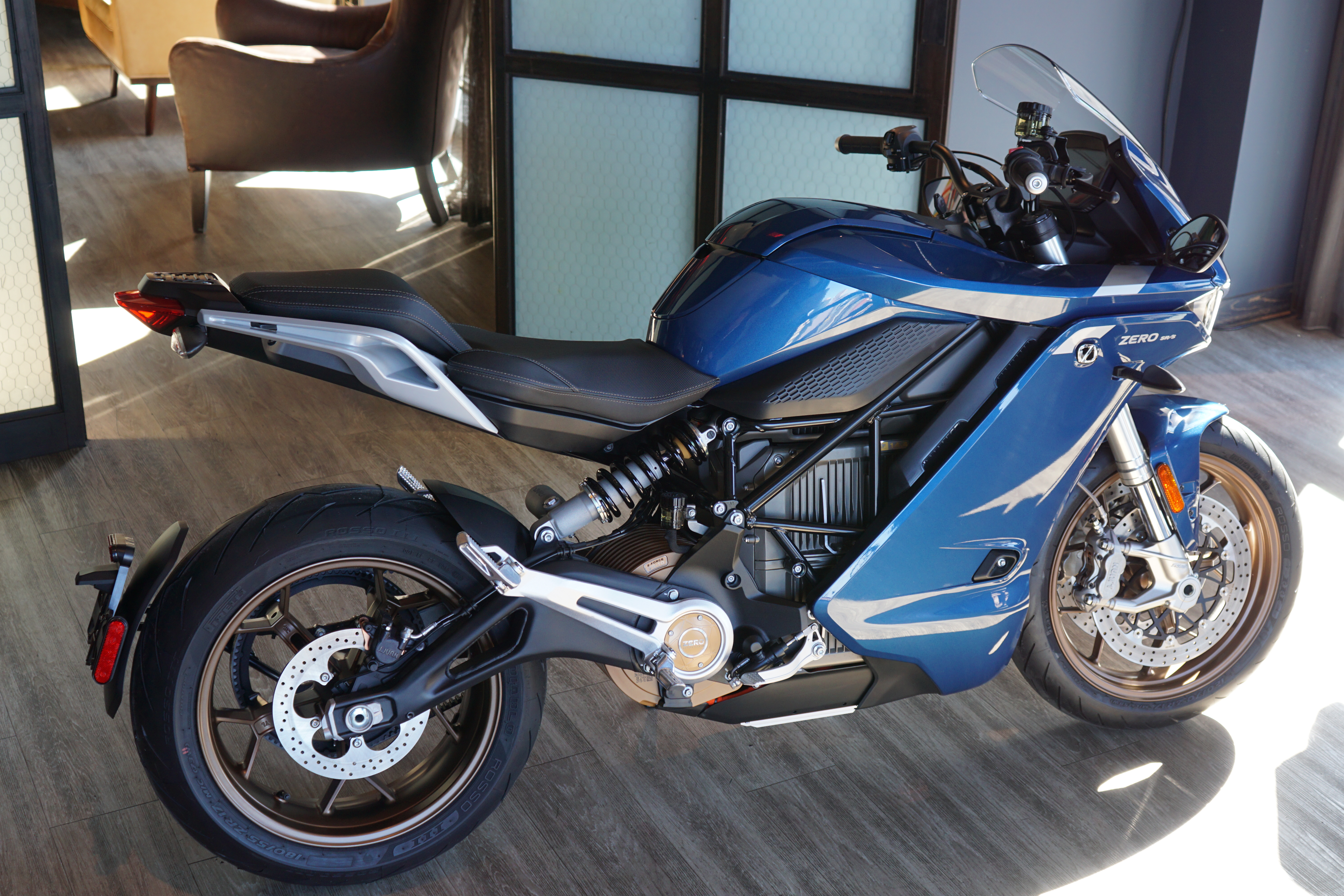 That price advantage over Harley’s LiveWire will carry over on Zero’s new SR/S, which could find its biggest competition in the anticipated release of Damon’s Hypersport.

The Vancouver e-moto startup plans to go to market with a 200-mph e-motorcycle debut. The $24,995 Hypersport is targeted toward Tesla owners and brings proprietary digital safety technology and adjustable ergonomics that are absent in Zero’s offerings — and pretty much anything else on the motorcycle market.

Time, burn rate and sales will tell which companies can find market-traction and turn a profit across all these new e-moto offerings.

Zero doesn’t divulge financials, but among the startups, they could be furthest along. The company, with $120 million of VC in its rear-mirrors — per Crunchbase — has no plans to raise more, according to Paschel.

“We don’t need it,” he told TechCrunch, adding that the venture’s biggest challenge in 2019 was keeping production up to speed with buyer demand for their SR/F.

Zero is likely hoping for that good kind of a problem with its new SR/S in 2020.