Hello again — or perhaps for the first time. This is Kirsten Korosec, senior transportation reporter at TechCrunch and your host here at The Station. This weekly newsletter will also be posted as an article after the weekend — that’s what you’re reading now. To get it first, subscribe for free. Please note that there will not be a newsletter February 22.

It was a drama-filled week with a hearing on the hill in D.C. about autonomous vehicle legislation that got a bit tense at times. Meanwhile, Uber tipped its hat to the past, EV startup Lucid started to lift the veil on its Air vehicle (scroll down for a spy shot!) and micromobility prepared for headwinds in Germany.

Before I ride off into the sunset for my vacation, one reminder for y’all. Don’t forget to reach out and email me at kirsten.korosec@techcrunch.com to share thoughts, opinions or tips or send a direct message to @kirstenkorosec.

Welcome back to micromobbin’, a regular feature in The Station by reporter Megan Rose Dickey. Before we get into her micromobility insights, a quick note that shared scooters are facing a fight in Germany that has prompted companies to unite over their “shared” cause. (Get it?)

Micromobility vehicles, first legalized in Germany last June, have flooded the marketplace and caused a backlash in cities like Berlin, where at least six apps, including Bird, Circ (now owned by Bird), Lime, Tier, Uber Jump and Voi operate. As the Financial Times first reported, amendments to the country’s Road Traffic Act would give individual cities the power to heavily restrict the areas in which e-scooters can be parked or ban them altogether.

Now back to Dickey’s micromobbin’.

Swiftmile, the startup that wants to become the gas station for electric micromobility vehicles, announced its move into advertising this week. Swiftmile already supplies cities and private operators with docks equipped to park and charge both scooters and e-bikes. Now, the company is starting to integrate digital displays that attach to its charging stations to provide public transit info, traffic alerts and, of course, ads.

Meanwhile, Bird unveiled more details about its loyalty program, called Frequent Flyer. It’s currently in the pilot phase, which means it’s only available in select markets. But the benefits for riding five times in 28 days include no start fees for rides between 5 a.m. to 10 a.m., Monday through Friday and the ability to reserve your Bird in advance for up to 30 minutes at no cost.

We don’t just hear things. We see things too. This week in a little bird — the place where we share insider news, not gossip — I’m going to share two spy shots of a production version of Lucid Motors’ upcoming Air electric vehicle. See below.

The photos of the production version of the Lucid Air were taken during an event hosted for some of the vehicle’s first reservation holders. (I wasn’t there, but luckily some readers of The Station were.) By the way, we also hear that reservations are in the “low four figures.” 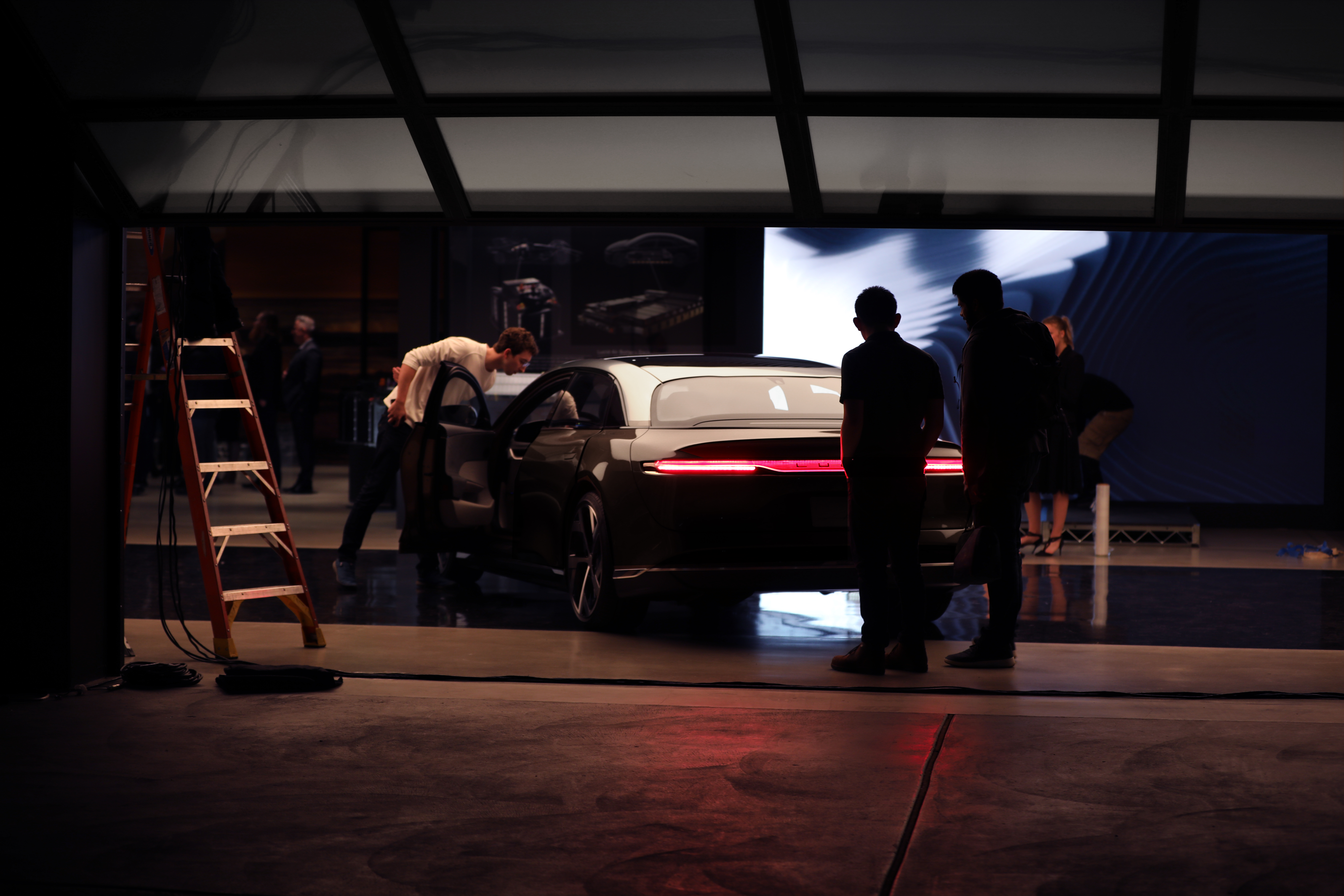 You’ll notice that the production version of the Air is nearly identical to the beta version. Unfortunately, we don’t see the interior. But reports suggest it falls in the understated luxury category and without giant screens. 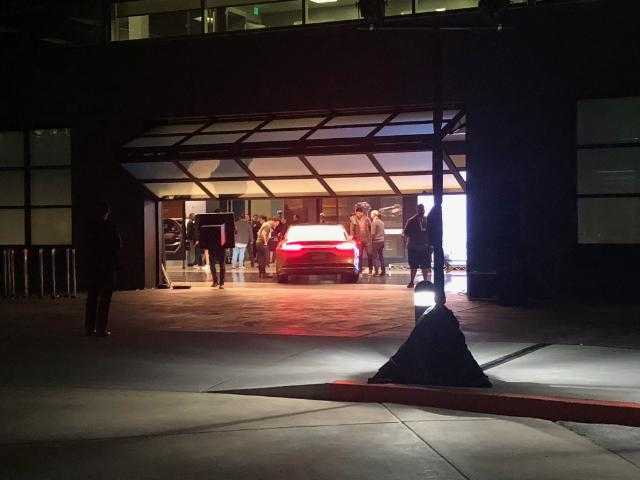 Lucid is preparing for one of the more important moments in its history as a company. The production version of Air will be unveiled in April at the New York Auto Show. In the run-up to the auto show, Lucid is revealing more information about the vehicle, including a recent video that suggested the vehicle had a real-world range of more than 400 miles. Lucid has hit that 400-mile range in simulated testing, but how it operates on the roads is what really matters.

What’s impressive, if those numbers bear out, is that it was accomplished with a 110-kWh battery pack. That’s an improvement from back in 2016 when Lucid said it would need a 130-kWh battery pack to achieve that range. In my past conversations with CEO Peter Rawlinson — and one wild ride with him behind the wheel of an early Air prototype in Vegas — it’s clear he is obsessed with battery efficiency. That apparently hasn’t waned.

And late Friday, Tesla CEO Elon Musk tweeted that the Tesla Model S now has an estimated EPA range above 390 miles or ~630 km.

It got a little prickly on Capitol Hill during a House panel hearing this week that aimed to tackle how best to regulate autonomous vehicles. Watch the hearing to see it all unfold. Here’s a handy link to it.

A quick history lesson: The SELF DRIVE ACT was unanimously passed in 2017 by the Republican-controlled House of Representatives. AV START, a complementary bill introduced in the Senate, failed to pass because Democrats said it didn’t go far enough to address safety and liability issues.

A bipartisan group revived efforts to come up with legislation that would address Democrat concerns and give auto manufacturers and AV developers greater freedom to deploy vehicles that lack controls like a steering wheel or pedals, which are currently required by federal law.

There was some level of public agreement between the traditional auto manufacturers and AAJ over the issue of accountability. But there is still a huge divide between organizations like the Consumer Technology Association and safety advocates and trial lawyers over the issue of forced arbitration.

Groups like the American Association for Justice, a group representing trial lawyers, want to ban forced arbitration in any autonomous vehicle bill.

Meanwhile, CTA president and CEO Gary Shapiro submitted testimony that was clearly opposed to limiting the use of arbitration. The CTA argues that arbitration reduces the cost of litigation and provides more timely remedies.

People who were in the room told me they were surprised by how unwavering Shapiro’s comments were, and suggested that it wasn’t in step with how some auto manufacturers view the issue.

Following the hearing, the House Energy and Commerce and Senate Commerce, Science and Transportation committees circulated seven sections to industry groups covering issues such as crash-data sharing and cybersecurity, according to reporting by Bloomberg Government. There was one missing provision. Any guesses? Yup, the provision dealing with forced arbitration. That has caused some Democrats to abandon the bill.

There are two ways for this bill to survive in this congressional session — by unanimous consent, meaning everyone agrees to it, or by being attached to another bill. The first option is highly unlikely. And the second is just as slim, as there are limited opportunities in the Senate to attach self-driving legislation to another bill.

Two items to mention that illustrate how the world of ride hailing continues to evolve.

First up is Uber. The company is piloting a new feature aimed at older adults that will let customers dial a 1-800 number and speak to an actual human being to hail a ride. The pilot is launching in Arizona, followed by other yet unnamed states. Sounds sort of familiar, doesn’t it?

It’s not quite like calling a taxi dispatcher, though. You’ll still need a phone that can receive SMS or text messages to get information on the driver and their ETA.

Now let’s jump over to Nigeria where new regulations in the country’s commercial center of Lagos are creating some chaos.

Lagos has started to restrict where shared motorcycles, called okadas, can operate. That is affecting motorcycle-taxi businesses like ORide, Max.ng and Gokada.

In a statement via email, ORide’s senior director of Operations, Olalere Ridwan, said the rules entail “a ban on commercial motorcycles…in the city’s core commercial and residential areas, including Victoria Island and Lagos Island.”

The motorcycle taxi limitations have also thrown off Lagos’s disorderly transit grid — overloading other mobility modes (such as mini-buses) and forcing more people to pound pavement and red-dirt to get to work, according to reporter Jake Bright. 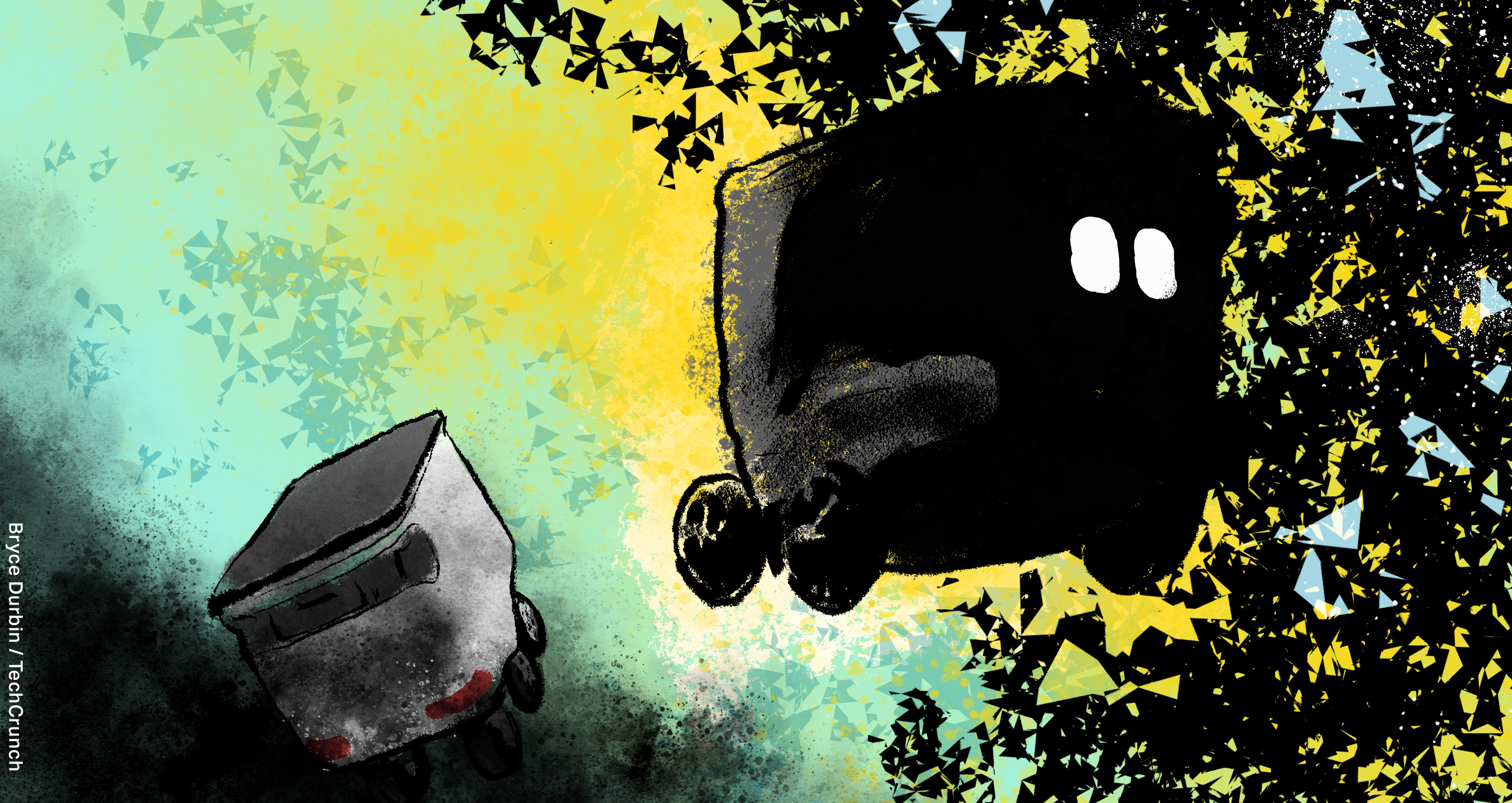 I wanted to highlight one of our ONMs, otherwise known as original news manufacturers. Ba dum bump.

Freelancer Mark Harris is back with a scoop on Google’s short-lived Bookbot program and how its death sparked a new and still-in-stealth startup called Cartken.

Bookbot was a robot created within Google’s Area 120 incubator for experimental products. The plan was to pilot an autonomous robot in Mountain View that would pick up library books from users and bring them back to the library. Apparently, it was well received. But it was killed off far before its nine-month pilot was slated to end. Bookbot’s demise followed Google’s decision to scale back efforts to compete with Amazon in shopping.

But Bookbot appears to be back, albeit in a slicker form and with a broader use case than a library book shuttle. Engineers working on Bookbot as well as a logistics expert who was once in charge of operations at Google Express left the company to form Cartken in fall 2019.

Check out Harris’ deep dive into Bookbot, Google’s shift away from shopping and Cartken.

You might have heard or read here in this newsletter that TC Sessions: Mobility is returning for a second year on May 14 in San Jose — a day-long event brimming with the best and brightest engineers, policymakers, investors, entrepreneurs and innovators, all of whom are vying to be a part of this new age of transportation.

Now here’s my discount deal for you. To get 10% off tickets, including early-bird, use code AUTO. The early-bird sale ends April 9. Early-bird tickets are available now for $250 — that’s $100 savings before prices go up. Students can book a ticket for just $50. Book your tickets today.

Expect more announcements each week leading up to the May 14th event.