The app industry is as hot as ever, with a record 204 billion downloads in 2019 and $120 billion in consumer spending in 2019, according to App Annie’s recently released “State of Mobile” annual report. People are now spending 3 hours and 40 minutes per day using apps, rivaling TV. Apps aren’t just a way to pass idle hours — they’re a big business. In 2019, mobile-first companies had a combined $544 billion valuation, 6.5x higher than those without a mobile focus.

This week, we look at YouTube TV’s decision to stop revenue-sharing with Apple, another mobile voting app with serious flaws, new Apple launches in coding and AR, Microsoft’s game-streaming service Project xCloud arrival on iOS and other notable app news and trends, including WhatsApp’s big 2 billion user milestone, and more.

This week, YouTube emailed customers subscribed to its YouTube TV service by way of Apple’s in-app purchases to let them know that this subscription offering will be discontinued starting on March 13, 2020. Current subscribers will have their subscription canceled automatically on their billing date after March 13, the letter said.

This is a pretty severe way for Google to end its subscription revenue-sharing with Apple, however. Most companies that decide to shut off in-app subscriptions still continue to honor those from existing subscribers — they just stop selling to new customers. In YouTube TV’s case, it’s actually ending its relationship with all its customers on Apple devices with the hope they’ll return and resubscribe. That’s quite a risk, given that YouTube TV is not the only streaming TV service out there, and customers getting their subscription canceled may take this opportunity to shop around. The timing is also poorly thought-out, given that YouTube TV just picked up new subs following Sony’s PlayStation Vue shutdown — and now it’s kicking them out.

The move makes Google the latest company to rebel against Apple’s 30% cut of all in-app payments (which drops to 15% in year two). A growing number of app publishers are refusing to share a cut of their revenue with Apple — even saying that Apple’s decision to charge this fee is anti-competitive. For example, Spotify believes Apple’s fee makes it more difficult to compete with Apple’s built-in music service, and has raised the issue repeatedly to regulators. Netflix also stopped paying the “Apple tax” over a year ago. 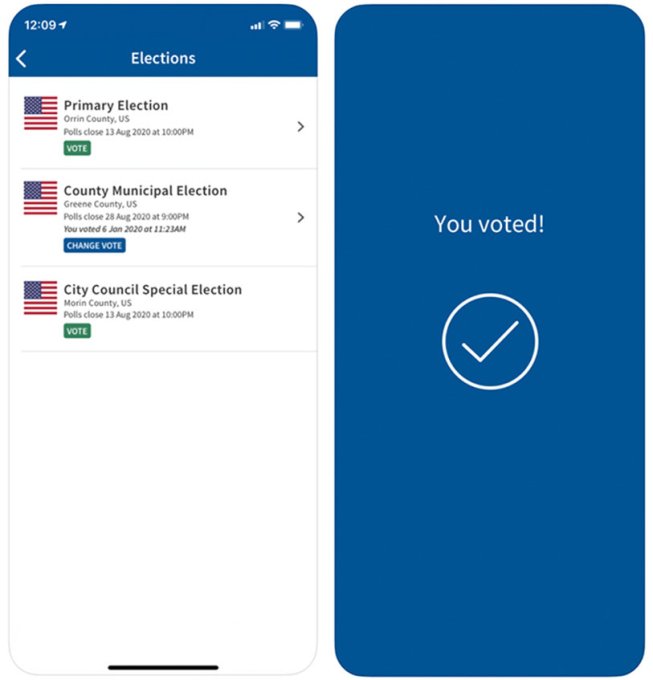 Above: Voatz, via The NYT

Last week, we looked at how a smartphone app meant to tabulate votes from the caucuses really screwed things up in Iowa. This week, MIT researchers took a look at mobile voting app Voatz, which has been used to tally votes for federal elections in parts of West Virginia, Oregon, Utah and Washington as part of various mobile voting pilot programs. The researchers found the app was riddled with security flaws that would let attackers monitor votes or even change ballots or block them without users’ knowledge. Attackers could also create a tainted paper trail, making a reliable audit impossible — despite Voatz’s promise of using blockchain technology to increase security. One security expert, speaking to VICE, called the app “sloppy” and filled with “elementary” mistakes.

Coming on the heels of the Iowa caucus mobile voting disaster, this latest news delivers another huge blow to the promise of mobile voting in the U.S.