Intuition Robotics, the company best known for its ElliQ robot, a digital home companion for the elderly, today announced that it has raised a $36 million Series B round co-led by SPARX Group and OurCrowd. Toyota AI Ventures, Sompo Holdings, iRobot, Union Tech Ventures, Happiness Capital, Samsung Next, Capital Point and Bloomberg Beta also participated in the round. This brings the total funding for the company, which was founded in 2016, to $58 million.

The company, which sees it as its mission to build digital assistants that can create emotional bonds between humans and machines, also disclosed it is working with the Toyota Research Institute to bring its technology to the automaker’s LQ concept. Toyota previously said that it wanted to bring an empathetic AI assistant to the LQ that could create a bond between driver and car. Intuition Robotics’s Q platform helps power this assistant, which Toyota calls “Yui.” 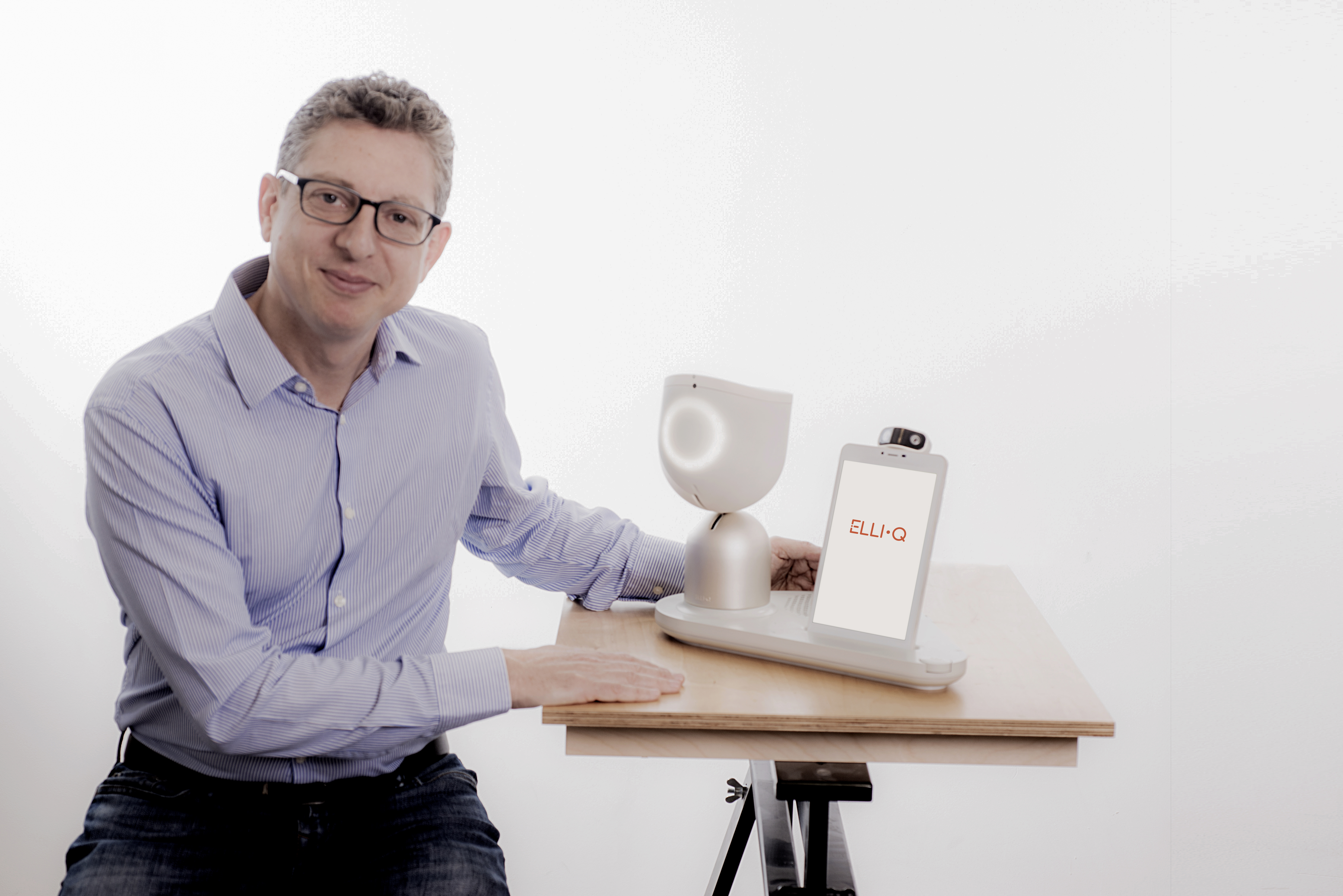 Intuition Robotics CEO and co-founder Dor Skuler tells me that the company spent the last two years gathering data through ElliQ. In the process, the company spent more than 10,000 days in the homes of early users to gather data. The youngest of those users were 78 and the oldest 97.

On average, users interacted with ElliQ eight times per day and spent about six minutes on those interactions. When ElliQ made proactive suggestions, users accepted those about half the time.

“We believe that we have been able to prove that she can create an enduring relationship between humans and machines that actually influences people’s feelings and behaviors,” Skuler told me. “That she’s able to create empathy and trust and anticipate the needs of the users. And that, to us, is the real vision behind the company.”

While Intuition Robotics is most closely identified with ElliQ, that’s only one area the company is focusing on. The other is automotive. In the car, the empathetic AI assistant will adapt to the individual user and, for example, provide personalized suggestions for trying out new features in the car or suggest that you open the window and get some fresh air when it senses you are getting tired. As Skuler stressed, the car is actually a great environment for a digital assistant, as it already has plenty of built-in sensors.

“The agent gets the data feed, builds context, looks at the goals and answers three questions: Should I be proactive? Which activity should I promote? And which version to be most effective? And then it controls the outcomes,” Skuler explained. That’s the same process in the car as it would be in ElliQ; indeed, the same code runs in both.

In order to allow third-parties to build these interactions, the Intuition team decided that it needed to develop specialized tools and a new language that would help designers — not programmers — create the outlines of these interactions for the platform.

Unlike ElliQ, though, the assistant in the car doesn’t move, of course. In Toyota’s example, the car uses lights and a small screen to provide additional interactions with the driver. As Skuler also told me, the company is already working with another automotive company to bring its Q platform to more cars; however, he wasn’t ready to disclose this second automotive partner.

“Intuition Robotics is creating disruptive technology that will inspire companies to re-imagine how machines might amplify the human experience,” said Jim Adler, founding managing partner at Toyota AI Ventures, who will also join the company’s board of directors.

Intuition Robotics’ team doubled over the course of the last year and the company now has 85 employees, most of whom are engineers. The company has offices in Israel and San Francisco.

Unsurprisingly, the plans for the new funding focus on building out its assistant’s capabilities. “We’re the only company in the world that can create these context-based, nonlinear personalized interactions that we call a digital companion,” Skuler told me. “We assume people will start doing similar things. There’s a lot more work to do. […] A big part of the work is to increase our research activities and increase the tools and the performance of the runtime engine for the agent.” He also told me that the team continues to gather data about ElliQ so it can prove that it improves the quality of life of its users. And in addition to this, the company obviously also will continue to build out its work around cars.

“We cracked something nobody’s cracked before,” Skuler said. “And now we’re on the verge of getting value out of it. And it will be hard work because this is not an app. It’s really hard work but we want to capture that value.”