Samsung did a surprisingly good job keeping the Galaxy Fold under wraps, surprising the world with its first foldable this time last year during the Galaxy S10 unveil. When it came to the Galaxy Z Flip, on the other hand, the company just went ahead and showed the whole thing off during an Oscar ad buy. (Not to mention numerous Samsung employees playing around with the handsets in their seats this morning, ahead of unveil). Crazy world, these mobile phones.

Of course, that’s not to say we haven’t known about the Flip for a while now. Samsung teased out the Moto Razr-style form factor before it even officially announced the Fold. Samsung wanted to make it perfectly clear that the foldable wasn’t just a one-and-done situation for the company.

Samsung teases videocalling on its next foldable during the Oscars

The company kicked off today’s Unpacked event by unveiling the new foldable, which it claims is “like nothing you’ve ever seen before.” Which, well, isn’t exactly true.

Certainly the Z Flip form factor seems a more logical one, harkening back to pre-smartphone days of clamshell devices. Of course, the Razr has been running into its own issues after its recent release. Between that and — even more notable — the Fold’s myriad problems, the Z Flip will no doubt be under as much scrutiny as any handset in recent memory. 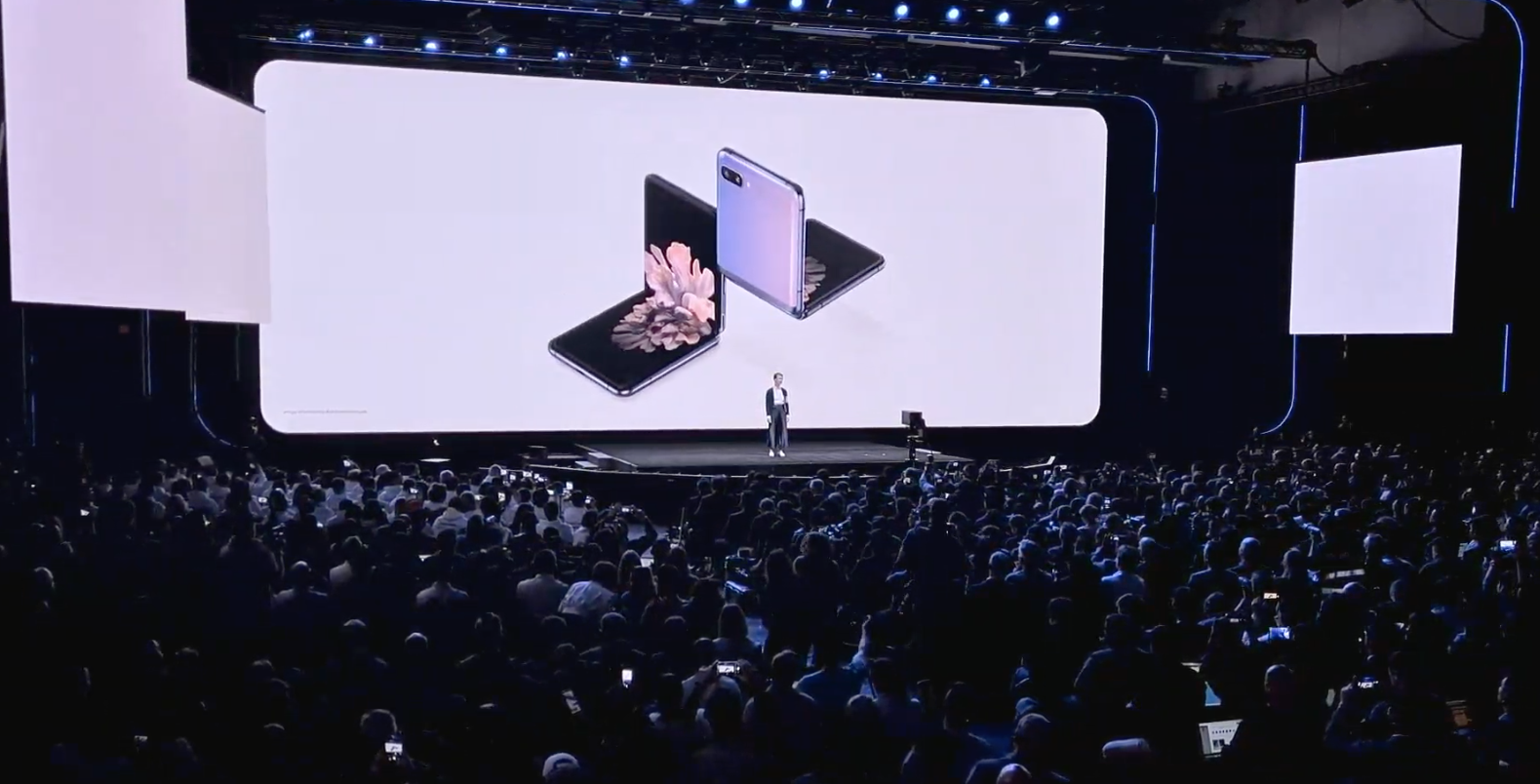 When opened, the screen is 6.7 inches, with a hole-punch camera up top. When closed, there isn’t much of a display, beyond a quick bar that offers time, notifications and battery life. Users can also snap selfies with the case closed. The clam shell comes in three colors: black, purple and gold.

One assumes that Samsung learned plenty of lessons from the original Fold, after having to go back to the drawing board when multiple reviewers wound up with broken units. 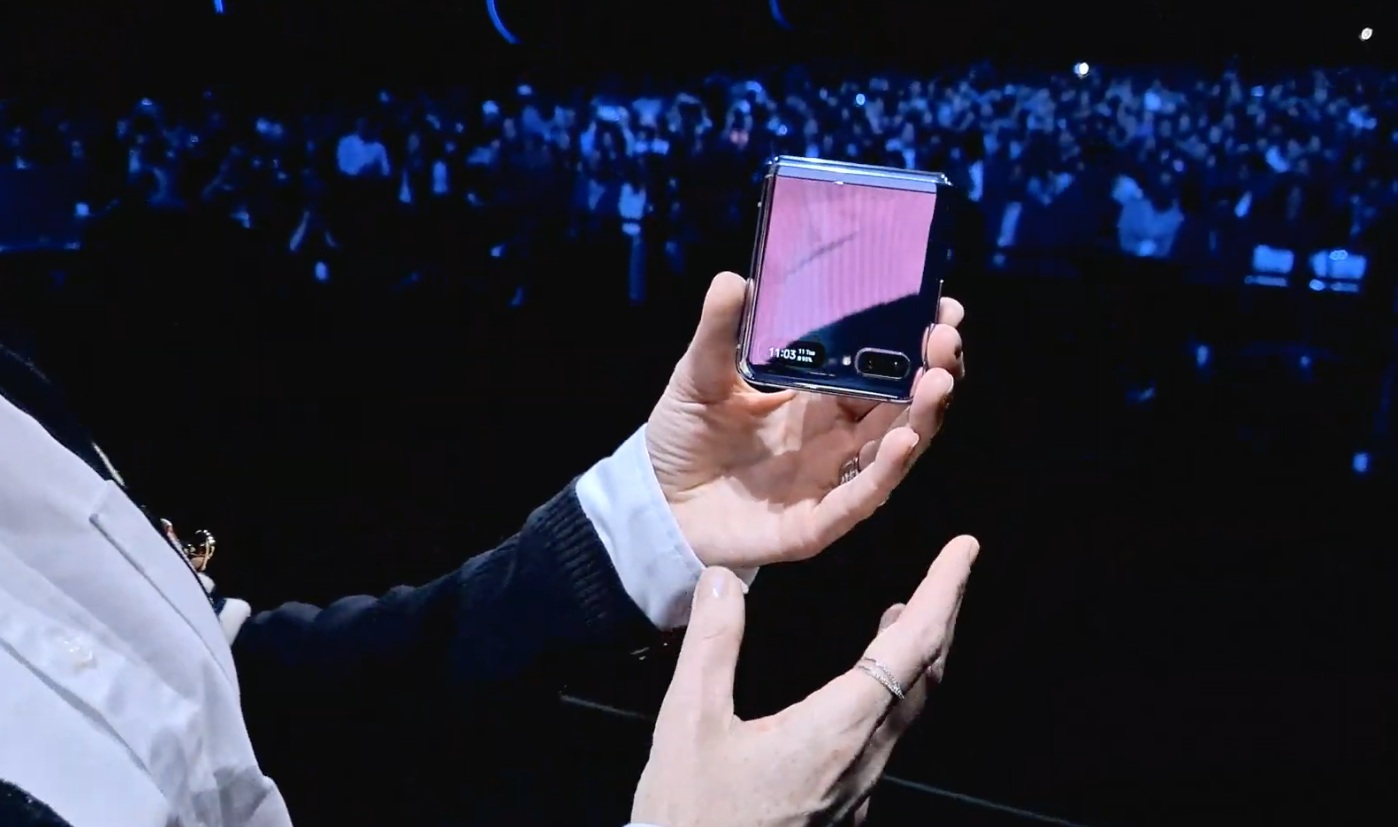 Samsung claims the device can handle 200,000 flips, courtesy of foldable glass — which should give it some extra durability. In an off-handed reference to earlier issues, the company noted that the hinge is designed to keep debris out, one of the major downfalls of the first-gen Fold, which allowed dust and particles behind the screen, damaging it when users pressed down. The new phone has a kind of brush system inside to keep stuff out.

Obviously we can’t quite speak to durability just yet (though I, for one, am excited to get my hands on the thing), but at $1,380, it’s priced — well, it’s less expensive than the $2,000 Galaxy Fold, at least. That puts it more in line with the new Razr, not to mention, Samsung’s just now introduced Galaxy S20 Ultra.

The Flip will be available on Valentine’s Day.

A Thom Browne Edition, meanwhile, will bring the iconic designer’s touch to the device, which will be highlighted in more detail at a special event tomorrow in New York as part of Fashion Week.