At least once a year, Samsung pulls hundreds of reporters, analysts and industry folk into one big room for an event it calls “Samsung Unpacked,” where the company shows off all of their latest flagship devices. The first Unpacked of 2020 was held this morning in San Francisco — and from $1,400 folding smartphones to handsets with cameras packing 100x zoom, it was a doozy.

Don’t have time to watch the one-hour live stream yourself or read through a bunch of different articles to catch up? Here’s the most important bits: 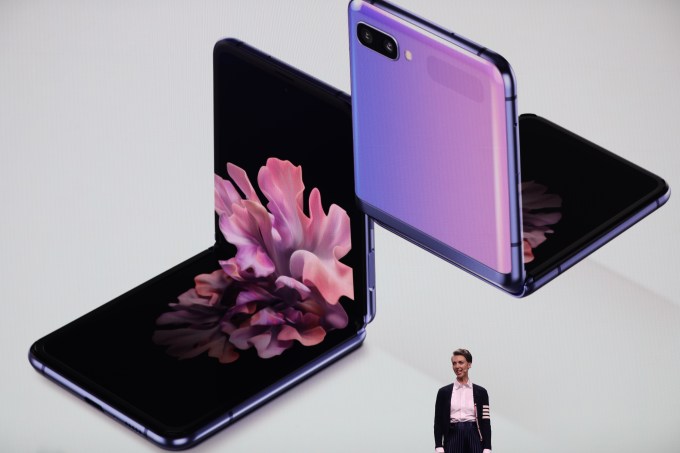 And there it is! After a handful of leaks — and an entire friggin’ commercial that aired during the Oscars over the weekend — Samsung’s flip phone-style folding smartphone is officially official. Called the Galaxy Z Flip, it should start shipping by February 14th for the somewhat eye-popping base price of $1,380.

Unfolded, the screen comes in at 6.7 inches. Folded, a small exterior display allows for some lightweight functionality— things like notifications, battery life indicators and quick selfies. There’s also a sort of halfway unfolded, laptop-style mode (pictured above) that Samsung calls “Flex mode,” which they pitch as being particularly good for hands-free video calls.

Samsung’s earlier prototypes of a folding phone saw issues with dust and debris getting into the hinge and damaging the screen from behind; Samsung says it addressed this with a layer of fibers inside the hinge meant to keep stuff out. 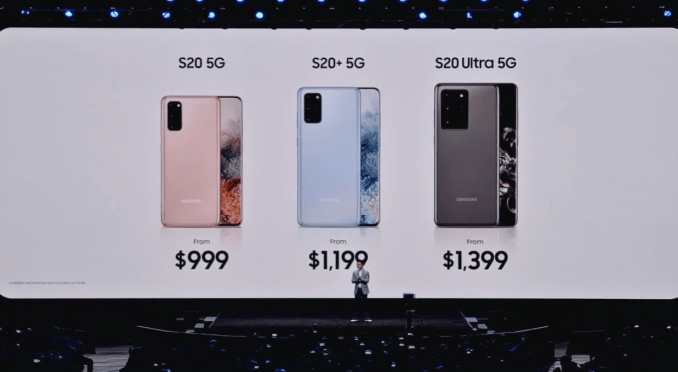 Like many smartphones launched recently, Samsung’s main focus here is the camera — and the specs here, at least on paper, are pretty mind-blowing.

The S20 has three cameras, the beefiest of which is a 64-megapixel telephoto lens. The S20+ and S20 Ultra bump it up to four cameras with the introduction of a depth sensor, and the S20 Ultra alone packs a rather wild 108-megapixel sensor on the wide angle lens. The camera specs vary quite a bit from model to model and it can all get pretty confusing, so here’s Samsung’s spec sheet breakdown for reference:

The S20 and S20+ will support up to 30x “Space” (digital) zoom; the S20 Ultra bumps it up to 100x. All three phones will also shoot 8K video. A feature Samsung calls “Single Take” allows you to take one short video and get multiple options to choose from in return — boomerangs, looping clips, AI-enhanced photos, etc.

As a fun surprise, Samsung revealed midway through Unpacked that the live stream itself was being shot and streamed from S20s: 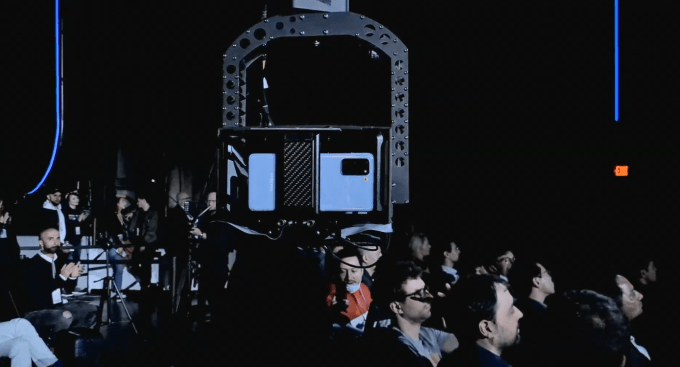 Samsung says pre-orders should start by February 21st, with the devices hitting shelves on March 6th. 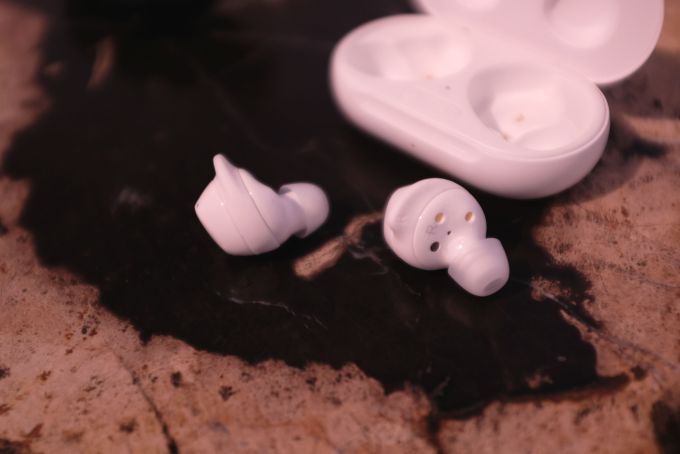 Samsung’s answer to Apple’s AirPods are getting an upgrade. While the Galaxy Buds+ look pretty much identical to the original Buds, the (already quite solid) sound quality should be improved across the board; they’re shifting from a single driver system to a dual driver system, and bumping the number of microphones up from two to three.

Samsung says that the Buds+ should be able to run for up to 11 hours on a full charge, with the companion charging case providing another 11 hours of charge in a pinch. If you’ve got a compatible Galaxy phone, meanwhile, it’ll be able to charge the Buds+ wirelessly through the “PowerShare” feature the company debuted last year; hold the Buds+ case against the phone for just 3-4 minutes, says Samsung, and it’ll give them a full hour of juice.