Nigeria’s commercial hub of Lagos has shaken up its transportation order.

At the center are the West African country’s motorcycle taxis — referred to locally as okadas — which face newly enforced regulatory restrictions on their movement.

Ventures Max.ng, ORide, and Gokada have received millions from American, Japanese, and Chinese investors to shift the continent’s motorcycle-taxi markets to on-demand mobility.

The three startups have been in a race for capital and market share — with the streets of Lagos serving as a competition course for developing platforms that can scale in Africa.

Gokada raised $5.3 million in May. Max.ng raised a $7 million Series A round in June 2019, with Yamaha on board, to pilot renewable energy powered e-motos in Africa.

Fueled by fresh capital, the bright colored helmets of these ride-hail startups buzzing through Lagos traffic have become a backdrop in the city of 21 million.

That flow of motorcycle taxis (and traffic at large) slowed on February 1, when the municipality that governs Lagos — Lagos State — began enforcement of its 2018 Transit Sector Reform Law. 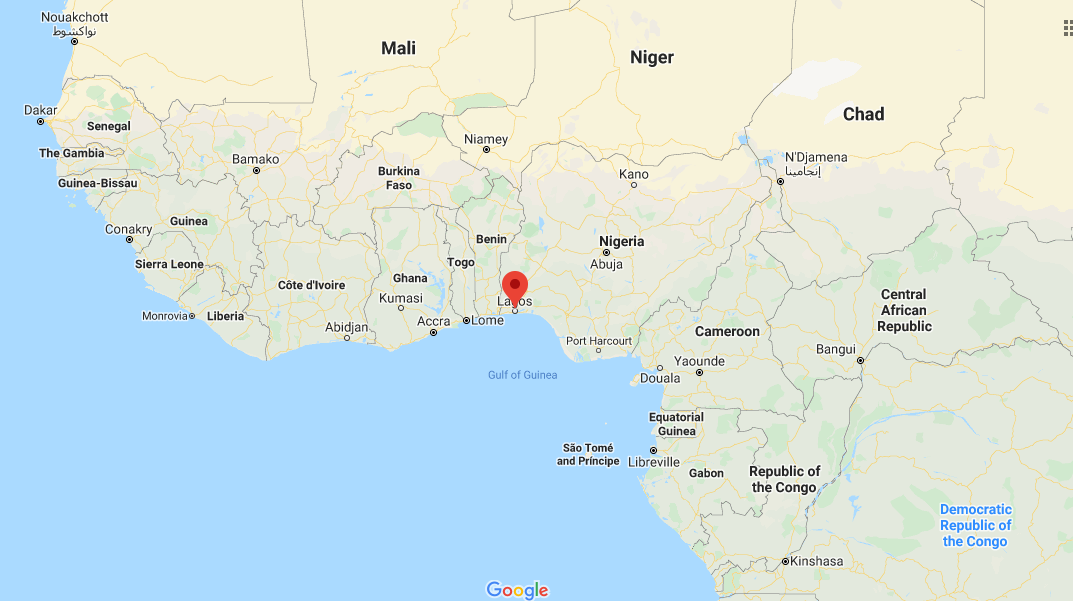 The legislation is actually meant to improve multiple facets of transportation in Lagos, which is notorious for gridlock, but may have done the inverse — particularly around okadas.

TechCrunch reached out to Lagos State Government for clarification on the Transit Sector Reform Law, but hasn’t heard back.

The Governor of Lagos State, Babajide Sanwo-Olu, invoked safety and security concerns as a reason for the okada restrictions at an event to launch more water-boat taxis in Lagos on February 5.

In a statement via email, ORide’s Senior Director of Operations, Olalere Ridwan, said the rules entail “a ban on commercial motorcycles…in the city’s core commercial and residential areas, including Victoria Island and Lagos Island.” 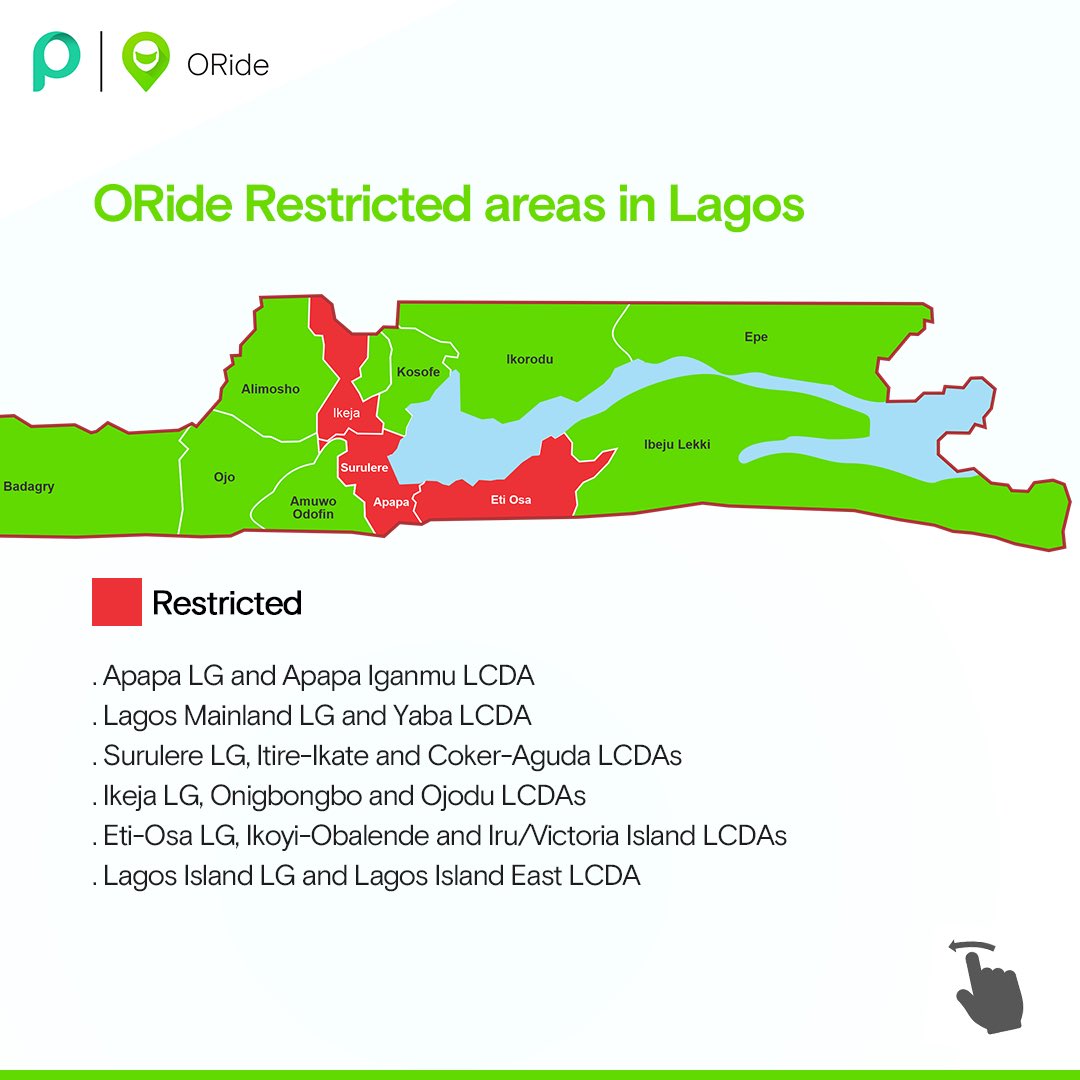 ORide posted a map of the restrictions on Twitter, with an explanation the company was complying with the rules and would cease operations in the designated areas. Reps from Max.ng and Gokada also confirmed they had followed suit.

Per local news, and Nigerian reporting on Twitter, the motorcycle taxi limitations have thrown off some inherent order in Lagos’s disorderly transit grid — overloading other mobility modes (such as mini-buses) and forcing more people to pound pavement and red-dirt to get to work. 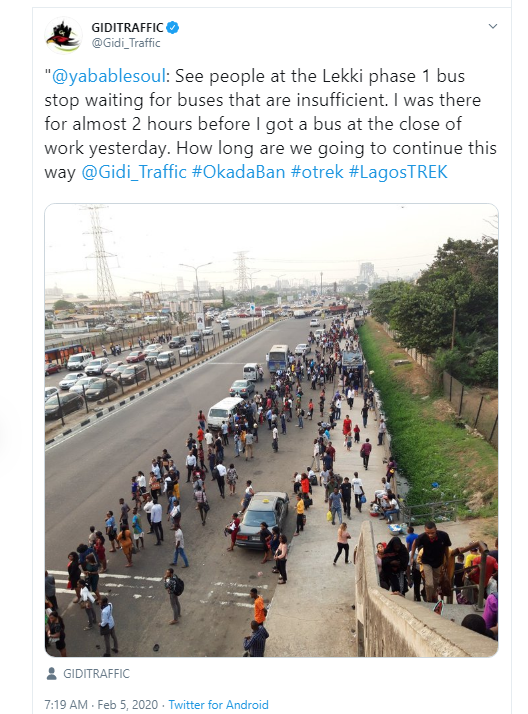 For the country’s ride-hail startups, the regulatory constraints are weighing on operations and revenues, according to Max.ng CFO Guy-Bertrand Njoya.

“Are we highly concerned? Yes, we are,” he told TechCrunch on a call from Lagos.

“We haven’t shut down operations, but because the drivers can’t operate in the main commercial areas, their income generation ability is significantly reduced…and our business depends on the success of our drivers,” said Bertrand.

Gokada CEO Fahim Saleh confirmed the company is still operating passenger services, but may transition its business away from ride-hailing, depending on the outcome of the regulatory process.

“If the transport option is no longer available to our drivers, we’ll go full on to logistics,” he said, noting shifting to more goods delivery has always been a part of Gokada’s long-term strategy.

Saleh recognized the concerns Lagos State regulators have for motorbike-taxi safety. “To the government’s credit, the informal sector is pretty risky with their habits and there’s no oversight,” he said. 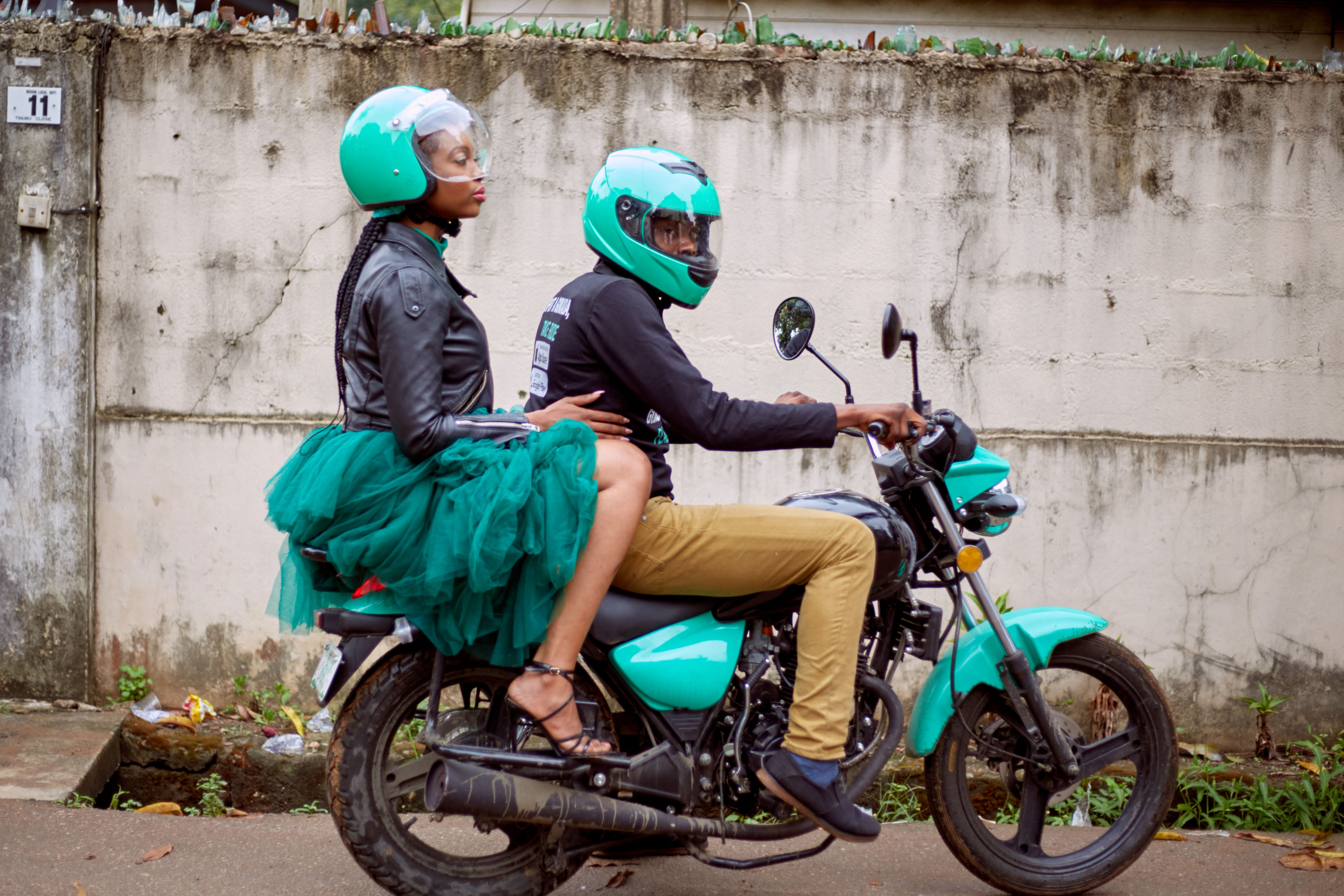 “The government has good intentions, but they need the private sector to really bring in innovative ideas and technology to this market,” Saleh said.

The sudden regulatory enforcement and downturn in business has forced some unity among the Nigeria’s ride-hail competitors. Max.NG, ORide, and Gokada have formed an industry association to engage Lagos State on motorcycle-taxi regulations.

“We are hopeful that government remains supportive of companies like ours in a manner that addresses their key policy focus, while supporting entrepreneurs,” said Max.ng CFO Guy-Bertrand Njoya.

The situation between the Lagos State Government and motorcycle-taxis could have ramifications for Nigeria’s tech sector beyond Lagos’s ride-hail sector and transit grid.

The affair could serve as a test for startups in the country on engaging government effectively toward their interests. It could also demonstrate the ability (or inability) of regulators in Nigeria to support fledgling digital markets.

It’s worth noting that Lagos State is Nigeria’s largest commercial region, responsible for roughly a third of the country’s GDP. A greater share of Nigeria’s economy is being driven by tech-related industries — with much of the country’s startup activity occurring in Lagos — and Nigeria becoming Africa’s unofficial tech capital.

Even with the recent upswing in VC to Nigeria’s startups, founders still speak of the tough sell they face convincing global investors to back them.

If Lagos State — viewed as the most tech friendly region in Nigeria — squashes the country’s well-funded okada ride-hail sector, VC pitches for the country’s founders could become more difficult.