Data centers don’t come cheap, but once they are up and running they can be quite lucrative. Vantage Data Centers, which provides data center capacity to cloud providers and enterprise companies, today announced that it has secured more than $800 million in new equity capital from its current investors and new investor Digital Colony Partners, which recently closed its $4.05 billion inaugural fund for investments in digital infrastructure.

Just last year, Vantage announced it has secured just under $700 million to accelerate its North American expansion through securitized notes and debt financing.

With this new funding, Vantage is now expanding into Europe. To speed this process up, the company has acquired Etix Everywhere, which currently operates 12 data centers for over 200 clients. Most of Etix’s footprint is in Europe, but it also operates data centers in Latin America and Africa. 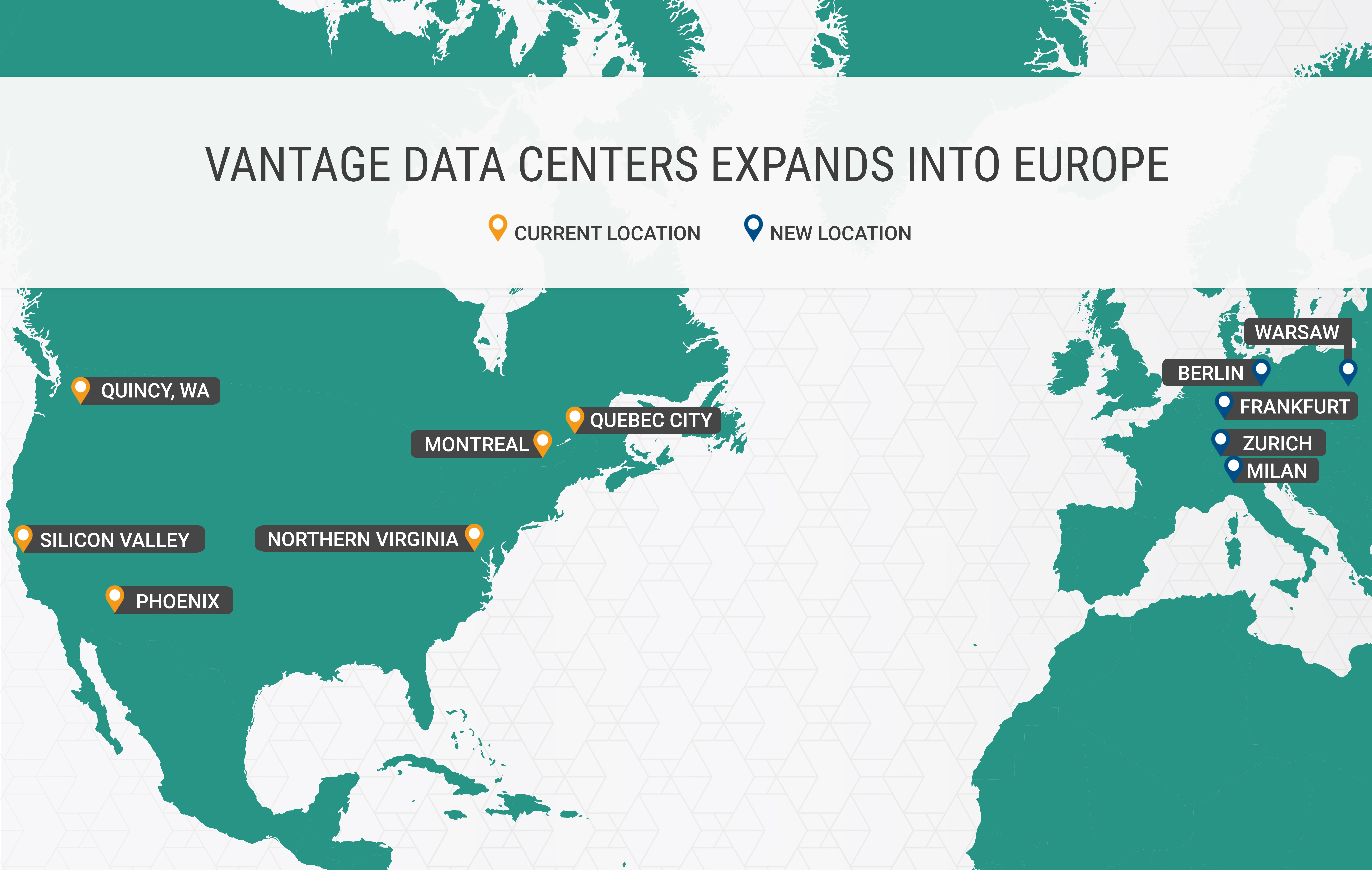 “The Etix team and I are thrilled to join Vantage,” said Etix’s (now former) CEO Antoine Boniface. “The experience that Vantage brings with North American-based hyperscale, cloud and wholesale customers, combined with Etix’s European experience and Frankfurt hyperscale campus, creates a compelling platform that is ideally positioned to serve customers across Europe.”

In addition to taking over Etix’s locations, Vantage is also planning five new European facilities in Berlin, Frankfurt, Milan, Warsaw and Zurich. With these, Vantage will now operate in 11 markets globally. Vantage says it will invest about $2 billion in this European expansion, though it didn’t disclose how much it paid for Etix.