Uber facilitated 14 million rides a week in India last year, the American ride-hailing firm said as it claimed the tentpole position in the key overseas market.

In a report (PDF) published on the sidelines of its quarterly earnings Thursday afternoon, Uber said that it commanded more than 50% of the ride-hailing market in India — among some other regions — and was the category leader.

The publicly listed company cited its internal estimations for the claim, it said. In comparison, Uber handled 11 million rides a week in India in 2018, a spokesperson told TechCrunch. 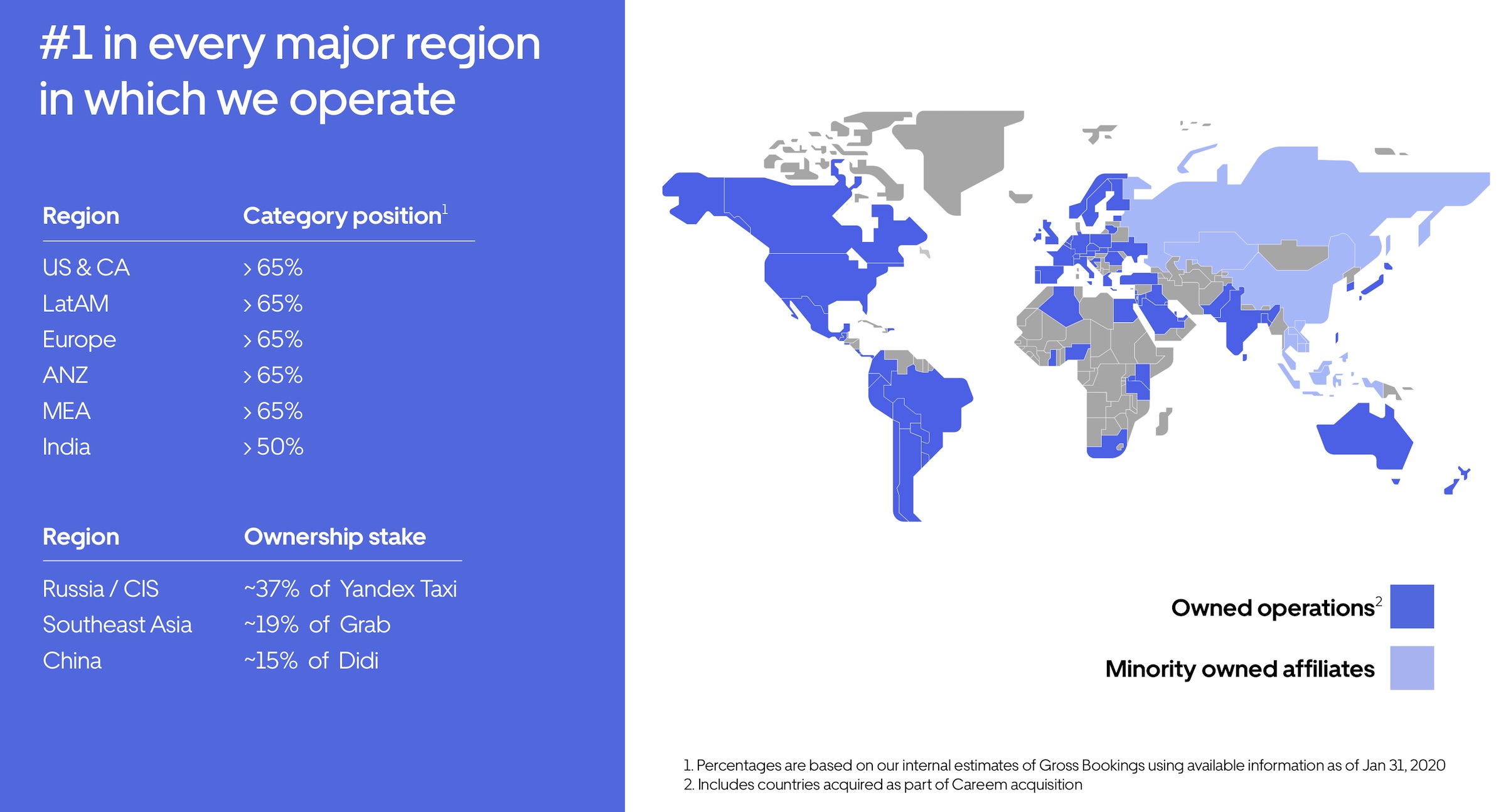 The revelation is especially interesting, since both Uber and its chief local rival Ola have tended to avoid talks about the number of rides they serve in India.

In a 2018 blog post, Ola revealed that its platform “moves over two million people every day.” A spokesperson for the Indian startup, which like Uber counts SoftBank as an investor, declined to reveal the new figures, but issued a statement in which it identified itself as India’s “largest mobility platform.”

“As India’s largest mobility platform, Ola serves over 200 million customers through a network of 2.5 million driver-partners across a wide range of offerings including two, three and four-wheelers,” the spokesperson said, adding that the ride-hailing firm operates in 250 cities and towns in India.

Last month, Uber sold its food delivery Uber Eats’ India business to local rival Zomato for about $180 million in a move that some analysts said could help the ride-hailing firm better focus on its core business in the country.

An Uber spokesperson told TechCrunch that the company plans to expand from about 50 Indian cities where it currently operates to 200 in the country by the end of the year. It will focus on onboarding two-wheelers and three-wheelers in many of these cities, the firm said.

Uber’s expansion in India comes as Ola is entering one of the American firm’s key territories. Last week, Ola said it will begin operation in London on February 10.