Next Tuesday, Samsung kicks off smartphone season with its Unpacked event in San Francisco. One of two tentpole events for the company, the big show brings with it the latest edition of the company’s primary flagship line, the Galaxy S.

Samsung played a fun little trick, holding the event on February 11th at 11AM PT, all while skipping the Galaxy S11 entirely. Granted, this is still firmly in the realm of rumors here, but evidence is mounting that the company is actually skipping nine full model numbers and going straight to the Galaxy S20. 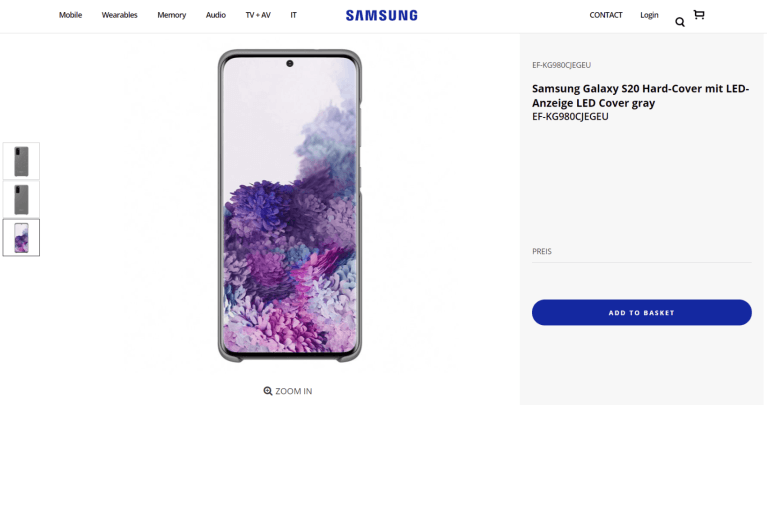 Why? Well, reasons. It’s 2020, for one. Also, Apple skipped the iPhone 9 a while back, so Samsung can now do it nine better — and perhaps adopt a numbering system more akin to Huawei’s 10-at-a-time updates. Honestly, though, the most likely answer is the simplest: Smartphone sales have slowed for many manufacturers and this is a sneaky way to generate a little interest.

But what’s in a name, really? One thing that’s certainly in line with previous Galaxy releases is the veritable deluge of leaks leaving little to the imagination in the lead-up to the event. We’ve been seeing fairly consistent renders for weeks and months, and earlier this week, what appears to be marketing images have surfaced.

Along with the S20 name, the shots showcase a design scheme featuring a hole punch camera up front (the “Infinity O”) and a long, prominent camera array on the rear. The also-rumored Galaxy S20 Ultra appears to add an even more intense camera array to the mix, including a “Space Zoom 100x,” which would bring a pretty crazy level of zooming capabilities to the smart phone — through, one assumes, a hybrid of digital and optical.

There’s already a lot of camera literature to crawl through here, including the patenting of the term “nonacell.” That, understandably sounds like nonasense, but appears to use pixel binning to create 12-megapixel images from the 108-megapixel sensor. That seems likely to be reserved for the Ultra — one of the versions of the handset, which include the S20 and S20+. All are believed to have a 5G option — logical, given that Samsung was among the first to bring the technology to market.

Even more clear renders of the Samsung Galaxy Z Flip, showing the Fingerprint sensor now. It will have special fibres inside the hinges to prevent dust from entering, the hinges would even have dual stops, at 90° and 180° enabling stuff like Hands Free (Duo) Video Calling. (1/2) pic.twitter.com/Pk8XNPpXAo

We have less information about the Galaxy Z Flip, but Samsung’s second foldable appears destined to get some stage time at the show. The device could well be far more accessible than the original Fold. First, there’s the clamshell design that has more in common with the new Motorola Razr than the original Fold. It’s also believed to be a little more rugged — owing to…issues with the original version of the Fold.

Pricewise, the Flip is expected to be, well, pricey — but considerably less so than the Fold. Rumored at around $1,500, it’s $500 less than Samsung’s original foldable.

New versions of Samsung’s quite good Galaxy Buds are expected, as well. The Galaxy Buds+ reportedly offer a large bump in battery, up to a total of 22 hours. Also expected is multi-device connectivity and a $20 price bump.