As the national conversation pushes companies to reexamine the HR processes suppressing sexual harassment and bias reporting, tech startups are looking to find a way to smooth out the process and encourage communication.

LA-based AllVoices is building an encrypted communications platform for offices that allows employees to anonymously send complaints to their human resources department that can then follow-up and track the cases in an easy-to-use dashboard. CEO Claire Schmidt tells TechCrunch that her company has just closed a $3 million seed round with funding from Crosscut, Greycroft, Halogen Ventures, Vitalize VC and others. 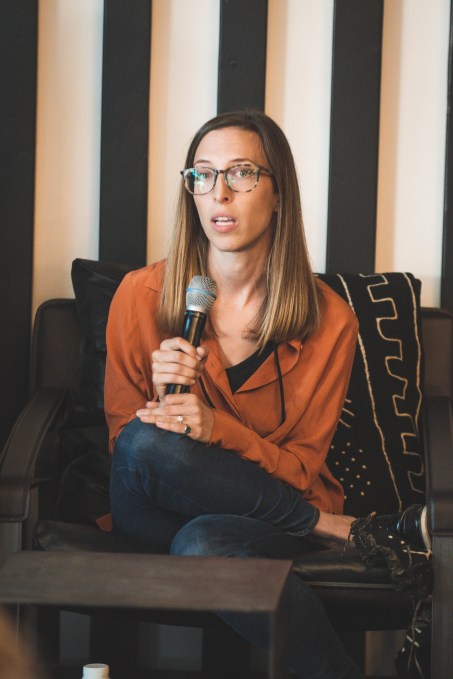 Schmidt, most recently a VP at 20th Century Fox, started AllVoices after finding inspiration in Susan Fowler’s Uber blog post to create a platform that allowed employees at companies to anonymously offer feedback and file reports about internal toxicity. Schmidt says existing processes used for reporting can leave victims of harassment hesitant to come forward and fearful of the risk of damaging their career paths.

“We’re using this really outdated process, we’re basically telling people, ‘Okay, just come in and tell someone in HR, and hope for the best,’ ” Schmidt told TechCrunch in an interview. “And to me that seemed especially unfair to the most vulnerable people in any given work environment because they’re junior, they don’t have as much job security — they’re viewed as more expendable.”

Employees at companies that use AllVoices can log into a mobile app and anonymously submit reports and receive text notifications when they’ve gotten a response from the company, a streamlined process that Schmidt hopes can encourage people to “report in real time.” HR people don’t see names or any other identifying information and AllVoices doesn’t know the name of the employee either, with all communications being encrypted.

“We do encrypt all of our data in storage, in backup, in transit, at rest — at every level,” Schmidt says.

Sixty days after a complaint is made, AllVoices sends a notification to the employee asking whether they were aware of any action being taken by the company and how satisfied they were with it. The startup then aggregates that data and provides it back to the company so they can get a clearer sense of their own responsiveness.

AllVoices isn’t the only startup tackling this issue; in 2018 we profiled Spot, which is also building an anonymous reporting platform. AllVoices’ platform goes beyond streamlining processes for sexual harassment; the startup has modules for general feedback, ethics and compliance issues, culture problems, diversity and inclusion concerns and harassment and bias complaints.

The startup has also aimed to make a free version of its product so that employees at companies that haven’t integrated AllVoices can still make anonymous complaints by entering in an email for someone in their HR department. Schmidt hopes that the free service will serve their broader mission and help them onboard new customers.

AllVoices says they now have nearly 50 companies using the platform, including Instacart, GoPro, Wieden+Kennedy, The Wing and FabFitFun.