The first month of the new year saw Africa enter the fray of U.S. politics. The Trump administration announced last week it would halt immigration from Nigeria — Africa’s most populous nation with the continent’s largest economy and leading tech sector.

The presidential proclamation stops short of a full travel ban on the country of 200 million, but it suspends immigrant visas for Nigerians seeking citizenship and permanent resident status in the U.S.

The latest regulations are said not to apply to non-immigrant, temporary visas for tourist, business and medical visits.

The new policy follows Trump’s 2017 travel ban on predominantly Muslim countries. The primary reason for the latest restrictions, according to the Department of Homeland Security, was that the countries did not “meet the Department’s stronger security standards.”

Nigeria’s population is roughly 45 percent Muslim and the country has faced problems with terrorism, largely related to Boko Haram in its northeastern territory.

Restricting immigration to the U.S. from Nigeria, in particular, could impact commercial tech relations between the two countries.

Nigeria is the U.S.’s second largest African trading partner and the U.S. is the largest foreign investor in Nigeria.

Increasingly, the nature of the business relationship between the two countries is shifting to tech. Nigeria is steadily becoming Africa’s capital for VC, startups, rising founders and the entry of Silicon Valley companies.

Recent reporting by VC firm Partech shows Nigeria has become the number one country in Africa for venture investment. Much of that funding comes from American sources. The U.S. is arguably Nigeria’s strongest partner on tech and Nigeria, Silicon Valley’s chosen gateway for entering Africa. Examples include Visa’s 2019 investment in Nigerian fintech companies Flutterwave and Interswitch and Facebook and Google’s expansion in Nigeria.

Nigerian entrepreneur Iyinoluwa Aboyeji, who co-founded two tech companies — Flutterwave and Andela — with operations in the U.S. and Lagos, posted his thoughts on the latest restrictions on social media.

“Just had an interesting dinner convo about this visa ban with Nigerian tech professionals in the U.S. Sad… but silver lining is all the amazing and experienced Nigerian talent in U.S. tech companies who will now head on home,” he tweeted.

The Lagos-based venture also announced it would launch its payment products in Mexico this year and in Ethiopia imminently, CEO Tayo Oviosu told TechCrunch

The moves come a little over a year after Paga raised a $10 million Series B round and Oviosu announced the company’s intent to expand globally while speaking at Disrupt San Francisco. 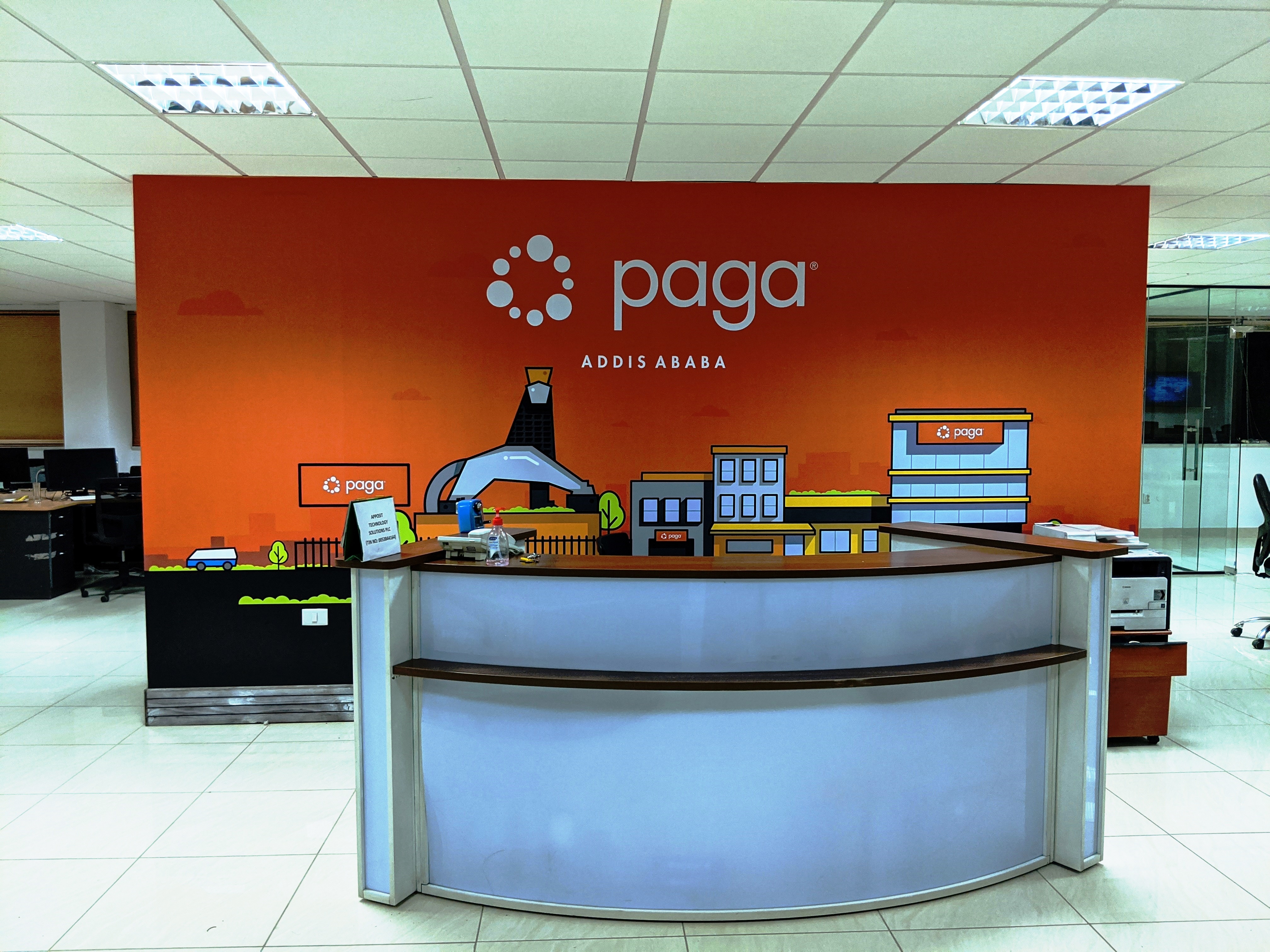 Paga has created a multi-channel network to transfer money, pay bills, and buy goods digitally. The company has 14 million customers in Nigeria who can transfer funds from one of Paga’s 24,411 agents or through the startup’s mobile apps.

On the raise side, San Francisco and Lagos-based fintech startup Flutterwave (previously mentioned) raised a $35 million Series B round and announced a partnership with Worldpay FIS for payments in Africa.

FIS also joined the round, led by US VC firms Greycroft and eVentures, with the participation of Visa and African fund CRE Venture Capital.

The company will use the funding to expand capabilities to provide more solutions around the broader needs of its clients. Uber, Booking.com and Jumia are among the big names that use Flutterwave to process payments.

The company plans to use its raise for new developer hires, to improve the tech of its platform, and toward expansion in West Africa in 2020.