American tech companies almost did something neat today before messing it up.

After reporting earnings yesterday, Amazon’s shares shot higher this morning, pushing the company’s value north of $1 trillion. Its growth and profits proved toothsome to the investing classes, bolstering the Seattle area’s tech pedigree by adding a second trillion-dollar business to its rolls.

Microsoft and Apple, also flush after reporting their own well-received earnings, are also worth north of $1 trillion apiece. Amazon’s ascension would have brought the group of trillion-dollar American tech shops to four, if Alphabet hadn’t gone and spoiled the fun.

Here’s the chart, on which you can spot Alphabet’s dip back under the $1,000 billion mark: 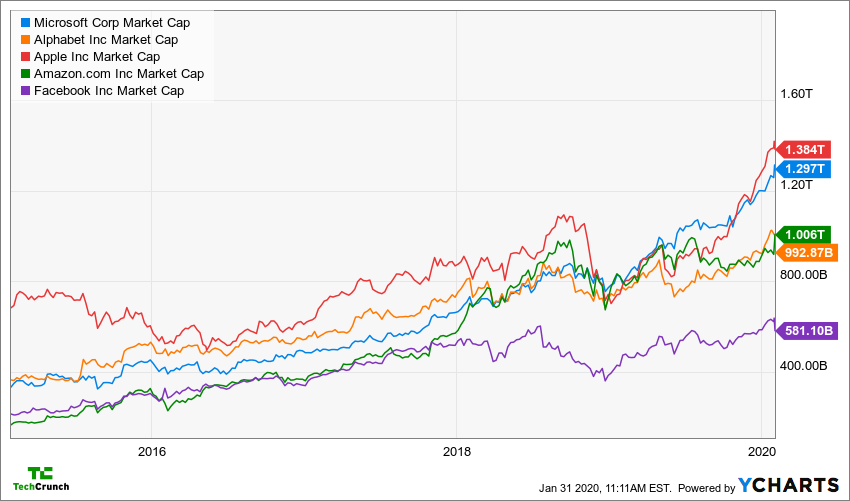 Perhaps Google and its cadre of money-losing subsidiaries will manage to skate back over $1 trillion today, leaving only little Facebook out of the Cool Kid Clubhouse.

Get it together, Zuck! A billion dollars isn’t cool. You know what is? Being yet another trillion-dollar tech company. Gosh.