Fifty iPads were stolen from Verkada co-founder Hans Robertson’s old company. Only when they checked the security system did they realize the video cameras hadn’t been working for months. He was pissed. “The market lagged behind the progress seen in the consumer space, where someone could buy high-end cameras with cloud-based software to protect their home,” Verkada’s CEO and co-founder Filip Kaliszan tells me of his own attempt to buy enterprise-grade security hardware.

Usually, startups ascend on the backs of fresh technologies and developer platforms. But Kaliszan and Robertson realized that commercial security was so backward that just implementing the established principles of machine vision and the cloud could create a huge company. The plan was to keep data secure yet accessible and train its cameras to take clearer photos when AI detects suspicious situations instead of just grainy video. 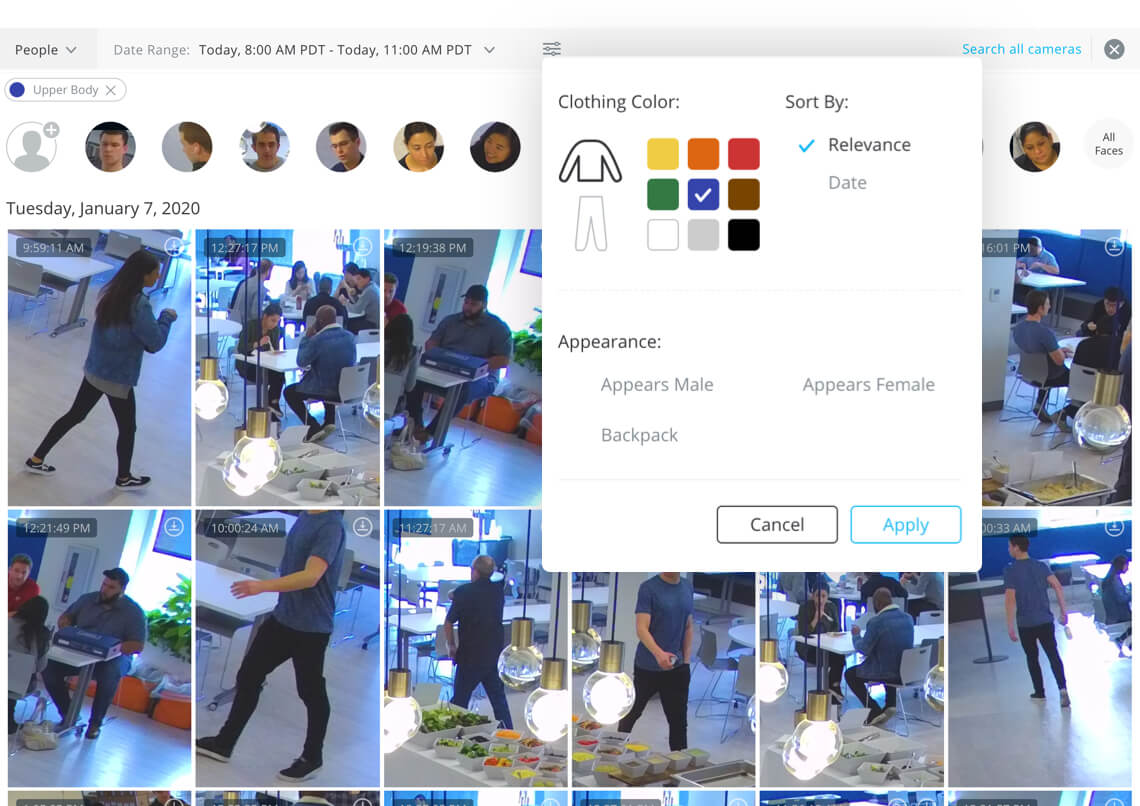 At first, few could see the vision through the slow upgrade cycles and basement security rooms common with most potential clients. “The seed and the A were extremely difficult rounds to raise compared to the later rounds because people didn’t believe we could execute what we are proposing,” Kaliszan glumly recalls.

But today Verkada receives a huge vote of confidence. It just raised an $80 million Series C at a stunning $1.6 billion post-money valuation thanks to lead investor Felicis Ventures writing Verkada its biggest check to date. The cash brings Verkada to $139 million in funding to sell dome cameras, fisheye lenses, footage viewing stations and the software to monitor it all from anywhere.

Why sink in so much cash at a valuation triple that of Verkada’s $540 million price tag after its April 2019 Series B? Because Verkada wants to bring two-factor authentication to doors with its new access control system that it’s announcing is now in beta testing ahead of a Spring launch. Instead of just allowing a stealable key fob or badge to open your office entryway, it could ask you to look into a Verkada camera too so it can match your face to your permissions. 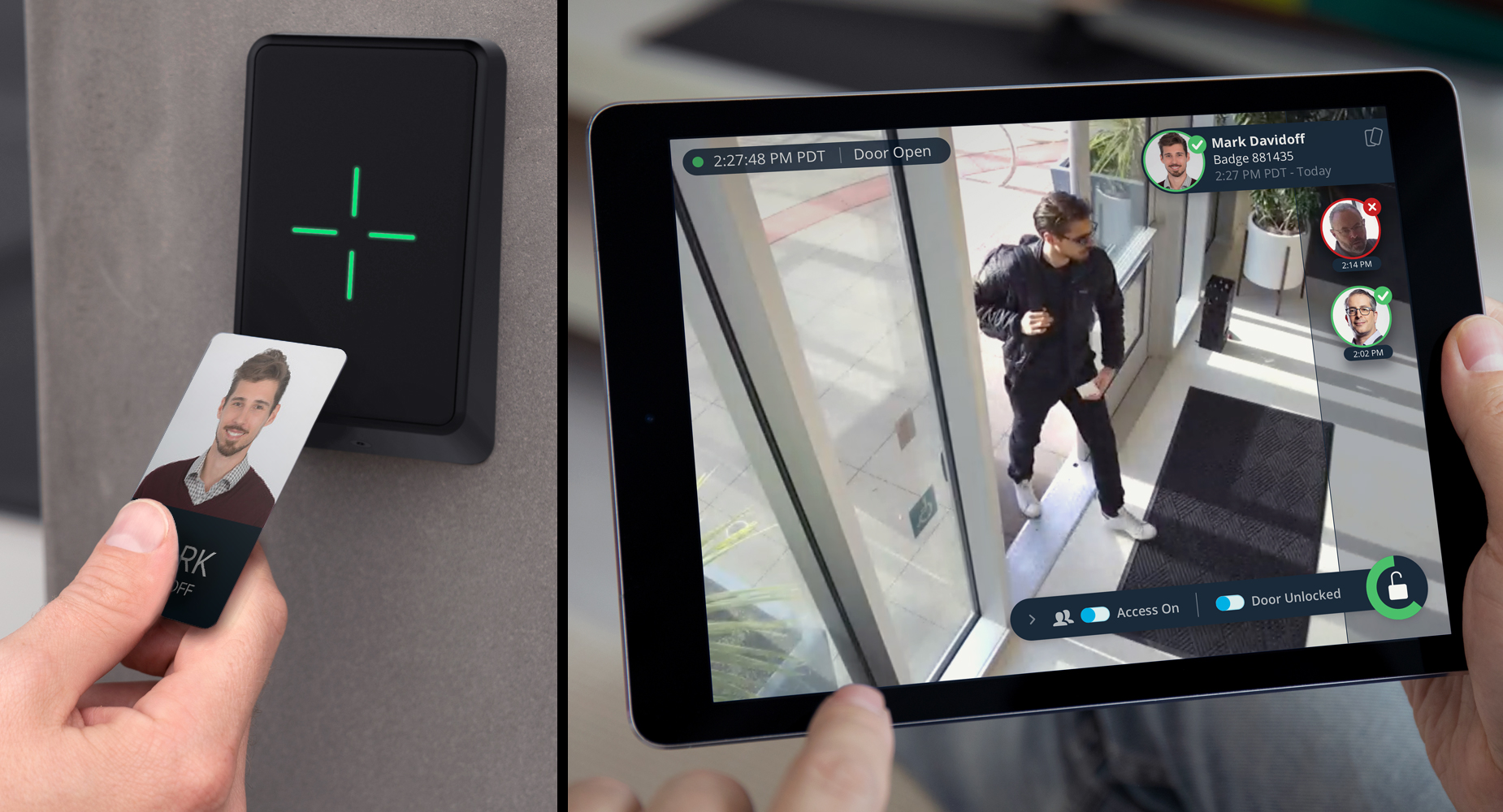 “Our mission is to be the essential physical security software layer for every building, and the foundation of a larger enterprise IoT infrastructure,” Kaliszan tells me. By uniting security cameras and door locks in one system, it could keep banks, schools, hospitals, government buildings and businesses safe while offering new insights on how their spaces are used.

The founders’ pedigrees don’t hurt its efforts to sell that future to investors like Next47, Sequoia Capital and Meritech Capital, which joined the round. Robertson co-founded IT startup Meraki and sold it to Cisco for $1.2 billion. Kaliszan and his other co-founders Benjamin Bercovitz and James Ren started CourseRank for education software while at Stanford before selling it to Chegg. 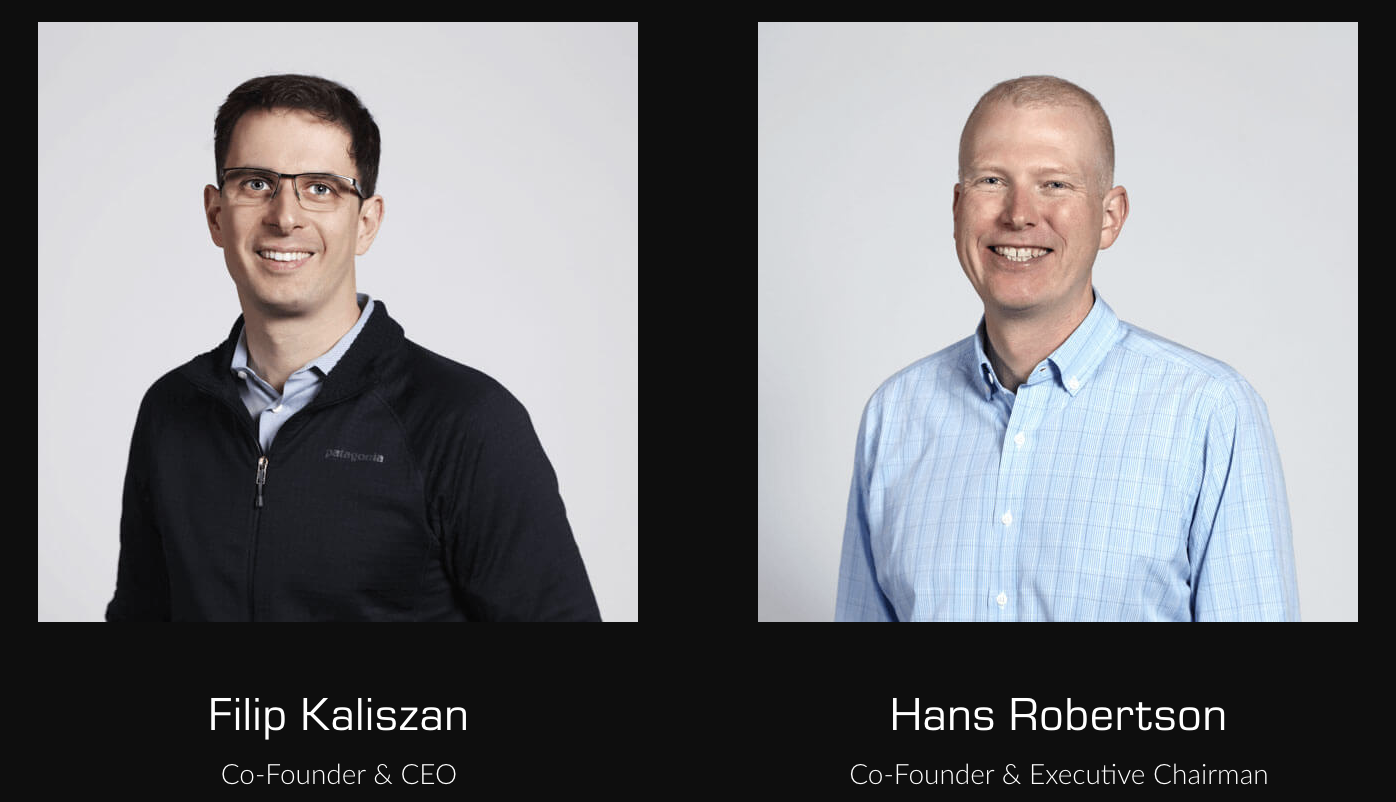 Making a better product than what’s out there isn’t rocket science, though. Many building security systems only let footage be accessed from a control room in the building… which doesn’t help much if everyone’s trying to escape due to emergency or if a manager elsewhere simply wants to take a look. Verkada’s cloud lets the right employees keep watch from mobile, and data is also stored locally on the cameras so they keep recording even if the internet cuts out. “Our competitors stream unencrypted video and it’s on you to protect it. We’re responsible for handling that data,” Kaliszan says.

Verkada’s machine vision software can make sense of all the footage its cameras collect. “We can immediately show them all the video containing a particular person of interest rather than manually searching through hours of footage,” Kaliszan insists. “Our platform can use AI/machine learning to recognize patterns and behaviors that are out of the norm in real time.”

For example, a hostage negotiator was able to use Verkada’s system to assess whether a SWAT team needed to invade a building. Verkada can group all spottings of an individual together for review, or scan all the footage for people wearing a certain color or with other search filters. 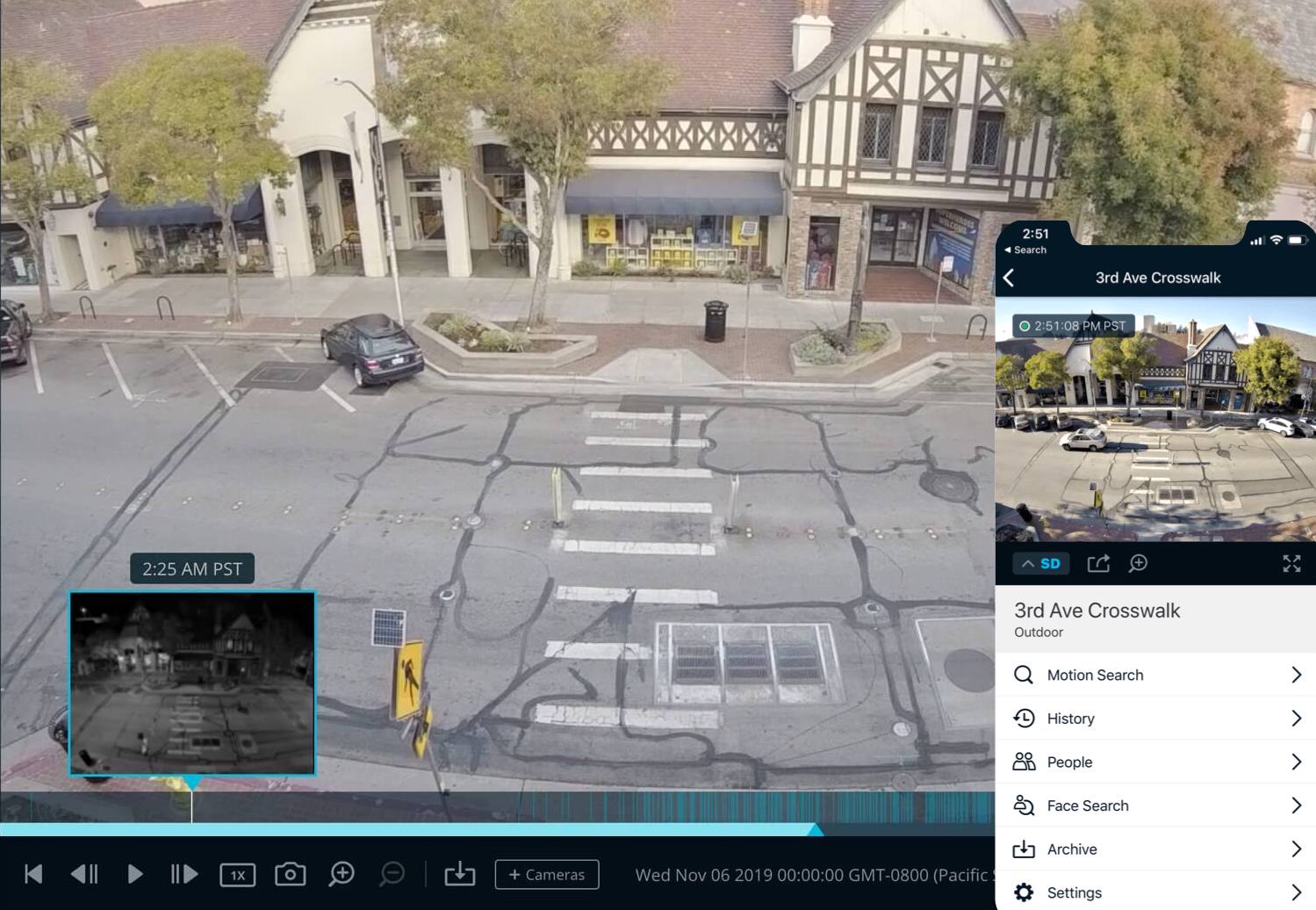 Indeed, 2,500 clients, including 25 Fortune 500 companies, are already using Verkada. In the last year it has tripled revenue, partnered with 1,100 resellers, launched nine new camera models, added people and vehicle analytics, opened its first London office and is on track to grow from 300 to 800 employees by the end of 2020.

“We call this reinvention,” says Felicis Ventures founder and managing director Aydin Senkut. “One thing people underestimate is how big this market is. Honeywell is valued at $110 billion-plus. There’s a Chinese company that’s over $50 billion. The opportunity to be the operating system for all buildings in the world? Sounds like that market couldn’t be better.” Senkut knows Verkada works because he had it installed in all his homes and offices.

Most enterprise software companies don’t have to worry about the complexities of hardware supply chains. There’s always a risk that its sales process stumbles, leaving it stuck with too many cameras. “We’re still burning money. We’re not there yet or we wouldn’t be raising venture. Because we’re going after a mature market, you can’t come at it with a model that doesn’t make sense. Investors come at it from a hard-nosed approach,” Robertson admits. 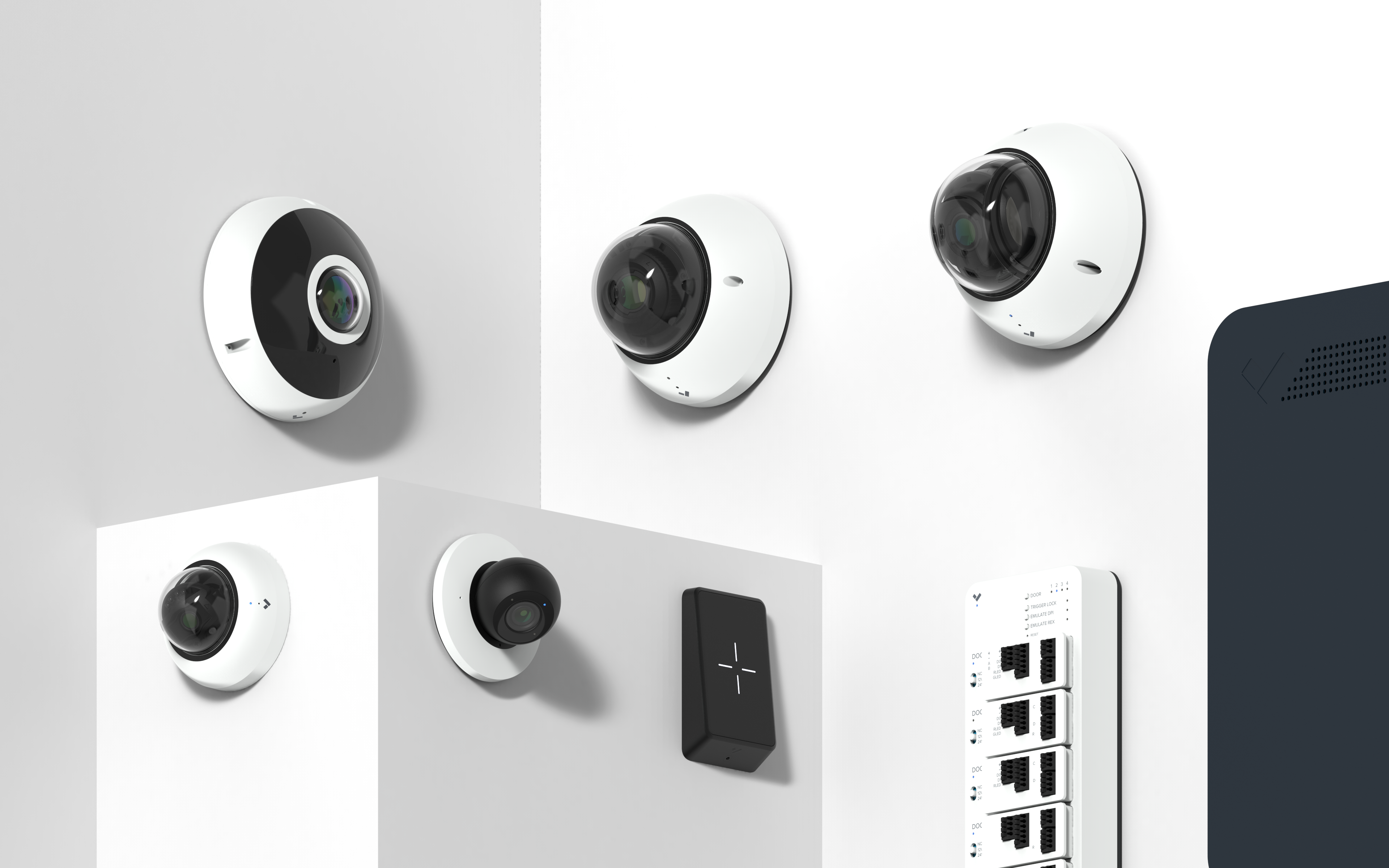 “People have a tendency to write off Verkada as a boring camera company. They don’t realize how access control as the second product is going to supercharge the company’s potential,” Senkut declares.

One bullet Verkada dodged is the one firmly lodged in Amazon’s chest. Ring security cameras have received stern criticism over Amazon’s cooperation with law enforcement that some see as a violation of privacy and expansion of a police state. “We don’t have any arrangements with law enforcement like Ring,” Kaliszan tells me. “We view ourselves as providing great physical security tools to the people that run schools, hospitals and businesses. The data that those organizations gather is their own.”