Atlassian today announced an update to Jira Software, its popular project and issue-tracking tool, that brings a number of major updates to the roadmapping feature it first introduced back in 2018. Back in 2018, Atlassian also launched its rebuilt version of Jira Software, which took some of its cues from Trello, and today’s release builds upon this.

“When we launched that new Jira experience back in October 2018, I think we had a really good idea of what we were trying to do with it and where we were taking it,” said Jake Brereton, the head of marketing for Jira Software. “And I think if you fast-forward 14 months to where we are today, we just had some really strong validation in a number of areas that are over the target and that that investment we made was worth it.” 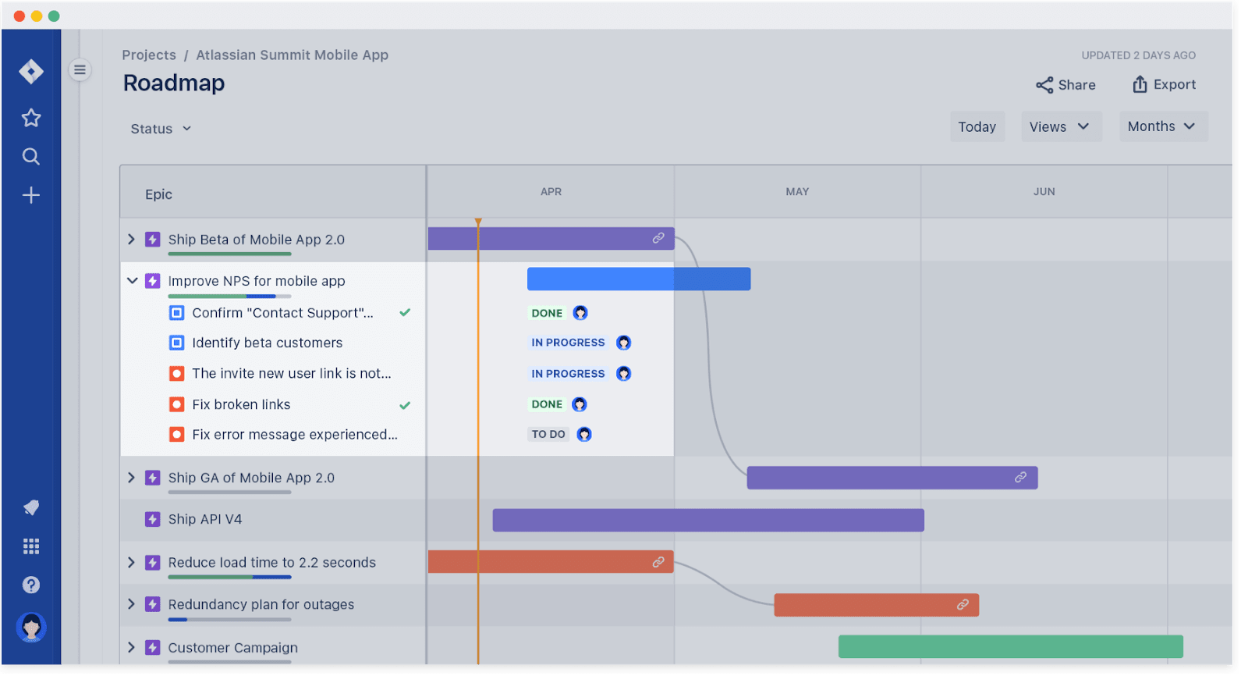 With this release then, Jira Software’s roadmapping tool is getting progress bars that show you the overall status of every roadmap item and that give you a lot more information about the overall state of the project at a glance. Also new here are hierarchy levels that let you unfold the roadmap item to get more in-depth information about the stories and tasks that are part of an item. You can also now map dependencies by simply dragging and dropping items, something that was missing from the first release but that was surely high on the list for many users. Atlassian is also introducing new filters and a number of UI enhancements.

But as Matt Ryall, head of product for Jira Software, told me, one of the standout features of the release is its integration with Confluence, Atlassian’s wiki-like collaborative workspace for businesses. Thanks to the new infrastructure that now underpins Jira since last year’s release, you can now embed Jira Software’s roadmaps right into a Confluence document and every update is immediately reflected in real time.

“Roadmaps provides a live view of the work in Jira,” he said. “So it’s not a roadmap that you maintain by hand. This is really showing you what your development teams are working on right now.”