Front is raising a $59 million Series C funding round. Interestingly, the startup hasn’t raised with a traditional VC firm leading the round. A handful of super business angels are investing directly in the productivity startup and leading the round.

While Front doesn’t share its valuation, the company says that the valuation has quadrupled compared to the previous funding round. Annual recurring venue has also quadrupled over the same period.

The structure of this round is unusual, but it’s on purpose. Front, like many other startups, is trying to redefine the future of work. That’s why the startup wanted to surround itself with leaders of other companies who share the same purpose.

“First, because we didn’t need to raise (we still had two years of runway), and it’s always better to raise when we don’t need it. The last few months have given me much more clarity into our go-to-market strategy,” Front co-founder and CEO Mathilde Collin told me. Front is a collaborative inbox for your company. For instance, if you want to share an email address with your co-workers (support@mycompany.com or jobs@mycompany.com), you can integrate those shared inboxes with Front and work on those conversations as a team.

It opens up a ton of possibilities. You can assign conversations to a specific person, @-mention your co-workers to send them a notification, start a conversation with your team before you hit reply, share a draft with other people, etc.

Front also supports other communication channels, such as text messages, WhatsApp messages, a chat module on your website and more. As your team gets bigger, Front helps you avoid double replies by alerting other users when you’re working on a reply.

In addition to those collaboration features, Front helps you automate your workload as much as possible. You can set up automated workflows so that a specific conversation ends up in front of the right pair of eyes. You can create canned responses for the entire team, as well.

Front also integrates with popular third-party services, such as Salesforce, HubSpot, Clearbit and dozens of others. Front customers include MailChimp, Shopify and Stripe.

While Front supports multiple channels, email represents the biggest challenge. If you think about it, email hasn’t changed much over the past decade. The last significant evolution was the rise of Gmail, G Suite and web-based clients. In other words, Front wants to disrupt Outlook and Gmail.

With today’s funding round, the company plans to iterate on the product front with Office 365 support for its calendar, an offline mode and refinements across the board. The company also plans to scale up its sales and go-to-market team with an office in Phoenix and a new CMO. 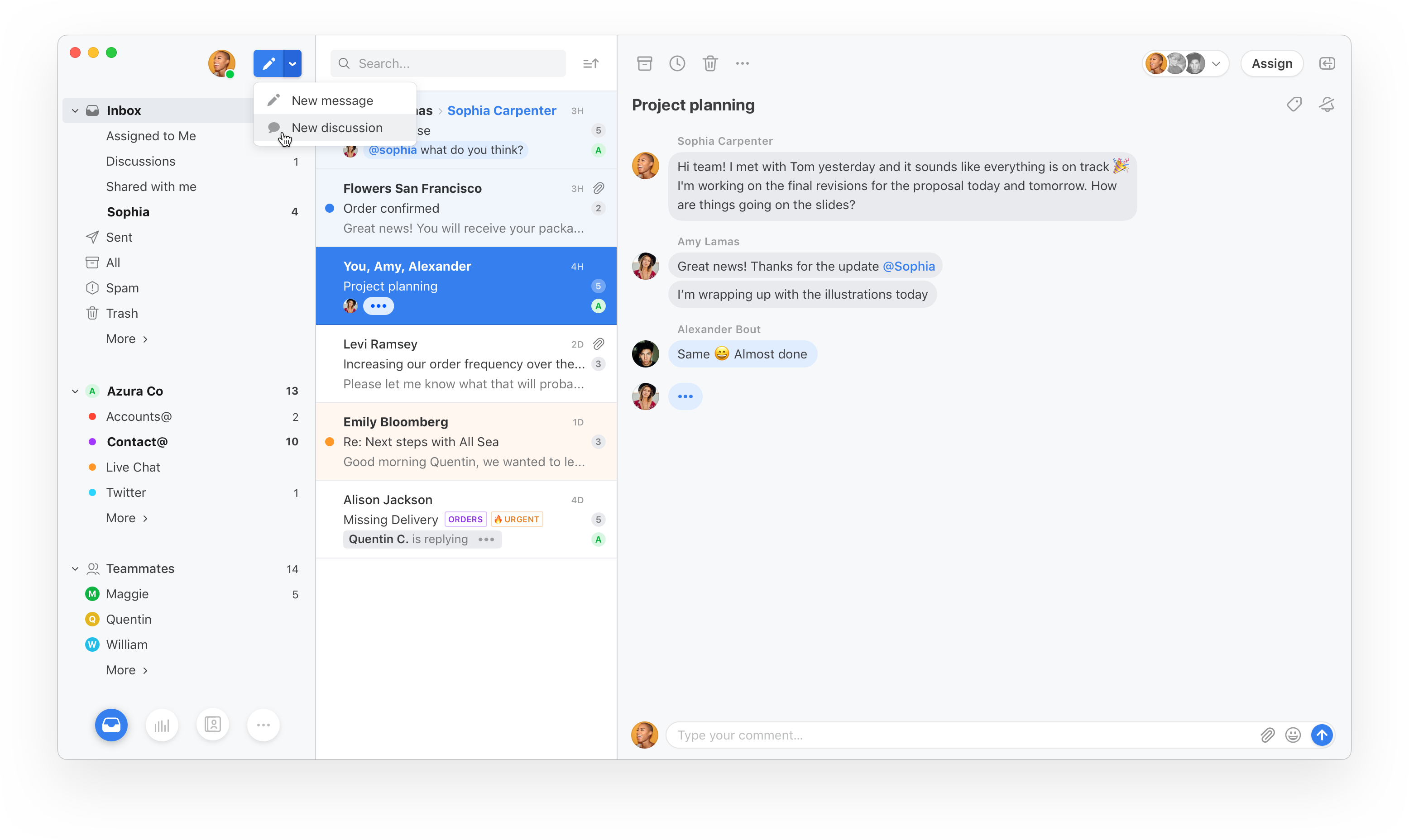