This week, on my way to check out a little ride debuting at Disneyland in California, I stopped by Walt Disney Animation Studios in Burbank to check out “Myth: A Frozen Tale.” “Myth” is a new VR experience created by a team working at the studio that debuted with the movie but has not yet launched for the public.

It uses “Frozen 2” as a jumping off point, but is not a continuation of the story. Instead, it builds off the story of the movie and uses the tech to put the viewer into the world to experience the “spirits” of the film up close.

It’s incredibly effective, and an example of what can be done with VR when you have both expansive resources and full intellectual buy-in from an animation master-foundry like WDAS.

I tried out “Myth” in the same building where “Frozen 2” was made. The building itself is a living pipeline, with story development on the top floor and departments working on animation and effects filling out the building in a cascade. The VR studio just off the main gathering space is right in the center of this activity, and the team says they used as much of the animation pipeline that was making “Frozen 2” as was possible or effective. 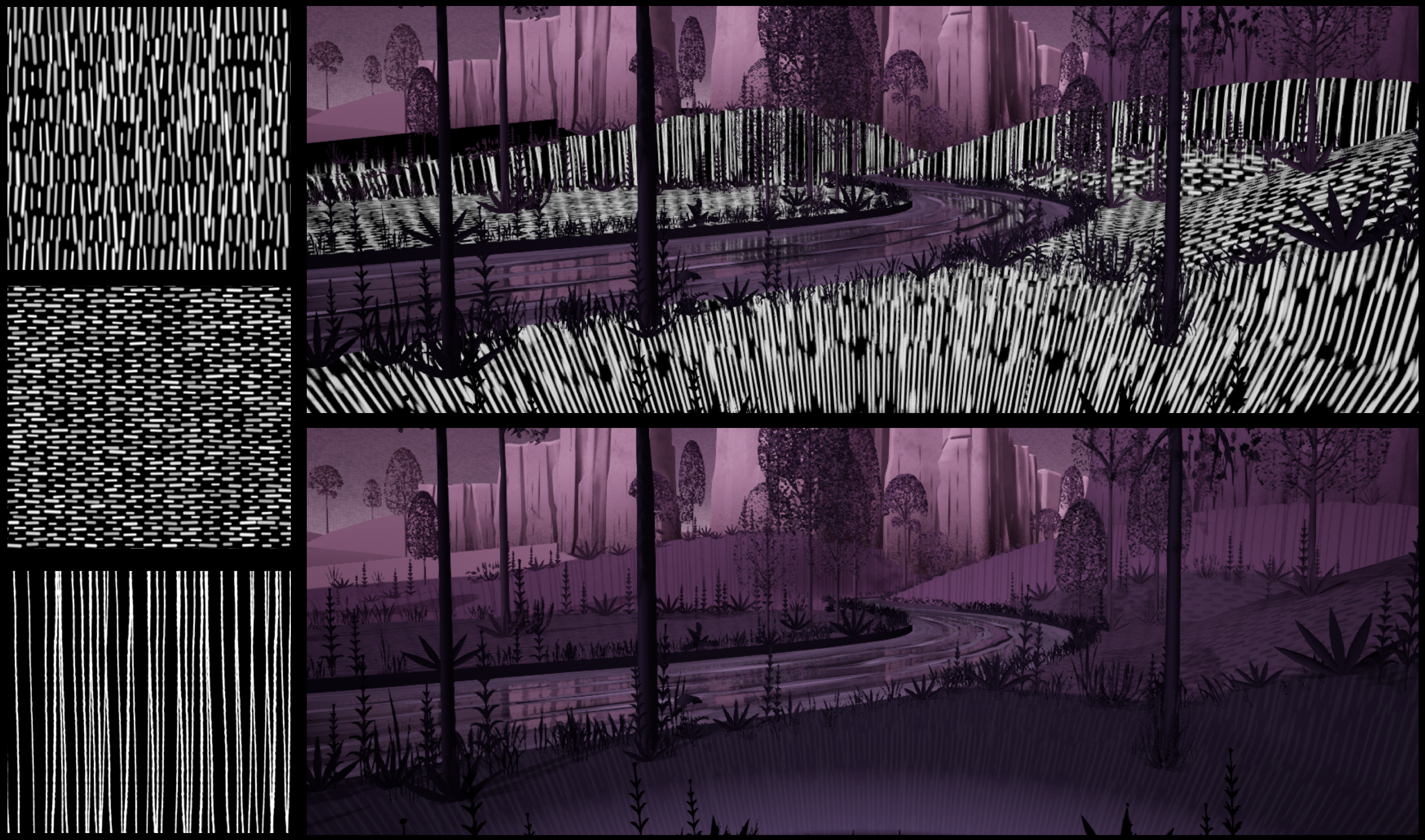 Despite the “Frozen 2” connection, “Myth” is not just a marketing stunt for the film, it’s a real animation title from a team that has already produced the lovely and touching “Cycles” VR short — a team backed by the most effective animation studio on the planet and with access and integration to that apparatus.

“Myth” is an introduction to and encounter with the elemental spirits that play a large role in “Frozen 2.” We’re brought into the world through a family gathering around the fire for story time and thrust quickly into another era, where we see the spirits alive and active. 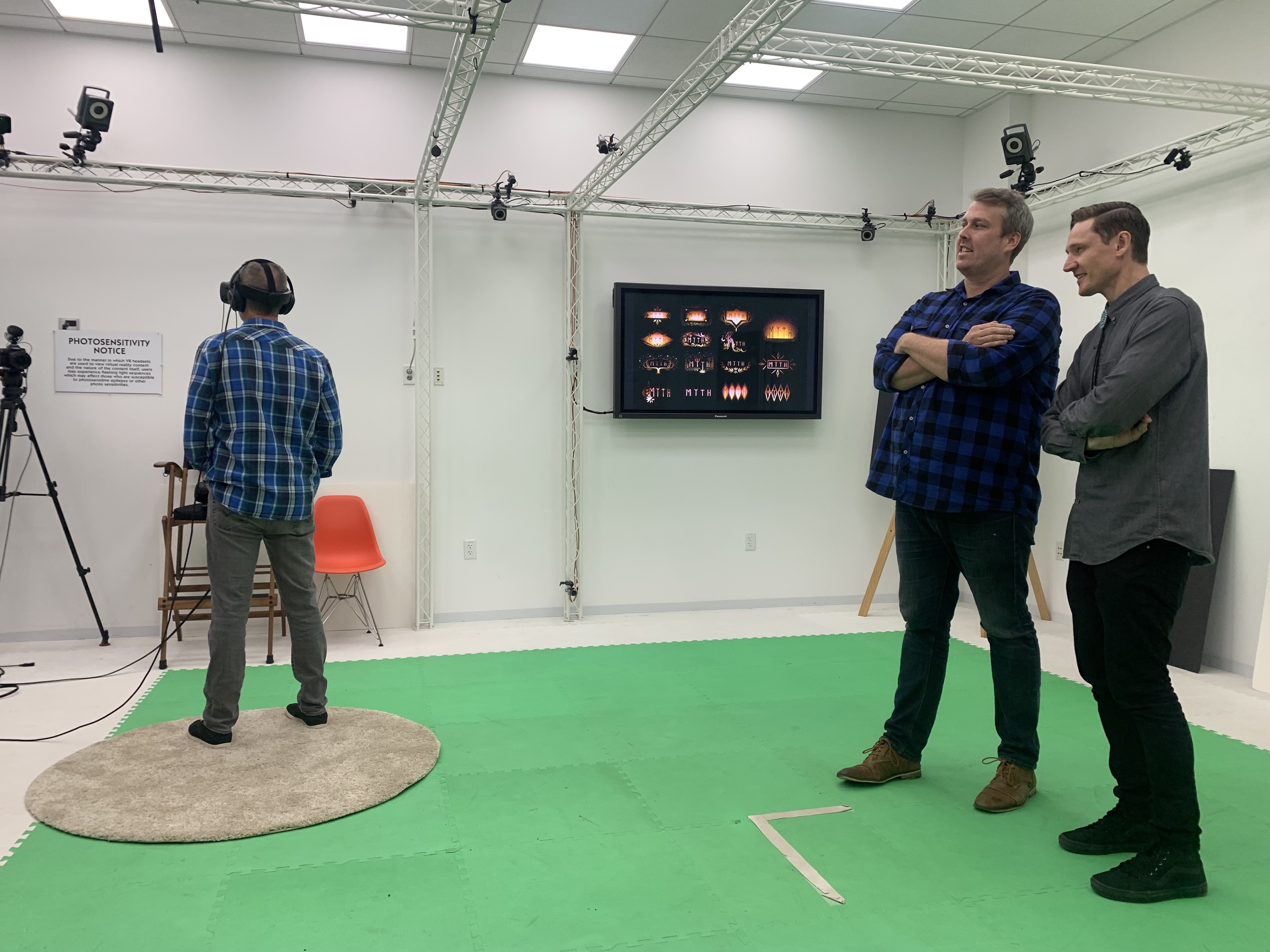 The project is presented as a sort of inverse theater in the round, with little movement required on the part of the audience. There are no interactive elements, but viewers will likely react to the scenes anyway, as they’re quite effective. The spirits of fire, earth, air and water make an appearance, and the sense of presence that is such a big part of VR’s innate appeal is put to real work here — especially when it comes to earth and water.

Artist Brittney Lee served as the production designer for “Myth” and was the impetus behind its 2D-in-3D aesthetic. If you’re familiar with Lee’s design work, then you know the general look and feel of the fantasy landscape. But the surprise is exactly how well they nailed translating a sort of 2D multi-media look into three-dimensional space.

If living illustrations in the vein of Mary Blair excites you, “Myth” is going to blow your shit.

The effectiveness of “Myth” has a lot to do with the set of affordances the team has built in. Audio, as always in VR, is an effective tool to guide the viewer’s attention around the space and through an unfolding narrative. But “Myth” uses a few additional tricks that I think would be wise for other creators to study.

As you watch, the focus gently and naturally moves around you in a circle (never quite making you turn a full circumference, which is important to avoid distraction for wired setups). There is also, quite deliberately, no aggressive changes in attention that would require a viewer to do a 180-degree turn. Even the surprising and impactful moments are carefully telegraphed to avoid VR whiplash.

“We talked about how much interactivity we wanted against how cinematic we needed it to be,” says producer Nicholas Russel. “And, we make cinema, we make films and we wanted to make sure it felt like that.”

As that focus changes, the scene gradually desaturates in areas that are not currently in play, and eventually will dim and darken. A sort of organic-feeling “hot or cold” game that it plays with your eyes. This leads to the viewer getting the point pretty quickly that the action is taking place over there not over here.

And the potency of the short also has a lot to do with the music-driven narrative. Composer Joe Trapanese roughed out the score early for the project and was able to come to the studio as well, which meant that, very unlike most Disney features, the team was able to animate to the music itself. Director Jeff Gipson says that this leads a lot of people to make a comparison to “Fantasia” or “Peter and the Wolf,” which I definitely think is valid.

I mentioned before that the team was able to use the animation pipeline of “Frozen 2” to help them realize the spirit characters. One of the most visceral of these is the Nokk, the water horse that features heavily in the film.

As a part of my visit I got to talk to Svetla Radivoeva, animation supervisor and Marc Bryant, effects lead on the Nokk for “Frozen 2.” They worked for seven months along with 15 members of the Technical Animation (Tech Anim) team to make the Nokk happen. There were eight technical artists working full time on the water Nokk and seven on the ice Nokk alone. 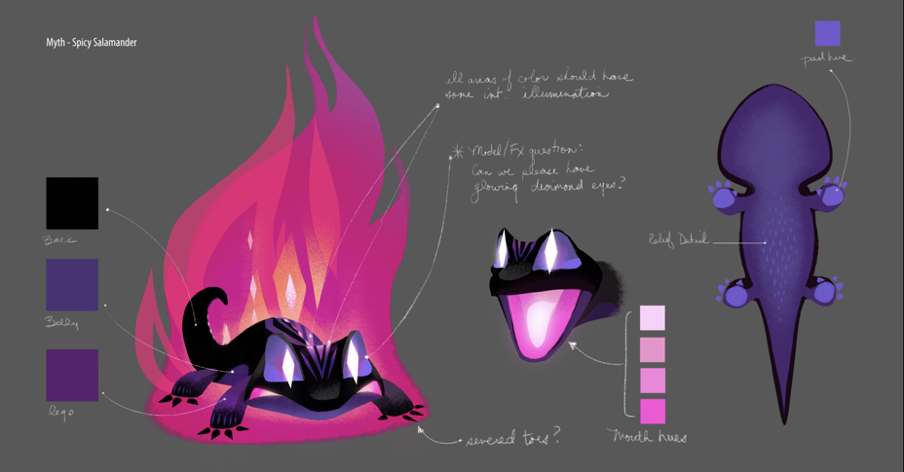 Bryant says that robust communication, being in the same building together and continuous sharing of tools and strong simulation rigs allowed them to pull off such a complex character.

That intensely developed character was then brought into the world of “Myth,” adapting its design to one of living and moving illustration using Epic’s Unreal engine. Though the strength and beauty of the horse is one of the more technically impressive and emotive moments in the movie, actually being in its presence wasn’t something a “Frozen” fan could expect to happen.

“Myth” does that, and it’s a testament to the interlinked way that the animation and VR teams worked on this project that it actually plays. It’s damn good, and so was Gipson’s previous title “Cycles.” Disney is doing some great filmmaking work that just happens to be in VR.

“What does it mean to have Disney animation in VR versus we have to make it for this reason or this purpose,” Gipson says, “instead, it’s how do we continue to innovate [in filmmaking].”

“It wasn’t a marketing study,” notes VR Technology Supervisor Jose Luis Gomez Diaz, “because we’d say ‘oh, let’s use Olaf,’ who everybody loves. We could have done something with those characters, but this is more the story that Jeff wanted to tell and it’s a good companion to the movie.”

The short is designed, they say, to transmit that feeling of what it’s like to be Elsa in front of the Nokk. And it works. You feel that intense sense of presence.

After “Cycles” and “A Kite’s Tale,” “Myth” is a strong new entry into Disney’s canon of VR productions, and it’s a clear bright spot in the landscape of virtual filmmaking. Cycles will debut on Disney+ on January 24th after premiering in the U.S. at NYFF 2018, but the VR version isn’t out there yet. It’s a real emotional gut punch of a short and I hope it hits in VR soon. 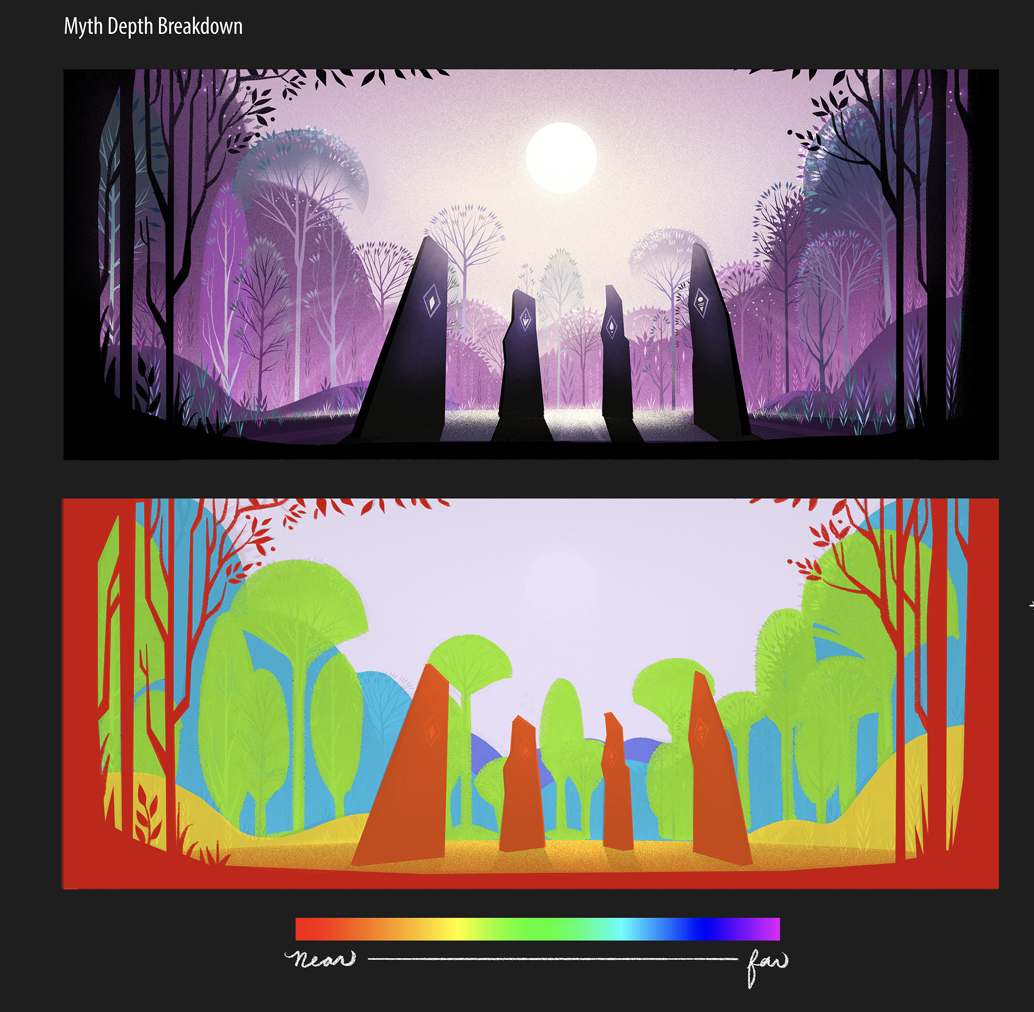 The eventual viewers of “Myth” will not have to intellectually appreciate the energy and cleverness with which this project was tackled, but they will feel it emotionally. It’s quite simply one of the best VR presentations like this I’ve ever seen executed and it should be studied by anyone trying to execute a non-interactive cinematic story in VR.

“Myth: A Frozen Tale” is showing in VR at Sundance next week, but Disney says is still exploring different ways to bring it to audiences.