The roughly 300,000 marchers that filled the streets of downtown Los Angeles for the third annual Women’s March received more than just an opportunity to hear from some of the state’s high powered politicians, they were also part of a new experiment from local March organizers in bringing technology into the movement.

Using an organizational tool called SameSide, whose launch coincided with the Women’s March and a joint effort with RockTheVote, Women’s March organizers are hoping to transfer excitement about the march into broader political engagement with local and national women’s issues in this Presidential election year.

At the same time, the March organizers were trying to find a way to incorporate art and artists into the event, while being respectful of public spaces. That’s where a new, pre-launch application called Mark, came into the picture.

Mark, a joint venture between the Danish game development firm Sybo and the Chinese mobile game publisher iDreamSky, uses augmented reality to permanent installations of digital street art. The two year old company is still in beta, but decided to work with the Women’s March as an initial test of its product.

The company agreed to donate up to $300,000 in total, and up to $100 per-person for new users who downloaded the application. Mark donated $1 per download and initial share by a user for an account created during the march. Subsequent donations will be made fo consecutive days in app and multiple shares of posts made using MARK, according to the company. Login for 60 straight days and share 20 Mark AR posts and the company agreed to donate $100 to The Women’s March. 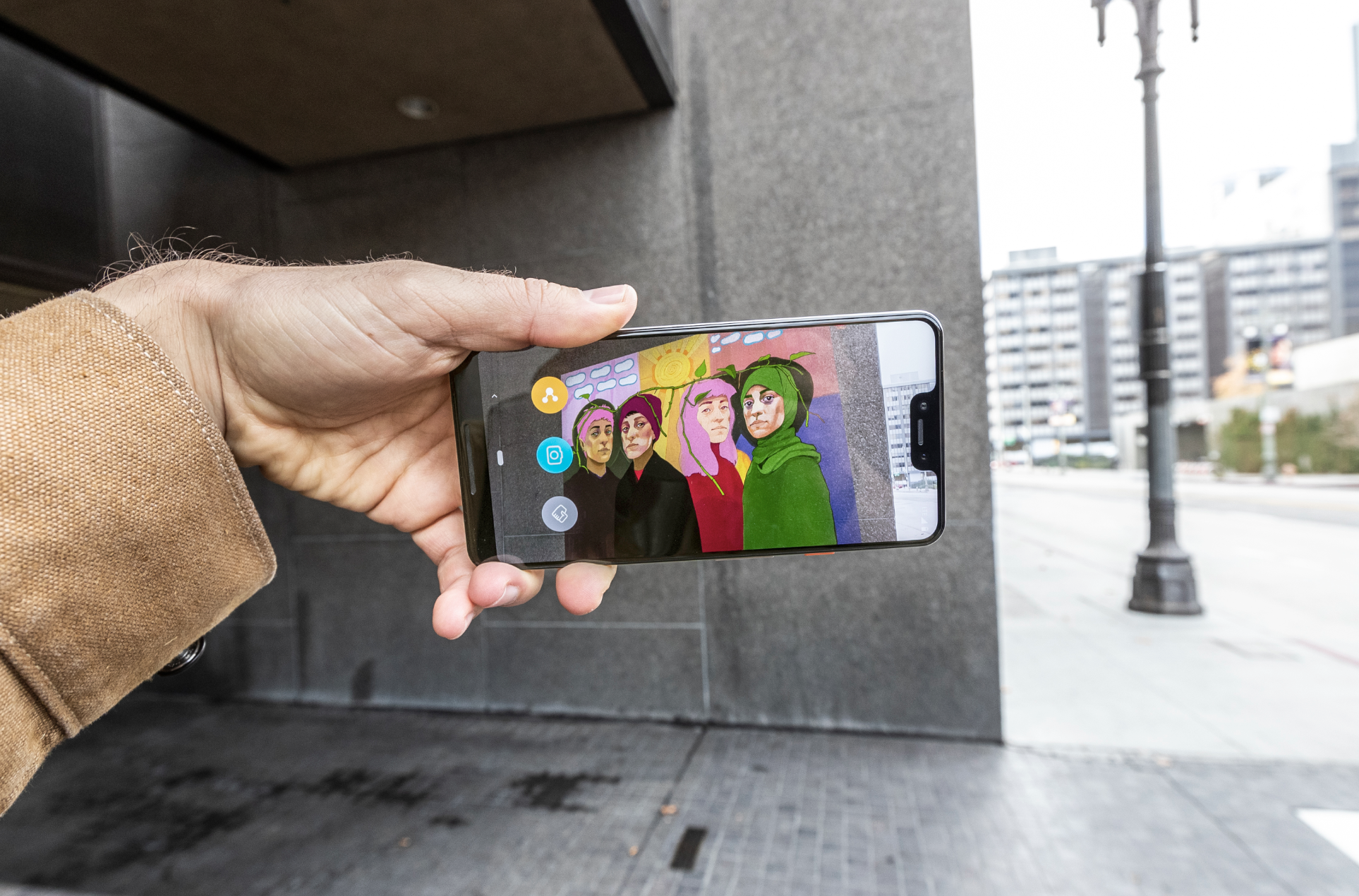 Using Google’s persistent cloud anchors in ARCore, Mark users are able to create permanent images that can be viewed and modified through the company’s app. In Los Angeles, the company worked with American and international artists Amy Sol, Sam Kirk , Faith XLVII, Ledania, and Fatma Al-Remaihi to create pieces that would be available at specific sites throughout the march route.

“This project will have a lot more legs outside of the Greater China reach,” Ko said.  As for the company’s Chinese shareholders (iDreamSky is an investor in Mark), the politics of the women’s movement in the U.S. were a foreign concept. “MyChina team was like, ‘What is that?'” Ko said.

If the collaboration with Mark was designed to inspire, the work that The Women’s March Foundation Los Angeles is doing with SameSide is intended to incite action.

A graduate of the politically focused accelerator, Higher Ground Labs, Sameside is the work of Nicole a’Beckett and her brother, a former Navy Seal. Together the two worked to create a social network that would combine political engagement and social activities to develop communities built around shared ideologies and purpose.

The company offers push notifications and reminders of important dates as well as a database of potentially engaged activists who could be organized around social events. It’s kind of like a politically focused “Meetup” with the added ability to message members about important dates and include calls to action for future activity.

“The Women’s March is the unofficial launch of SameSide, and is making the Women’s March in Los Angeles a catalyst for action by providing a platform for people everywhere to set up affiliated events — things like sign making parties, meet-up coffee parties the morning of the march, house parties for those who can’t attend a march — and delivering a voter registration action kit powered by Rock the Vote to everyone who RSVPs to any affiliated events or the Los Angeles Women’s March,” wrote a’Beckett in an email.

The Women’s March Foundation Los Angeles organizers view political engagement as a crucial next step for march participants. “There is a ‘to-do’ list after marching,” says Guereca. “The draw to Sameside is now people can plug in. How to continue the movement via your phone is critical.”