NBCUniversal officially unveiled its new streaming service, Peacock, today, announcing that the service will be available at no additional cost for Comcast’s Xfinity X1 and Flex customers on April 15, before launching nationally on July 15.

The company had announced its plans to enter the streaming market a year ago, describing it as an ad-supported, subscription service that would also be available to pay-TV subscribers at no additional cost.

That’s more-or-less what the company detailed at an investor presentation today, where it said there will be a free tier of Peacock that includes more than 7,500 hours of programming, including classic shows and the current seasons of freshman broadcast series. 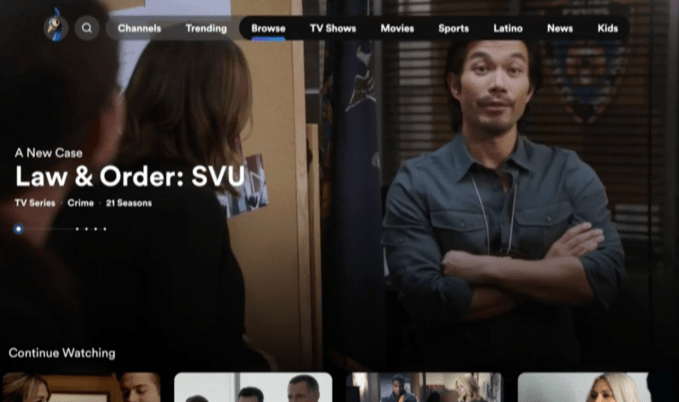 But if you want to see the original programming that NBCUniversal is creating for Peacock — as well as get early access to “The Tonight Show Starring Jimmy Fallon” and “Late Night with Seth Meyers” and twice as many hours of content overall — you’ll need Peacock Premium, which will be bundled for Comcast and Cox subscribers, and will cost $4.99 per month otherwise.

Both of those versions will include ads, though you can also pay $9.99 per month for an ad-free experience.

NBCUniversal said it will be spending aggressively over the next two years, with an investment of $2 billion over 2020 and 2021. The plan is to reach between 30 to 35 million active users in the United States by 2024, and to break even at that time

The new service is one of several big streaming launches expected this year, with WarnerMedia’s HBO Max and Jeffrey Katzenberg’s mobile service Quibi also preparing to make their debuts. Those join other recent entries from Disney and Apple in an increasingly crowded streaming landscape still led by the big three  — Netflix, Amazon Prime Video and Hulu. (The latter is now majority owned by Disney, but NBCU parent Comcast will hold onto its Hulu stake until 2024.)

Many of the newer streamers — including the just-launched Disney+ and Apple TV+, as well as the upcoming HBO Max — are opting for an ad-free experience. But NBCU’s Peacock will instead follow the business models adopted by Hulu and ViacomCBS Inc.s’ CBS All Access, where advertising helps to bring down the cost of the subscription.

NBCUniversal Chairman Steve Burke and other executives addressed the question of “subscription fatigue” during their presentation, with Burke arguing that this fatigue is exactly why Peacock is going with a (sort of) free approach: “We found it interesting that no one’s focused on primarily ad-supported, premium content. We believe that affordability will be critical as more subscriptions are launched.”

Why launch a service at all, if not to bring in subscription revenue? Burke argued that with DVR and on-demand viewing, NBCUniversal content is reaching a broader audience than ever — but on services like Hulu, Netflix and YouTube, “We don’t control the consumer experience … we don’t control how shows are sold to advertisers and in many cases, we don’t sell to advertisers ourselves.”

And those aforementioned cable bundles illustrate how these streaming services may also function less as businesses on their own and more a way to draw consumers as part of a broader strategy.

Despite its terrible name (they couldn’t even avoid Peacock jokes during the presentation itself, with Fallon asking, “What names did you turn down before settling on Peacock?”), the service has a chance to grab a slice of the streaming market thanks to its decent back catalog and NBCU’s plans to promote the service heavily during the Summer Olympics on NBC.

The presentation emphasized some of the star power and intellectual property that Peacock is drawing on, with appearances by Fallon, Tina Fey and Seth Meyers, as well as NBC News and Sports presenters.

NBCU announced much of Peacock’s original programming lineup last fall, including reboots of “Battlestar Galactica,” “Punky Brewster” and “Saved by the Bell,” plus new series like “Dr. Death,” based on the true-crime podcast; “Brave New World,” based on the dystopian Aldous Huxley novel; an SNL docu-series “Who Wrote That”; “One of Us Is Lying,” based on the NYT best-seller; and many more.

More recent additions to the originals lineup include the Fey-produced comedy “Girls5Eva,” as well as in-development shows like “Expecting” from Mindy Kaling, “Division One” from Amy Poehler, “Clean Slate” from Norman Lear and “MacGruber,” from Will Forte.

Peacock will also be the new home for Netflix’s most-watched series, “The Office,” in a deal valued at $500 million for the comedy classic. 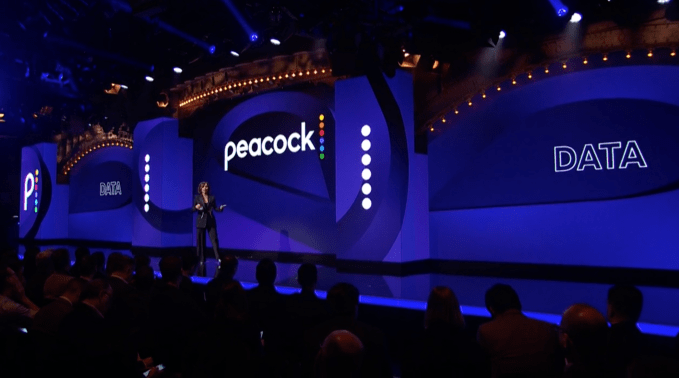 Popular films to stream on Peacock include “American Pie,” “Bridesmaids,” “Knocked Up,” “Meet the Parents,” “Meet the Fockers,” “A Beautiful Mind,” “Back to the Future,” “Brokeback Mountain,” “Casino,” “Dallas Buyers Club,” “Do the Right Thing,” “Erin Brockovich,” “E.T. The Extra Terrestrial,” “Field of Dreams,” “Jaws,” “Mamma Mia!,” “Shrek” and “The Breakfast Club.” Peacock will also feature films from these franchises: “Bourne,” “Despicable Me” and “Fast & Furious.”

And while you might think that every streaming service works the same, Peacock Chairman Matt Strauss said the company is trying to find approaches that don’t rely on the “endless scroll.” You’ll be able to look up a specific show or movie, but there also will be “channels” like “SNL Vault,” “Family Movie Night” and “Olympic Profiles.” And the service is supposed to get more personalized as you watch. 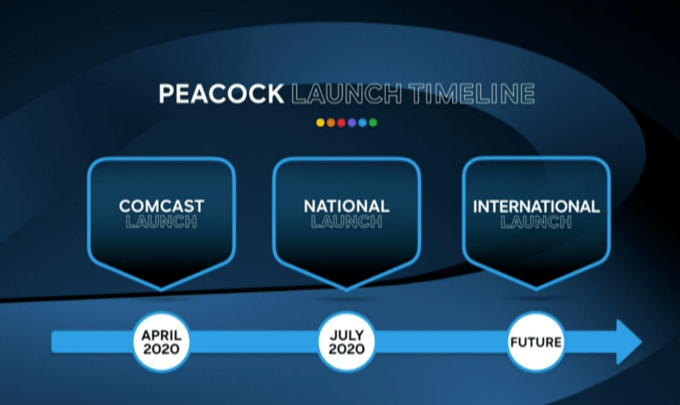 Strauss added that NBCUniversal plans to eventually launch internationally, but the company is currently focused on the United States.