U.S. consumers have shown strong interest in Disney’s new family-friendly streaming service, Disney+, according to new data from Sensor Tower, which focused on app trends in the final quarter of 2019. Following the app’s mid-November launch in the U.S., Disney+ was downloaded more than 30 million times in Q4 2019 — that’s more than double its next nearest competitor, TikTok, the firm said. 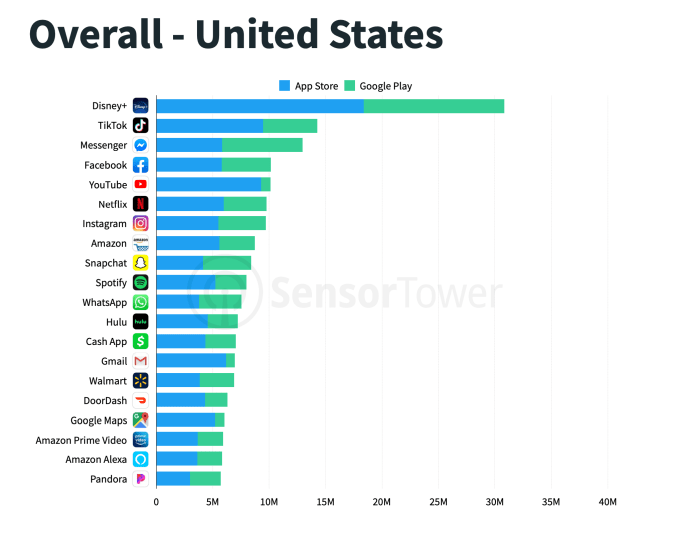 On the App Store, Disney+ beat out YouTube and TikTok for the No. 1 spot, after YouTube held the top position for the past four quarters. The app also hit a notable milestone on Google Play, as no other app had surpassed 10 million in U.S. downloads on Google Play in a quarter since Facebook Messenger did back in 2017.

In terms of revenue, Disney+ grossed more than $50 million in its first 30 days, beating out other subscription video on demand (SVOD) rivals, like HBO NOW and Showtime. In December, Disney+ also generated more U.S. revenue than HBO NOW had in its best month, including during revenue spikes it saw during the final season of “Game of Thrones.”

In Q4, Disney+ generated 16% of all SVOD revenue in the U.S. — an impressive feat, given it only launched in mid-November. Also notable is that the app was able to reach 71% of Netflix’s peak revenue in December. 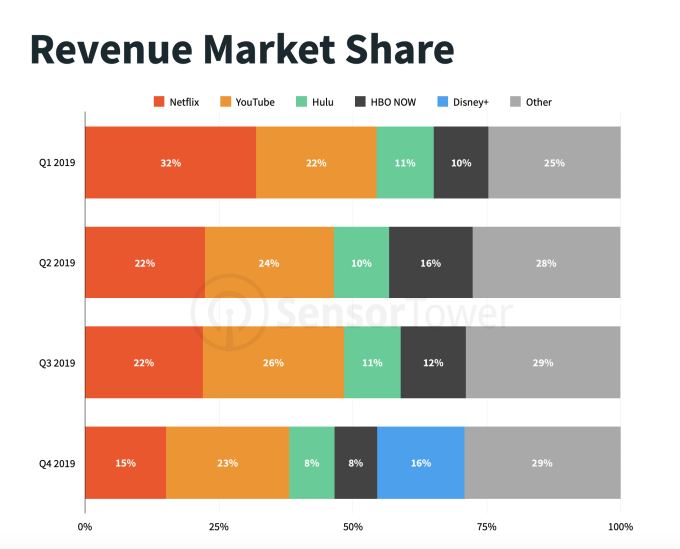 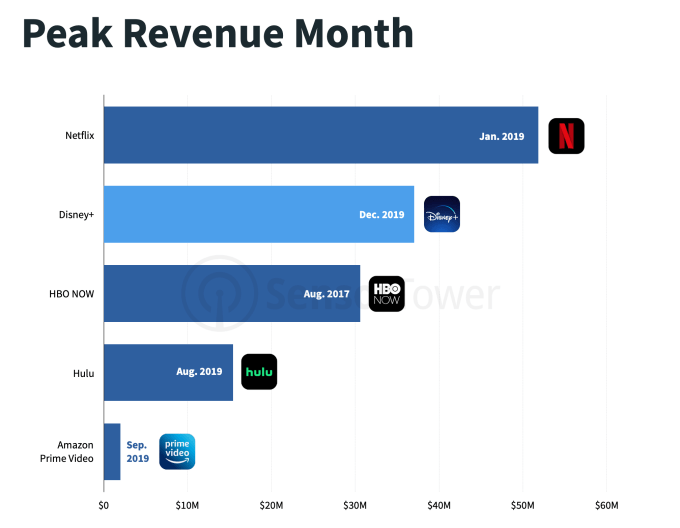 In addition, Disney+’s 30 million U.S. installs were more than Hulu and Amazon Prime Video had in all of 2019.

Though the app immediately grabbed 34% of Q4 SVOD downloads at launch, Sensor Tower notes that downloads for other SVOD apps still grew by 12.5% quarter-over-quarter in Q4 2019, and 4.7% year-over-year. That could indicate that Disney+ isn’t cannibalizing other apps in the streaming market — it’s expanding the market. 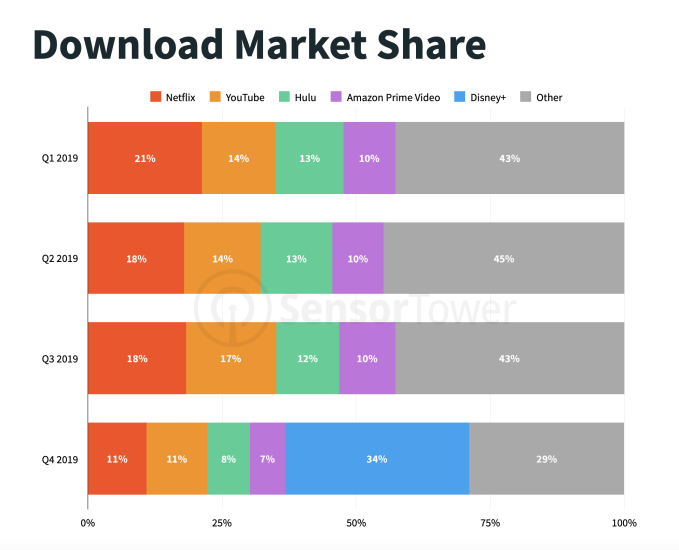 While Disney’s brand is powerful, Disney+ is also benefiting from the timing of its launch. Unlike Netflix, which had to steadily carve out its place in the U.S. streaming market, consumers are now ready and willing to try new streaming apps. The new app also launched just ahead of the holiday season, when people have more time to spend with entertainment apps and games. Plus, Disney+ launched with several promotions to help push installs, including one with (disclosure: TC parent) Verizon that offered a year for free, another with Google to give three free months to Chromebook owners and a discounted bundle of Disney+, ESPN+ and Hulu for $12.99/month.

Now in its second month, post-launch, Sensor Tower says the app has reached nearly 41 million total installs across the App Store and Google Play worldwide and has generated an estimated $97.2 million in consumer spending. 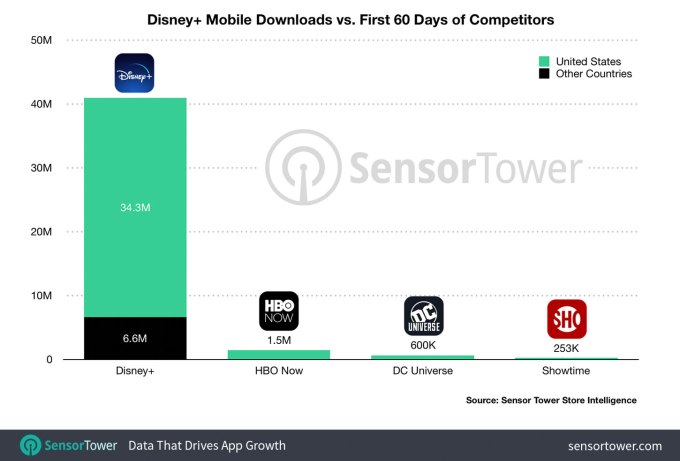 Its revenue figures are still strong, too, with the app generating $43.9 in month two after the $53.3 million it made during the first 30 days. (This includes revenue in the U.S., Canada, Australia, New Zealand and the Netherlands). 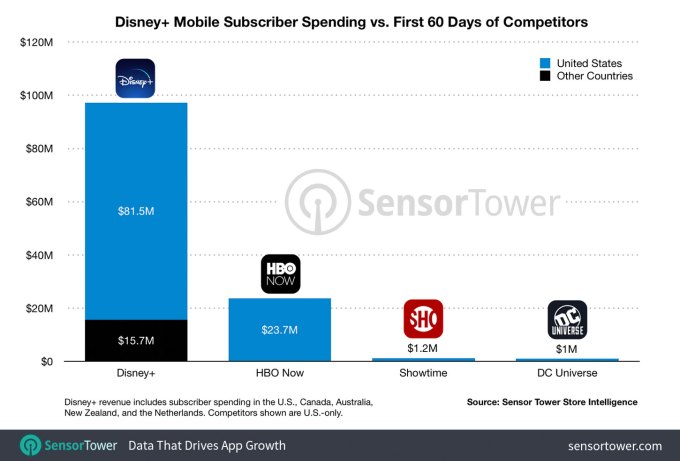