Assa Abloy, the world’s largest lock maker and the parent company of August Home and Yale, announced some new products at CES this week. The company didn’t talk about doorbell cameras at all — it could be related to recent Ring’s controversies.

As a well-known brand when it comes to smart lock in the U.S., August Home is iterating and refining with new products without any groundbreaking change. This time, the company is introducing a new August Wi-Fi Smart Lock.

This is the fourth generation lock from the startup that got acquired by Assa Abloy. It is 45% smaller than the previous version and it features a Wi-Fi chip on the device itself. It means that you no longer need to plug a bridge that connects to your Wi-Fi network and communicates with your lock.

As a result, battery life should be a bit worse on the new device. The company says that you can expect 3 to 6 months of battery compared to 6 months with the third generation device.

Like previous versions of August devices, it integrates directly in the deadbolt so that you don’t have to replace your lock altogether. 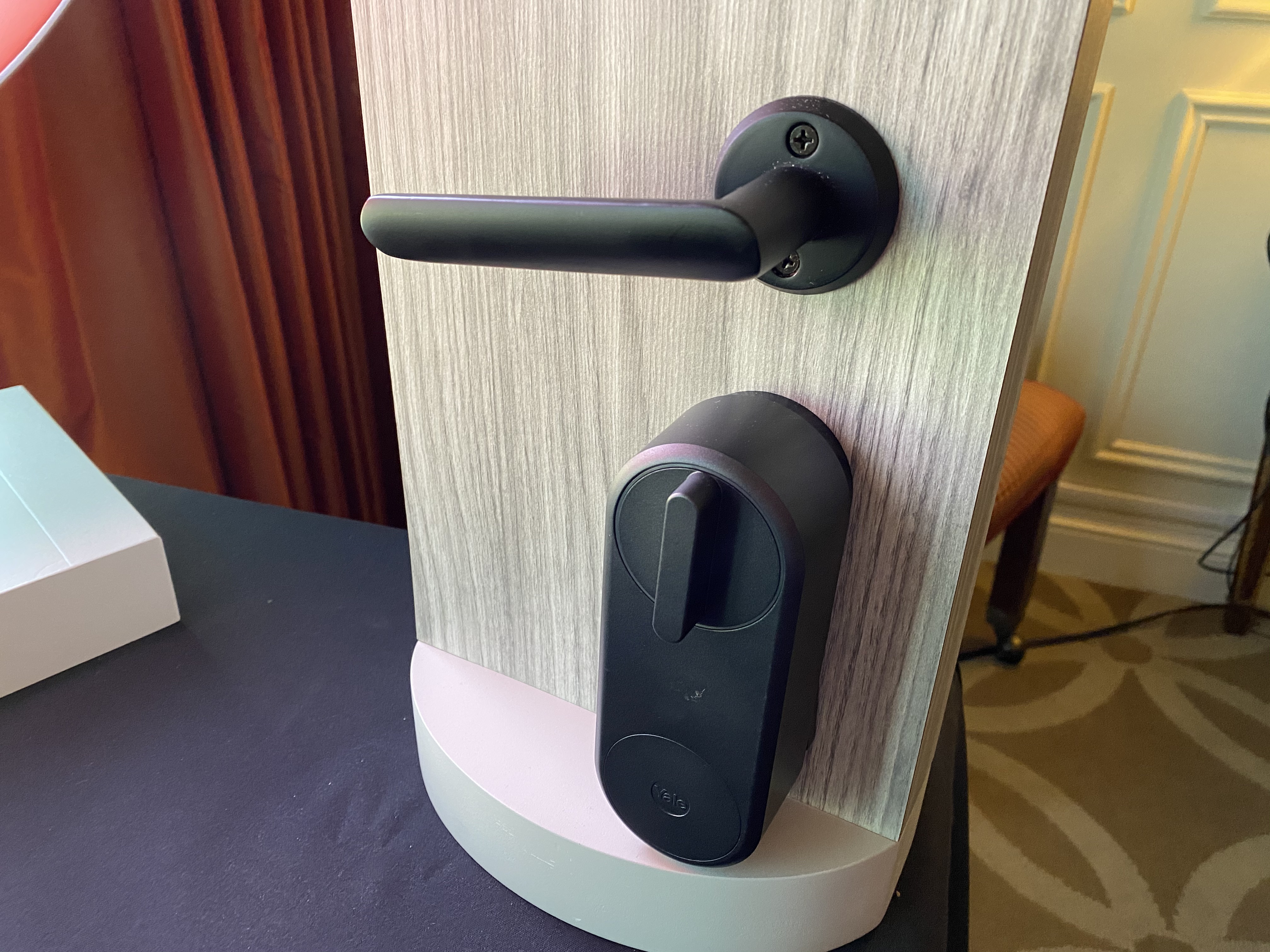 While August Home is quite popular in the U.S., the same can’t be said in Europe. It turns out that the lock market is quite fragmented with different locking system depending on the country.

But Yale is releasing a smart door lock called Linus that works pretty much like August Home locks in Europe. Yves Behar has designed both the new August Home lock and the Yale Linus lock. The company has designed different mounting plates so that it fits with as many European homes as possible.

You can lock and unlock your door using your phone, temporarily hand out digital key to guests and more. The Linus lock isn’t connected to the internet, so you have to get a bridge in case you’re interested in that functionality. There are integrations with Amazon Alexa, Google Assistant, Apple HomeKit, Airbnb and IFTTT.

When it comes to apps, the August Home and Yale apps are now identical. The company is just keeping both names for branding reasons.

Yale also took advantage of CES to announce a Smart Cabinet Lock that can lock your medicine cabinet for instance. The company has integrated that lock into a delivery box that you can put in front of your house. There’s a new smart safe as well.