Anki’s true legacy in robotics will only be sufficiently determined over the course of a few years. But while the startup’s vision for Cozmo ultimately failed, I suspect we’ll see its take on the category of home robotics leaving a lasting legacy.

The Keyi Tech representative I spoke to at CES was quick to deflect a comparison to the company, mostly on the basis that its own modular robots are designed for STEM learning, rather than Cozmo’s friendly home companion vibe.

But the animation-inspired characterization is clear front and center with ClicBot. In fact, Keyi says it even followed in Anki’s footsteps by hiring a Kickstarter animator to create the single, cycloptic eye in the middle of its cylindrical head. And, indeed, it goes a way toward giving the product a warm, lifelike appearance.

Demos were limited at the show, though a row of ClicBots were lined up, performing a choreographed dance to Redbone’s “Come and Get Your Love.” It’s a jam, for sure. Not sure if it’s licensed or not, but it’s all over the promo videos the company issued ahead of CES (Update: The company reached out to note that they have licensed the song. Good choice, great track). Another quick demo found ClicBot responding affectionately when a Keyi rep rubbed the side of its face. 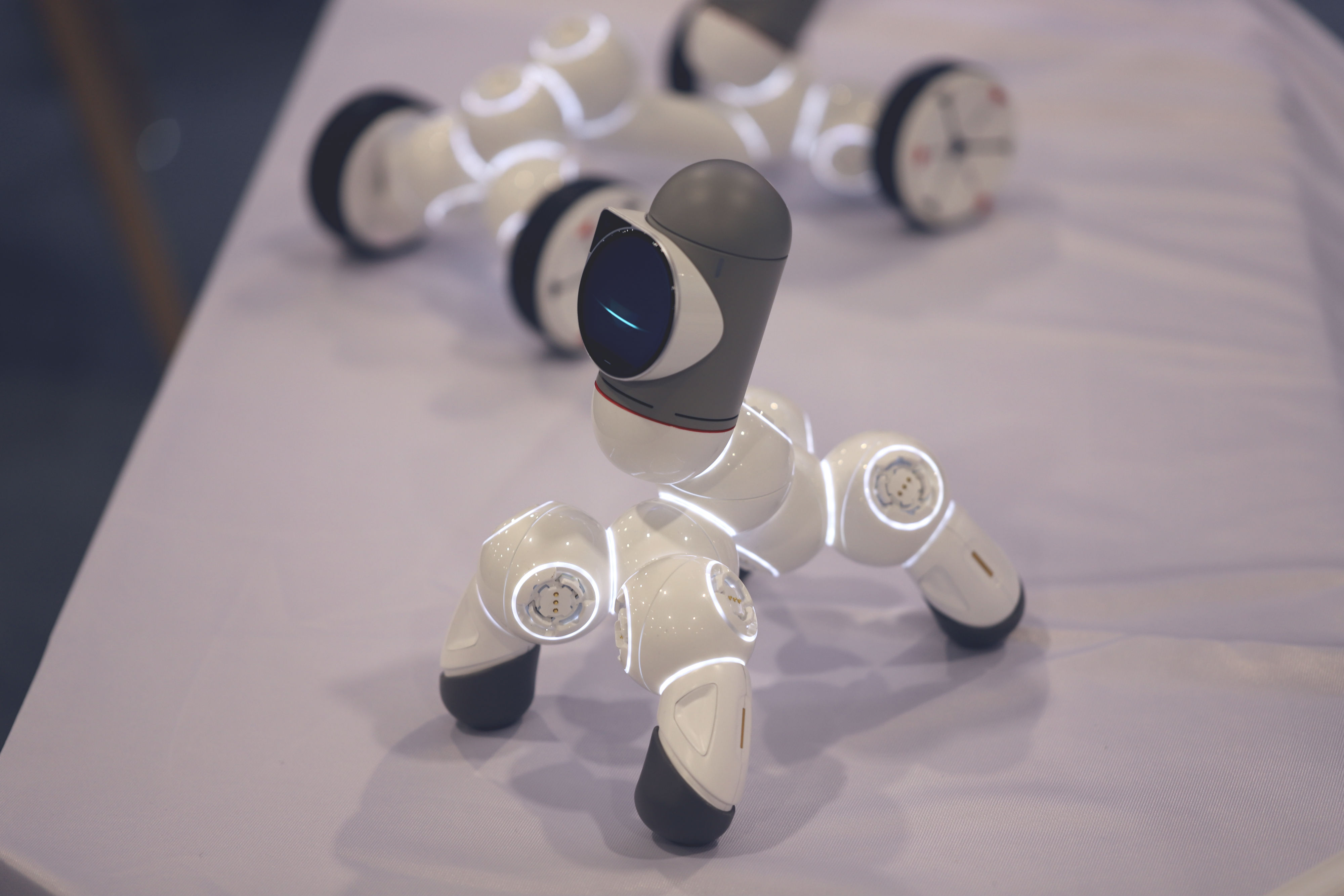 Again, there are big differences between the devices, their claims and what sector of the market they intend to fill. The product is modular and designed to be built according to a connected app. Once built, it can do things like serve coffee, but nowhere does it claim to be the kind of autonomous robotic pet Anki was shooting for.

The ‘bot kits will start at around $300, and should be available through Amazon soon.