Two of the top three telecom operators in India are beginning to address one of the biggest challenges hundreds of millions of their subscribers face in the country each day: poor call quality and abrupt voice drops.

Reliance Jio, India’s second largest telecom operator, announced today that it now supports voice and video calling functionality over Wi-Fi networks. The 4G-only network said it has started to roll out the feature to all of its subscribers in India and expects to reach all of its 360 million consumers by next week.

The rollout of calls over Wi-Fi functionality on Jio comes weeks after Airtel, India’s third largest telecom operator with more than 260 million subscribers, began to support this feature in select places in the country. Neither of the operators are levying any additional fee for this feature and say that their subscribers can place phone calls over Wi-Fi across the networks.

Wi-Fi calling is a popular feature that enables users to latch onto their wireless internet connection to make phone calls. These calls tend to be of much better quality than those that rely on traditional telecom infrastructure. In the U.S., T-Mobile, Verizon (which owns TechCrunch) and AT&T began to offer this feature in late 2015 and early 2016.

In many markets such as India, calls over internet began to gain traction four to five years ago after services such as WhatsApp enabled such functionality. In the years since, telecom operators have also rolled out support for calls over LTE networks. 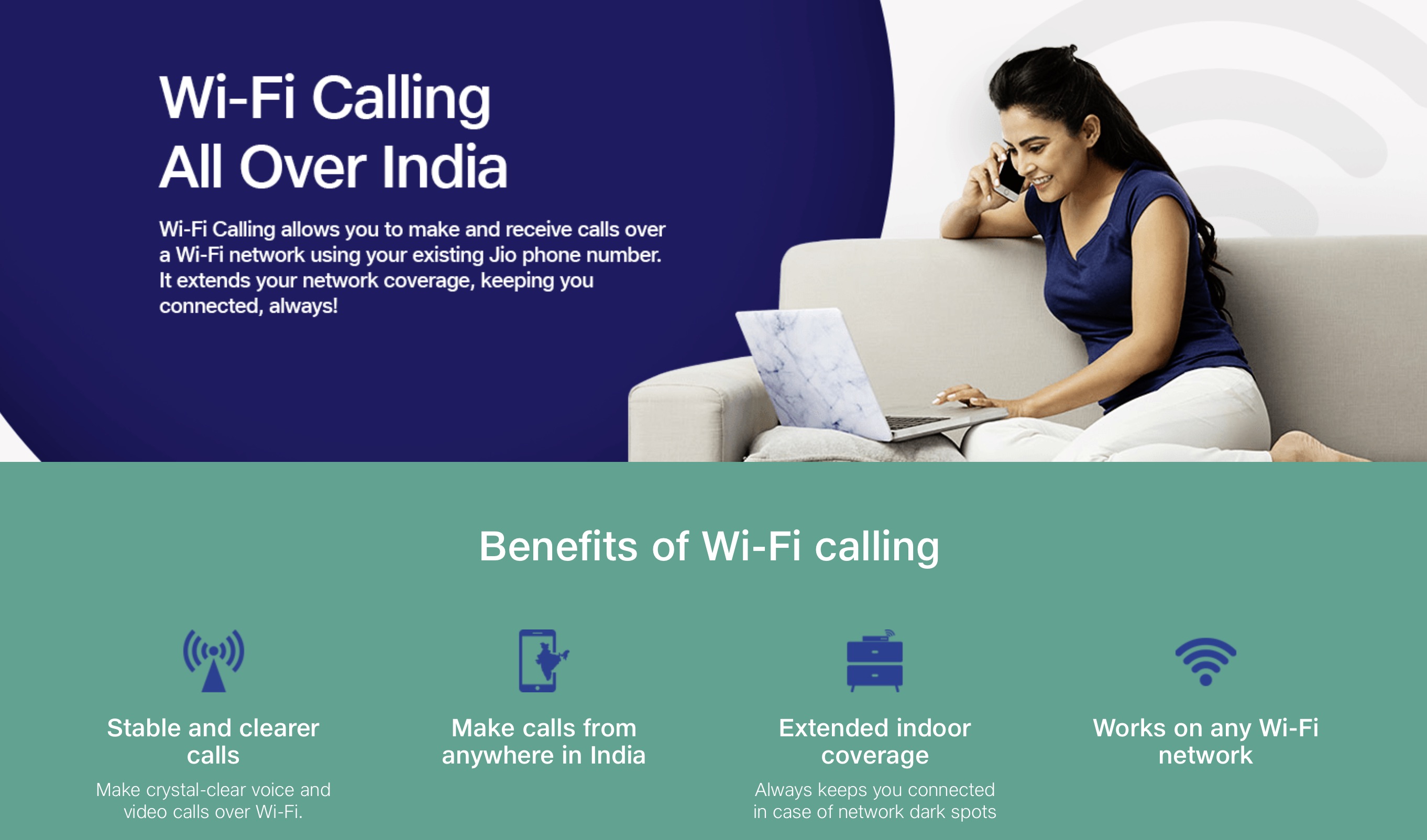 Airtel currently supports Wi-Fi calling in select circles — such as Mumbai, Kolkata, Andhra Pradesh, Karnataka and Tamil Nadu — and requires its users to be a subscriber of Airtel broadband service. It also works only on a handful of smartphone models.

Reliance Jio, on the other hand, supports more than 150 smartphone models, including several recent iPhone generations and a wide range of mid-tier and high-end Android smartphones. A Reliance Jio spokesperson told TechCrunch that Jio’s Wi-Fi calling functionality works on any Wi-Fi network.

Akash Ambani, director of Jio, said Reliance Jio consumers already use more than 900 minutes of voice calling every month. “The launch of Jio Wi-Fi Calling will further enhance every Jio consumer’s voice-calling experience, which is already a benchmark for the industry with India’s-first all VoLTE network,” he said in a statement.

Vodafone, which at the last count (PDF) was ahead of Reliance Jio by a few million subscribers, is yet to offer this functionality. The announcement follows price hikes by all the top three telecom networks in India.