At the Consumer Electronics Show in Las Vegas, PopSockets is launching a new must-have item to its lineup of smartphone accessories — and one that solves a significant problem for PopGrip users. The company today is unveiling the PopPower Home wireless charger that allows you to wirelessly charge your supported Apple or Android smartphone by making room for the PopGrip on the back of your phone by way of a hole in the middle of the charging pad.

This design allows the mobile device to sit flush with the charging pad so it can wirelessly charge — something that hasn’t been possible with standard wireless chargers. Instead, PopGrips users would either have to remove their phone case (or swappable PopGrip) to take advantage of wireless charging, or they’d have to forgo it altogether and instead opt to charge their phone with a power cord, as usual. 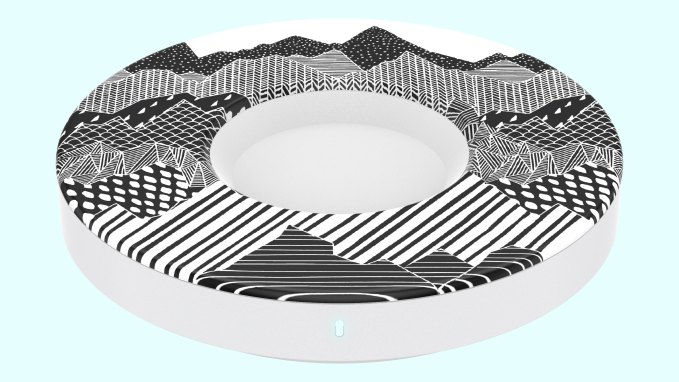 The new PopPower Home charger solves this problem. It will also work through phone cases up to 5 mm thick and can charge devices that don’t have a PopGrip on the back, like other phones or the AirPods with Apple’s Wireless Charging Case — even if it’s protected by one of the AirPods case covers that PopSockets sells.

The new charger, powered by Nucurrent, features Qi certification with Extended Power Profile (EPP) to deliver up to 15 watts of wireless power for fast-charging wireless mobile devices. (Many other chargers are 5 to 10 watts, for comparison’s sake.) The phone’s brand/model, case thickness and battery depletion will affect the charge times, PopSockets says. 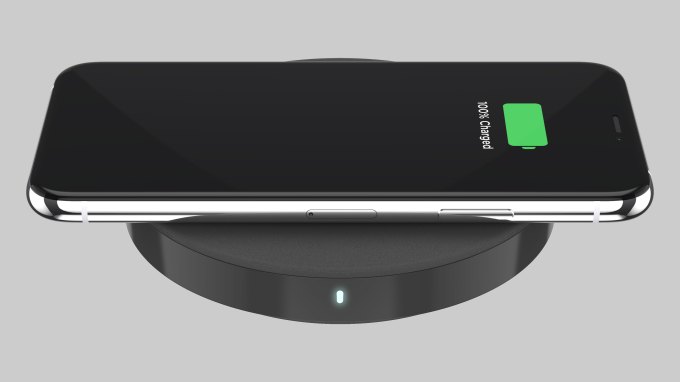 Using the case is as simple as plugging it in, then placing your phone or another device on top — making sure any attached PopGrip slides down into the hole in the middle. An LED indicator on the side will subtly alert you that the case is charging. 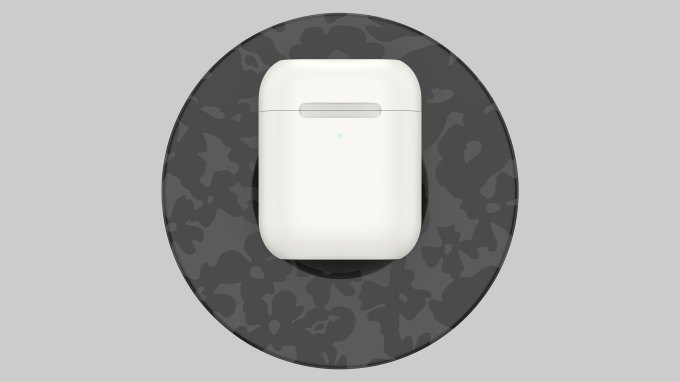 Like PopGrips themselves, the case comes in an array of designs, including Night Bloom, Mountainscape, Matte White, Cosmic Cloud and Carbonate Gray. 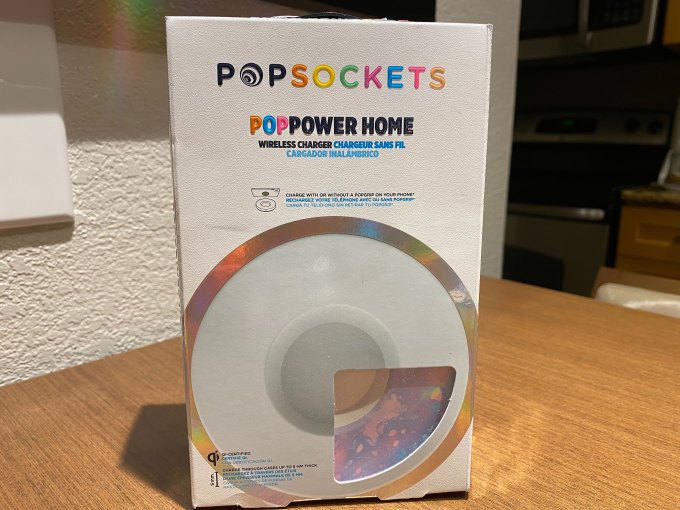 PopPower Home is available today exclusively on Popsockets.com for $60. That’s pricier than many of today’s wireless chargers, which tend to be $20 or less. But for dedicated PopGrips users, it’s worth it for the convenience of just being able to lay your phone down to charge.

At launch, only three styles are available, but the others will arrive in late January.

It’s not currently being sold as a bundle, but will arrive on Amazon later this year — possibly as soon as February.

Despite the price, the new product will likely do well because of PopSockets’ large, existing customer base. To date, the company has sold 165 million PopSockets, it says.