Over the course of the last few years, we’ve seen a number of new companies come to CES to brandish their consumer electronics chops as their own industries went through significant disruptions thanks to new technologies. The most obvious example of this is the car industry, which now has a major presence at both CES and MWC. Now, the airline industry is also getting in this game, as Delta Air Lines CEO Ed Bastian used his first CES keynote to show off his company’s efforts to use technology to improve the flying experience.

Bastian showed off the company’s new vision for its Fly Delta app, for example, which is maybe the most important touchpoint between the airline and passengers today. The company wants to transform the app into a “digital concierge that anticipates customer needs.”

In practice, that means the company will soon launch a new feature that tells you when it’s your time to board, for example. While you can obviously already get a notification when your flight boards, this new feature, which is launching next month, will tell you when your group is boarding (and with Delta’s whopping nine boarding groups, that is actually quite useful) or which security checkpoint at the airport would be best for you, given which gate you’re leaving from.

Bastian also said that the app may soon let you choose seats through an AR experience and may feature proactive weather alerts that could affect your future flights (something that I’ve seen United do in recent weeks as well). 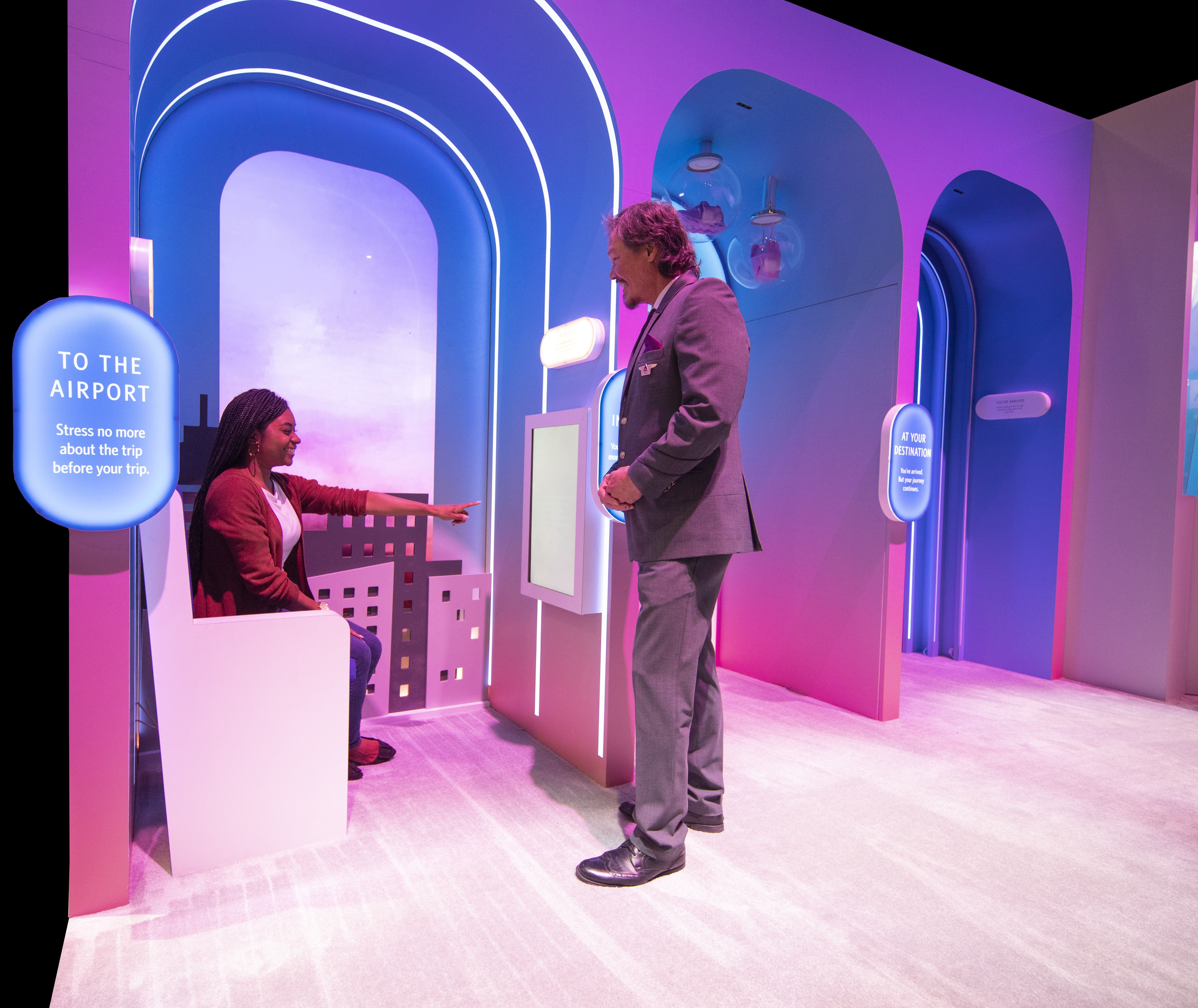 The company also announced an extended partnership with Lyft, which builds on the company’s existing partnership that allows Delta fliers to earn miles when booking Lyft rides, for example. Now, the app will highlight this partnership in more places, but more importantly, the companies are looking at a dedicated premium Delta-Lyft experience at some airports (though what exactly that is meant to look like remains to be seen), as well as the ability to use frequent flier miles to pay for rides.

“Instead of checking one app for traffic, another for airport parking and a third for TSA wait times, Delta is building the capability to simplify travel by helping you manage everything from ridesharing and in-flight entertainment to bag delivery and hotels,” Bastian said. “We’re excited to start exploring these possibilities with an innovative leader like Lyft, with whom we share a passion for making the customer travel experience even more rewarding.”

Bastian also highlighted the company’s work with Misapplied Sciences, which makes displays that can show different content to multiple viewers in parallel. You can think of it as a large display that sits in a public space (like an airport) and shows you where your next gate is, for example. 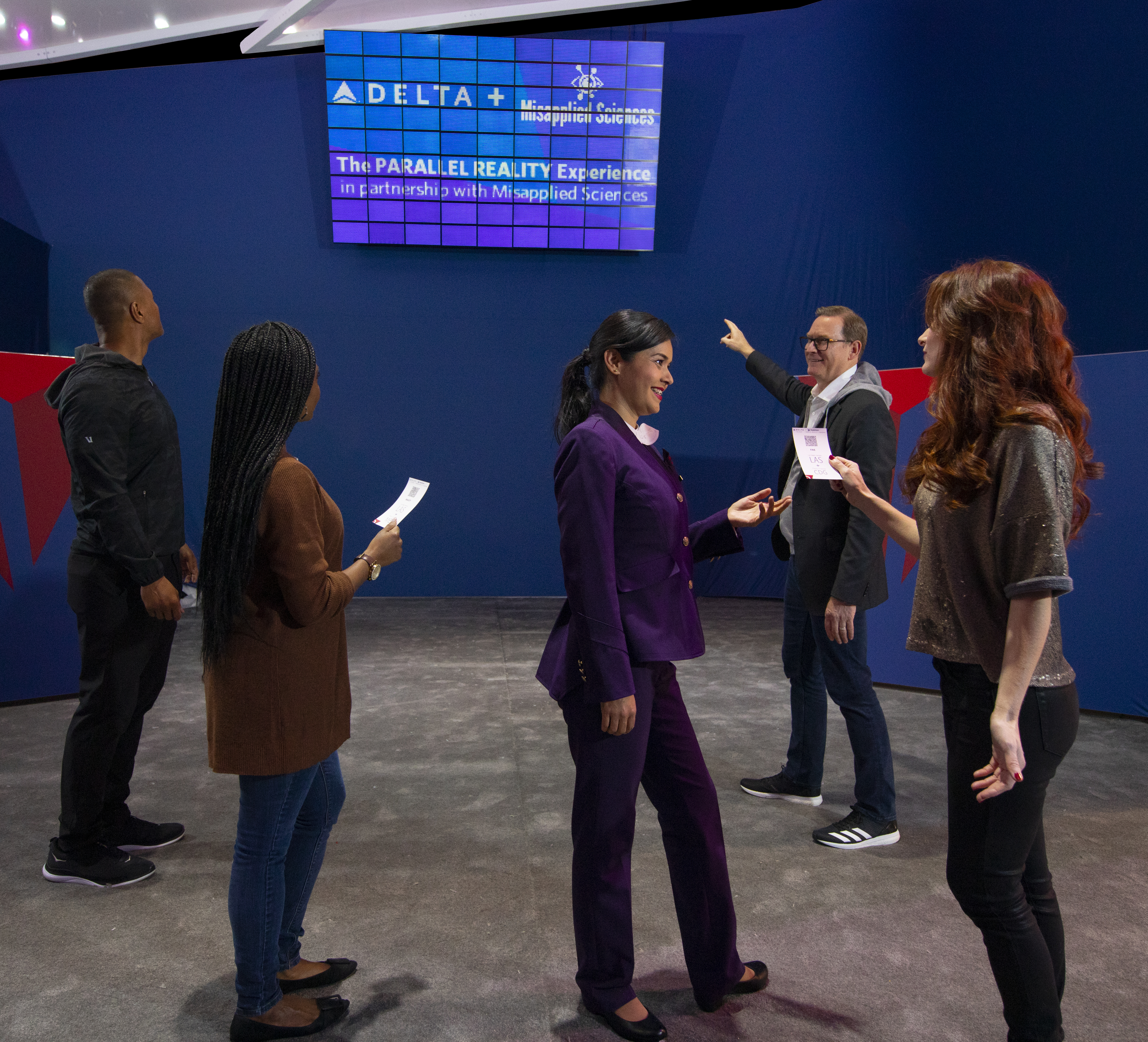 Delta will first test Misapplied Sciences’ Parallel Reality experience in Detroit later this year. Almost 100 customers will be able to use the display and see personalized content about their travel — including wayfinding, flight information, boarding times and — most importantly — upgrade status. All of this will be opt-in, Delta stresses, and no customer information is stored (beyond what Delta already knows about your travels, of course).

“We are looking forward to bringing this to life with Delta. The team there quickly saw the value the Parallel Reality experience would bring to its customers and had the vision, brand and resources to help bring it to market,” said Albert Ng, Misapplied Sciences CEO. “While we will start with Delta customers in Detroit, eventually Parallel Reality technology can be used to create seamless, engaging and personalized experiences in nearly any out-of-home venue — ranging from stadiums to theme parks to convention centers and more.”

As for the exoskeleton, that’s sadly not meant for passengers who want to quickly get from gate to gate. Instead, Delta is partnering with Sarcos Robotics to test how its employees could use them for lifting heavy objects, for example. Sarcos says its exoskeleton could help an employee lift up to 200 pounds repeatedly for up to eight hours without fatigue (though I think I would get bored after lifting weights for eight hours…). 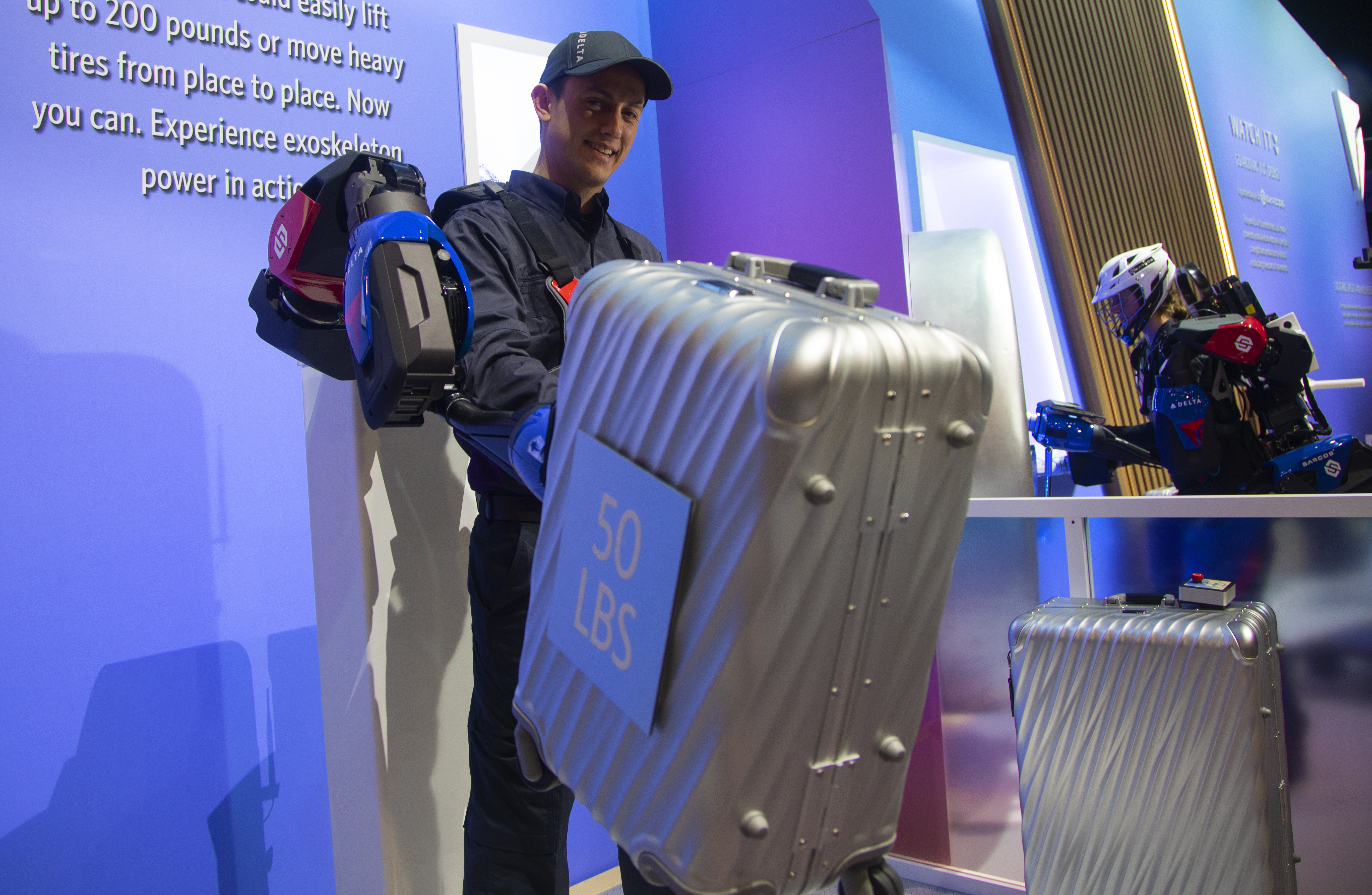 Once those exoskeleton-enhanced airport workers have loaded your bag and you’re comfortably sitting in your seat, Delta also wants to improve its on-board entertainment. Starting this year, the company plans to test a “binge button” that will let you watch entire seasons of a show uninterrupted. In addition, it will also offer a recommendation feature with personalized options based on your previous viewing behavior, as well as a “do not disturb” and “wake me for meal service” setting for its economy class customers on some long-haul flights.

All of these updates sound useful (even though most fliers would probably prefer an extra inch or two of legroom and seat width over any of these). Delta has recently improved a lot of the actual flying experience with better food options, even in economy, and other changes. It’s only a natural move to extend this to the digital experience that has now become the most important way for the company to interact with its customers. 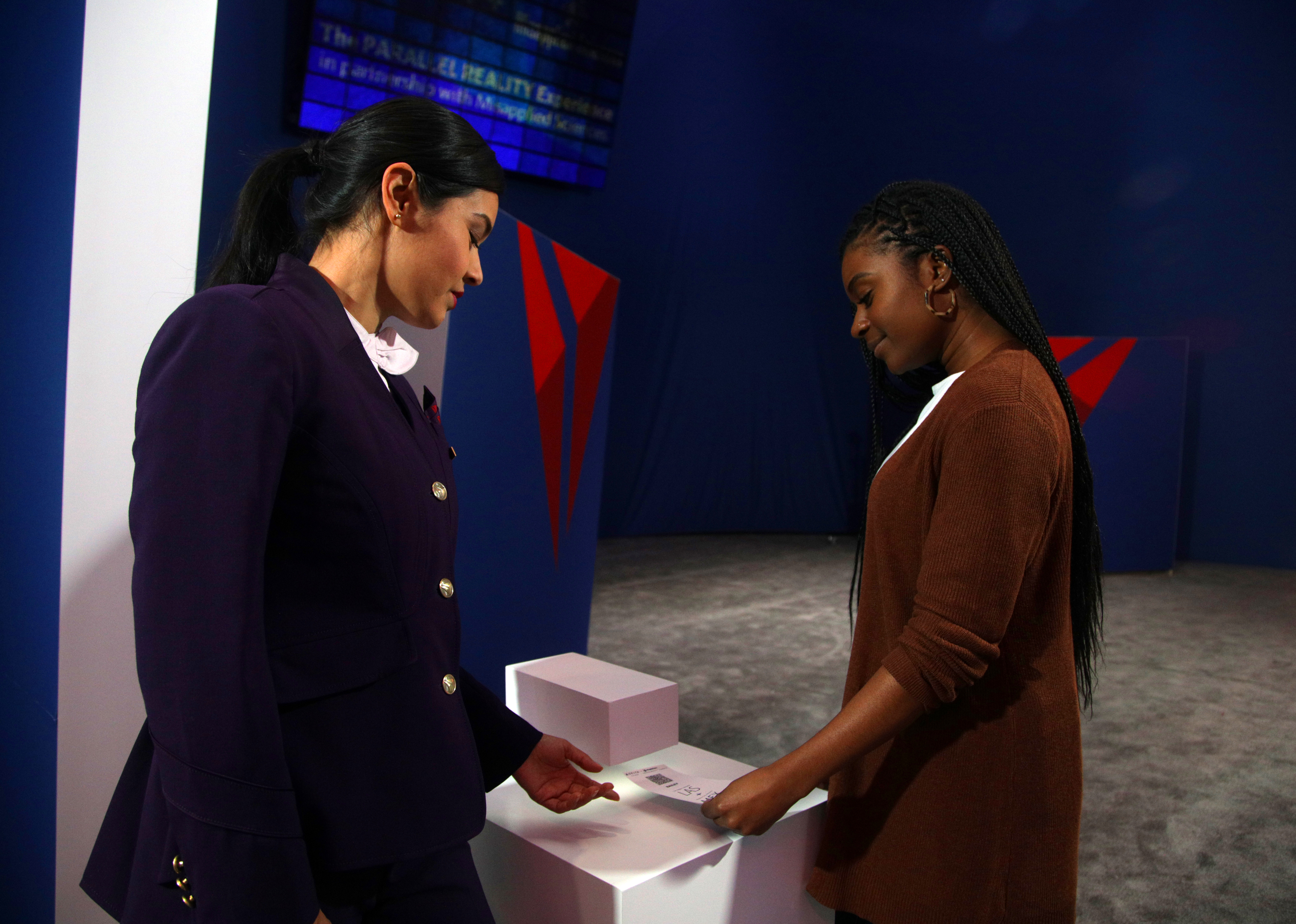