Damon Motorcycles doesn’t want to become the Tesla of e-moto companies. But the startup does believe its EV two-wheeler is the first to capture the ethos of Tesla owners.

That’s the target market for Damon’s new $24,995 Hypersport, according to CEO Jay Giraud.

The Vancouver-based startup unveiled the e-motorcycle today at the Consumer Electronics Show in Las Vegas, after offering a teaser in December.

The company’s new EV is cloud-connected, manages performance through digital riding modes and will get riders from 0-60 mph in less than 3 seconds.

These specs alone would make the Hypersport impressive in an increasingly competitive e-moto market, but they’re only part of the Damon package. The seed-stage company also creates proprietary, digital safety technology engineered to overcome (what it sees as) common flaws in motorcycle design. 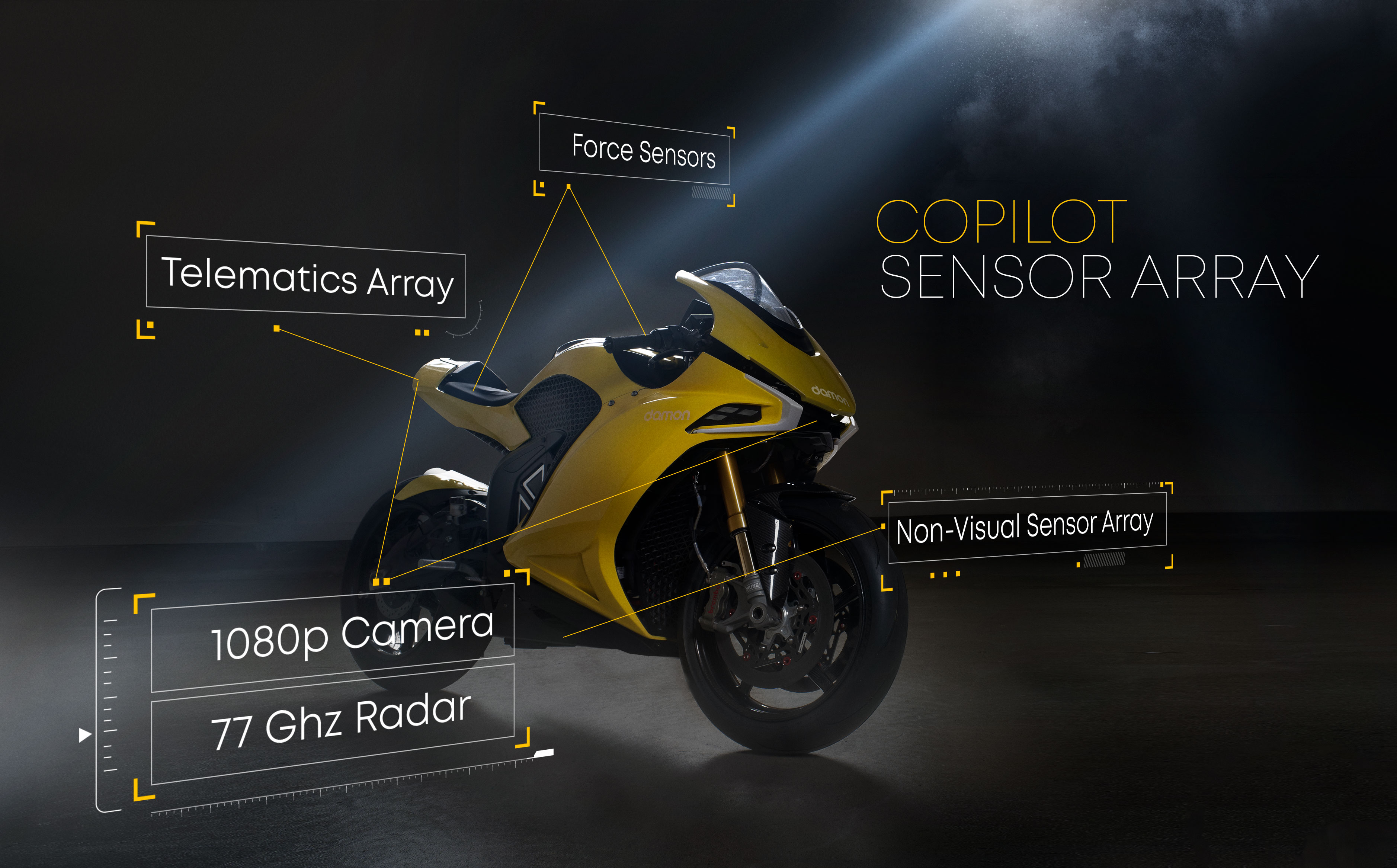 “We’re trying to change the industry by addressing the issues of safety and handling and comfort and the problems that have persisted with everyone in the industry, including all the e-moto companies today,” Giraud told TechCrunch in December.

To that end, Damon has positioned its Hypersport as an ultra-fast, smart and safe motorcycle by infusing it with unique tech features. To start, the EV is equipped with the company’s CoPilot system, which uses sensors, radar and cameras to detect and track moving objects around the motorcycle — including blind spots — and alert riders to danger. 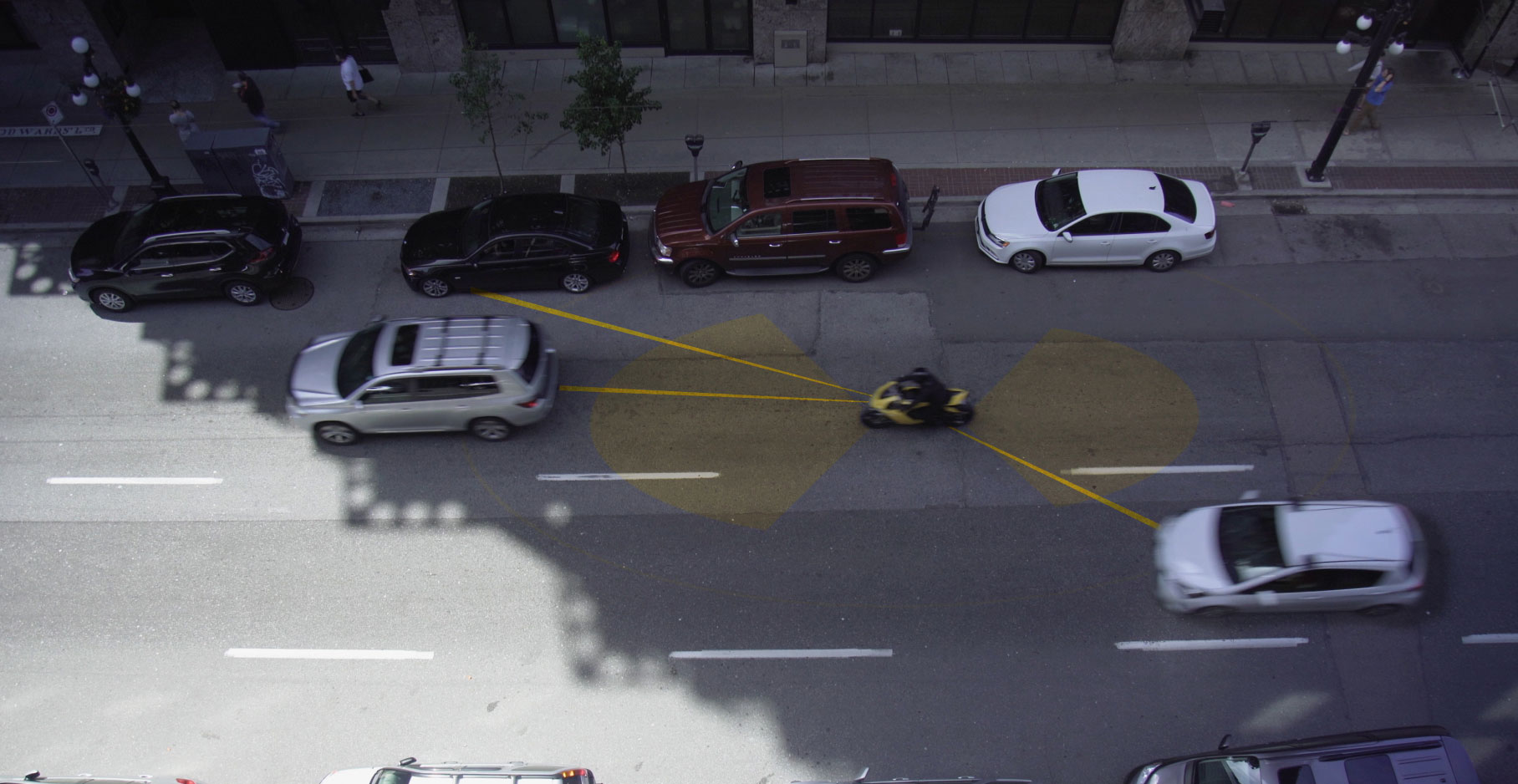 Damon has also addressed the one-size-fits-all problem in motorcycle design, integrating a system on its Hypersport for adjustable ergonomics. The startup’s debut EV allows riders to electronically shift the motorcycle’s windscreen, seat, foot-pegs and handlebars to accommodate different positions and conditions — from upright city riding to more aggressive high-speed runs.

Damon is taking pre-orders for its Hypersport and will skip dealers, opting for a direct-to-consumer sales and service model.

The company enters a stagnant American motorcycle market that’s becoming crowded with EV offerings. New motorcycle sales in the U.S. have dropped by roughly 50% since 2008 — with sharp declines in ownership by everyone under 40 — and have never recovered, according to Motorcycle Industry Council stats. 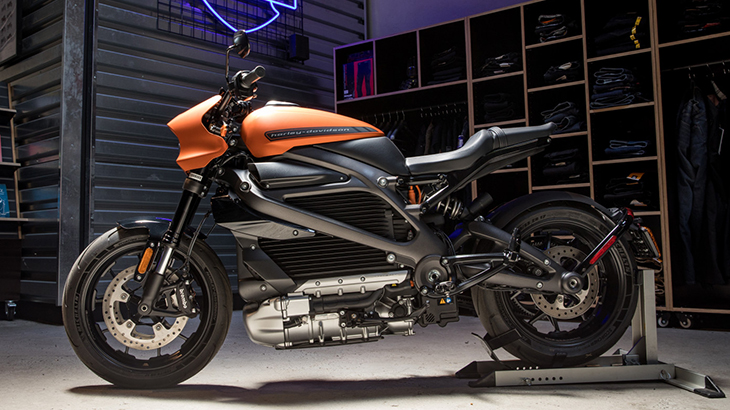 Harley’s entry followed several failed electric motorcycle startups — Alta Motors, Mission Motors and Brammo — and put it in the market with existing EV ventures, such as Zero  — which debuted its $19,000, 120 mph SR/F in 2019.

High-performance Italian EV company Energica has expanded marketing and sales in the U.S., and 2020 should also see e-moto debuts by California-based Lightning Motorcycles and Fuell, a French and American-founded company with plans to release the $10,000, 150-mile range Fllow.

The company’s CEO, Jay Giraud, believes the startup’s melding of superior performance and safety features will give Damon a comparative advantage over other offerings.

He also sees Damon’s Hypersport (and planned subsequent models) as the first motorcycles that can sell to an existing but largely untapped e-moto market segment: Tesla owners.

“They know electric drive…they know what insane acceleration feels like…and they appreciate tech that makes the safety of the EV, on top of the unbelievable performance,” said Giraud — who co-founded Damon with fellow Canadian Dominique Kwong. 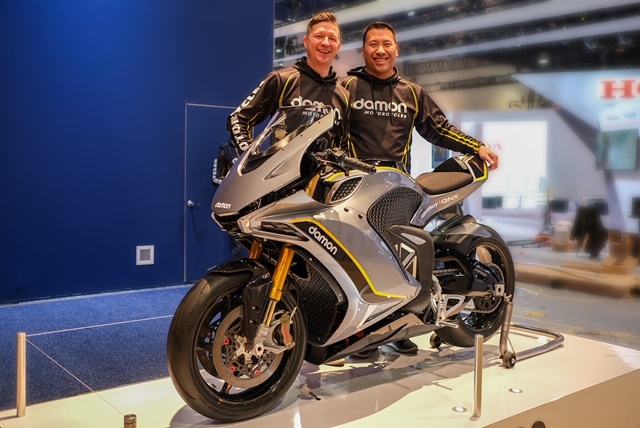 “Sure they are,” said to Giraud. “Tons and tons of Tesla owners own motorbikes and over 1,700 people who filled out an interest form on our website told us they were [Tesla] owners.”

Damon is banking on what Giraud referred to as the Tesla-effect. “Within about six months of owning a Tesla…people start looking around for what else in their home and garage should be electric. And those are the customers we’re going after first,” Giraud said.

So time and sales stats will tell if Damon can attract affluent four-wheel EV owners to buy $25,000, 200 mph electric motorcycles.

We’ll also see if the company’s innovative design can create a Damon effect — shifting market expectations on OEMs and e-moto startups to offer both high-performance and extensive digital-safety features on motorcycles.