I know, I know. Laptops fold. Convertibles fold. I get it, you’re being pedantic. So let’s just move past all of that and talk about this funky new thing from Lenovo. The company just announced the ThinkPad X1 Fold — the delivery of the device it teased back in May of last year.

The product is probably best described as the lovechild of a foldable phone and a laptop. You’ve got to hand it to Lenovo — while it’s true not every device is a runaway success, the company is more than happy to experiment with interesting concepts in between more straight-laced office-minded offerings. 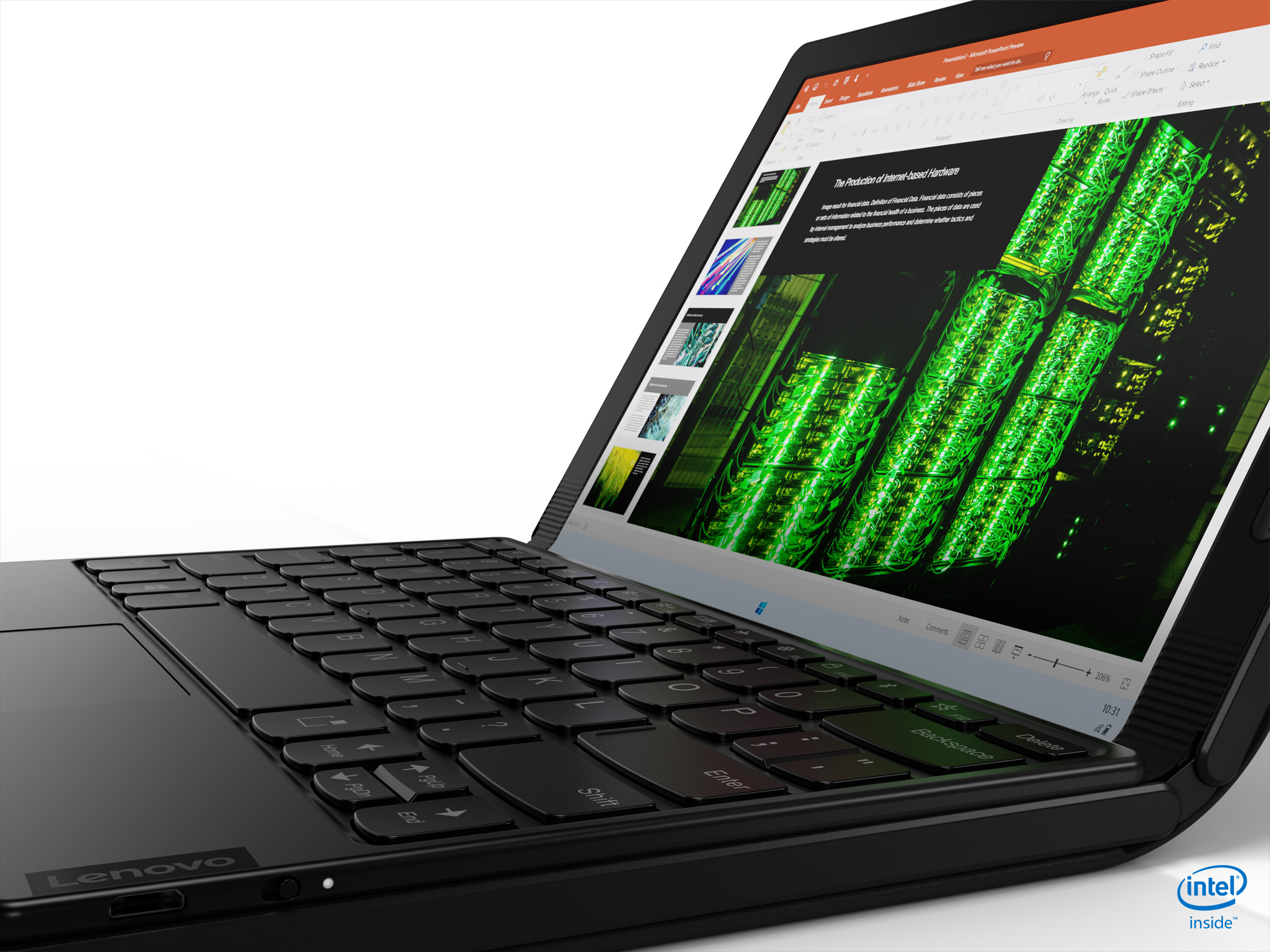 More than anything, the X1 Fold is the latest in a long line of convertible form factors attempting to bring the best of tablets and laptops to a single form factor. Maybe there’s a seed of an idea here. We’ll see the thing in person, soon, but if early foldable phones are any indication, it could be a bit rough going at first. That said, Lenovo’s new Motorola Razr might be the closest of all to sticking the landing.

The laptop has a 13.3-inch display when unfolded, making it fairly compact. There’s also a magnetic Bluetooth keyboard that can sit on the bottom half of the screen for a full laptop effect, or be detached to be used with the fully unfolded screen (the $24 stand is not included). When the system’s not in use, it sits in the middle, charging wirelessly. I’m not sure how practical any of this is until I get a chance to try it out, but honestly, it’s pretty cool. 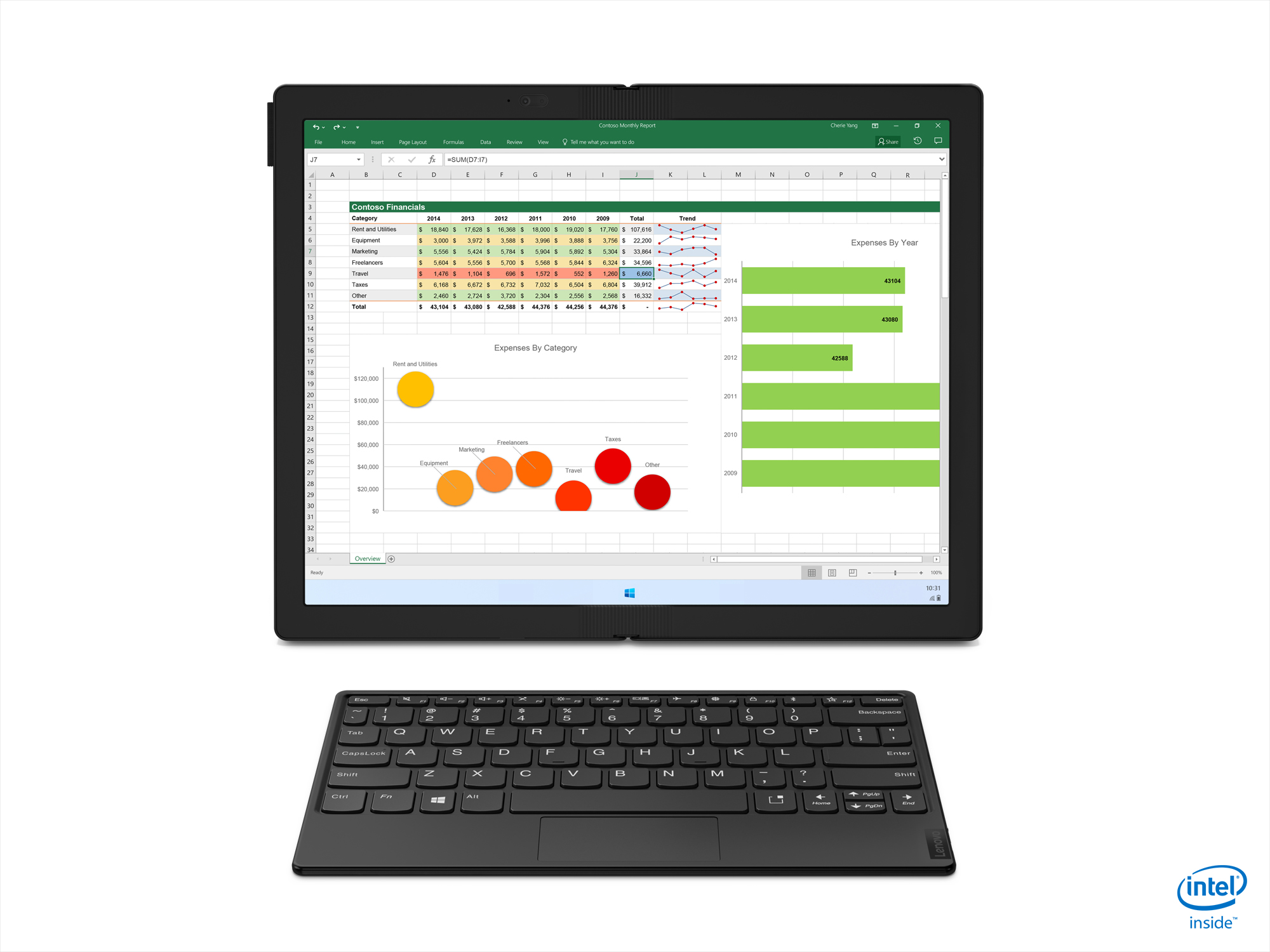 The screen is pOLED, manufactured by LG. Lenovo says the durability tests have been “extensive,” though if past is prologue, sometimes some real-world testing is required to really put a system through its paces. The folding mechanism is reinforced with a carbon fiber plate.

The Fold is expected to drop at some point in the middle of the year, priced at around $2,499, with Windows 10. There’s a Windows 10X version that will be available down the road, as well.