CES has never been a great show for serious robotics. It’s not a phenomenon I expect to change at any point in the near future, though things do seem to get slightly better each year. Pollen Robotics is an interesting addition to the mix that largely revolves around things like companion and smart home robotics.

Pollen Robotics certainly stands out from that crowd, offering a robotic torso named Reachy. The two arms, chest and a head are an open-source platform designed for prototyping and research purposes. The system just went up for sale this week as either a standalone arm ($9,000) or full half-body ($17,000), but the three-year-old French startup says it already has clients. 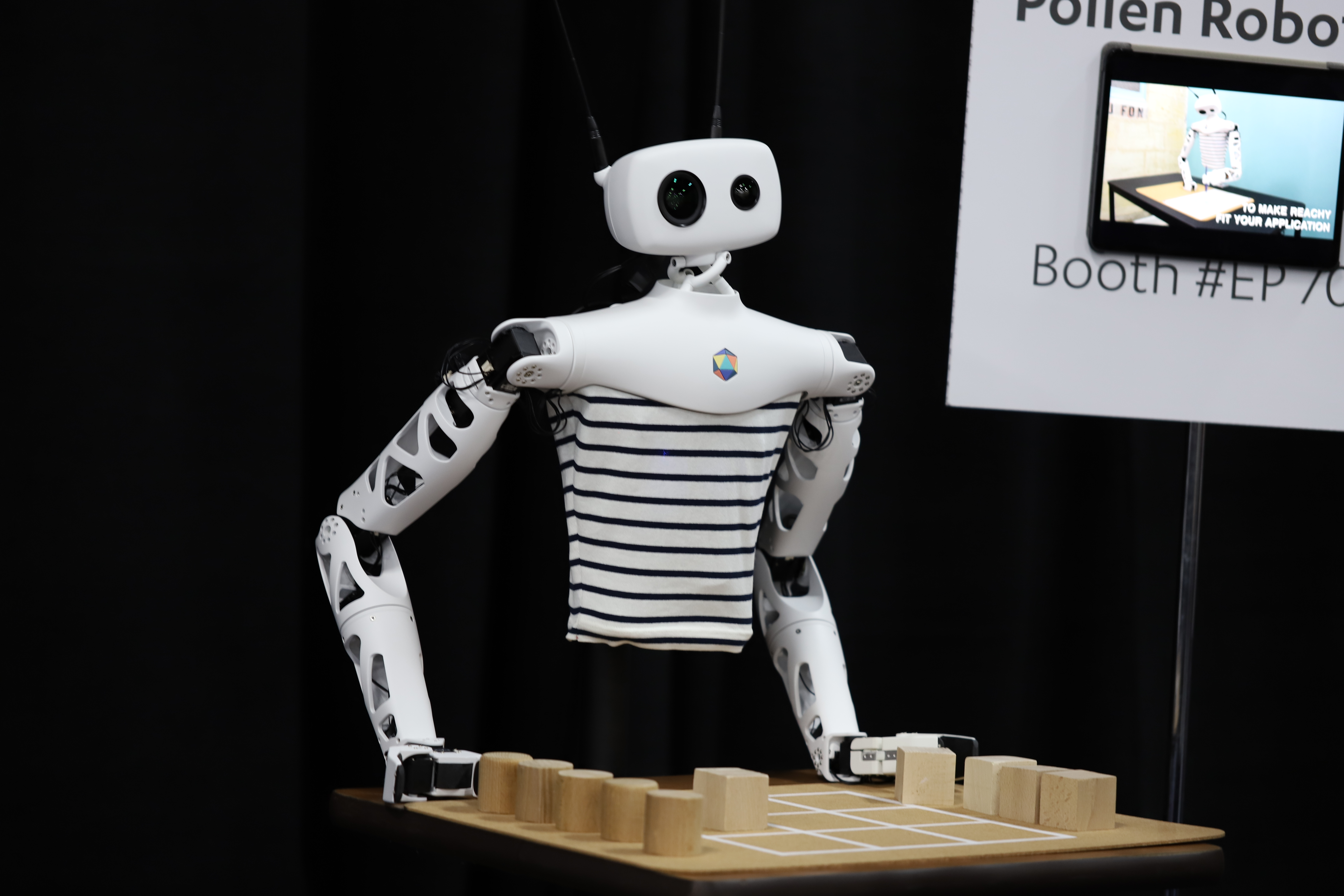 “We are working with a lab in France that works on prosthetics,” a staff member told me at CES. “We’re also working with an engineering school to teach mechanics, robotics and AI. There are big innovation labs that want to explore robotics for service and start prototyping service robotics.”

It’s a broad range of potential applications, starting with the simple tic-tac-toe game Reachy was playing at the show. That was designed for a company with presentation needs. In this case, the robot fills a similar need as Pepper, essentially using the technology to draw people in to something like a convention booth. It certainly worked in this case.

Research robots, meanwhile, are a needed, but difficult to monetize, category. Prominent companies like Willow Garage and Rethink Robotics have classroom mainstays, but have ultimately faded away. Reachy doesn’t look to have quite the sophistication as those systems, but the (relatively) low price point could certainly hold some appeal.

The project’s open-source nature, too, could ultimately be a benefit for researchers and startups alike.