Just over two years ago, PerceptIn announced an $8 million Series A. The funding followed a $2 million seed round, and found the startup essentially coming out of stealth to showcase the sensors it was building for a wide range of form factors, from cars to robot vacuums.

The company’s been quite busy in the meantime. In fact, it even went so far as changing its name. PerceptIn is now “Trifo” — a punchier name, if not quite as memorable. The company’s currently on its third robotic vacuum, announced today and set to be officially unveiled at CES in a few days.

Along with the arrival of “Lucy” comes some more big funding from the Samsung Ventures-supported startup. Trifo has just raised a $15 million Series B, bringing its total funding up to $26 million. The round includes backing from Yidu Cloud, Tsinghua AI Fund and Matrix Partners, with a focus on producing more hardware and software solutions in the home robotics space, additional hiring and pushing into the U.S. and European markets. 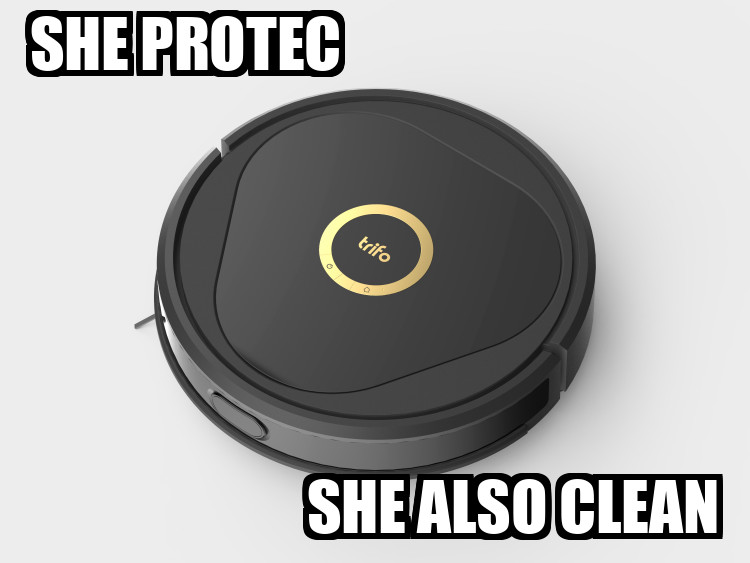 For now, robot vacuums appear to be the company’s primary public-facing output. It’s a tough market — one that’s traditionally been dominated by one player (iRobot). Still, there’s no shortage of alternatives from players big and small looking to crack it.

As for what sets Lucy apart, there are a pair of cameras on board — that could either be a plus or minus, depending on where you land on matters of privacy. The pair combine 1080p color images with depth sensing to provide home surveillance and mapping in light and dark settings. The robot can also be designed to “patrol” the home in predefined routes.

Lucy also features built-in obstacle avoidance for objects as short as one inch, room-by-room cleaning and and a 5,200 mAh battery for up to two hours of cleaning on a charge. Pricing is $799, putting it in line with iRobot’s offerings. It’s set to arrive at some point in Q1.