The first deliveries of Tesla Model 3 sedans made in China will begin January 7, one year after the U.S. automaker began construction on its first factory outside the United States.

The deliveries to customers — which Reuters was first to report based on confirmation from a Tesla representative — is a milestone for Tesla as it tries to carve out market share in the world’s biggest auto market, as well as lessen the financial pain caused by tariffs. Deliveries to customers will occur at the Shanghai factory. Earlier this week, more than a dozen Tesla employees took delivery of the Model 3.

“We believe China could become the biggest market for Model 3,” the company said in its third-quarter earnings report.

Producing vehicles in China for Chinese customers allows Tesla to bypass tariffs, but it’s no guarantee that this will be the revenue-generating boon the company needs to push itself into sustained profitability. EV sales have been sluggish for other automakers in China over the past several quarters as the government has rolled back subsidies on new-energy vehicles.

The company and its CEO Elon Musk are jumping into the market with gusto, despite gloomy EV sales. Tesla has said the production line at the factory in China will have a capacity of 150,000 units annually and will be a simplified, more cost-effective version of the Model 3 line at its Fremont, Calif. factory. 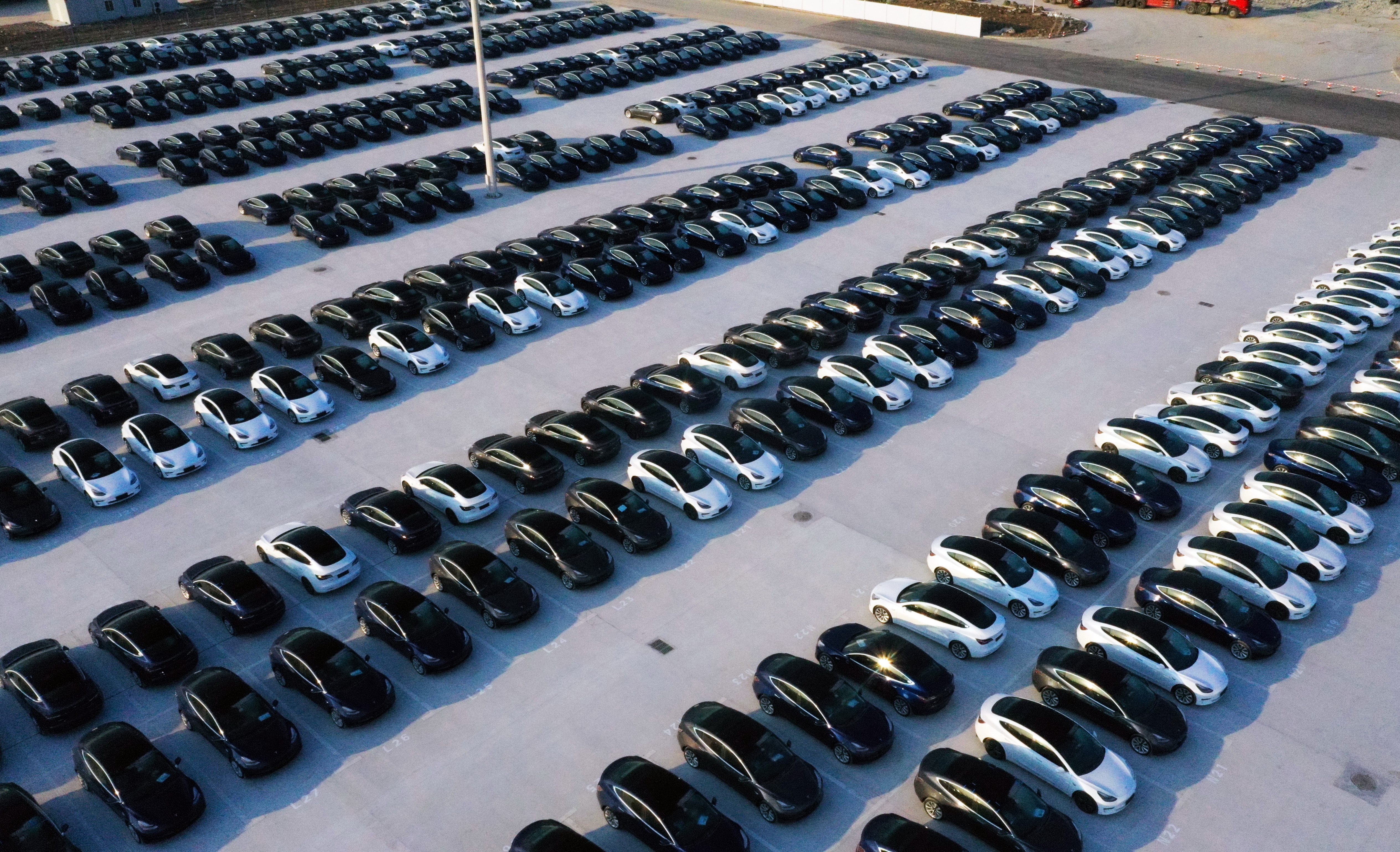 Aerial photo of Tesla factory in New Lingang District, Shanghai. The number of Model 3 cars in the parking lot is about 500.

Tesla also said this second-generation Model 3 line will be at least 50% cheaper per unit of capacity than its Model 3-related lines in Fremont and at its Gigafactory in Sparks, Nev.

Tesla struck a deal with the Chinese government in July 2018 to build a factory in Shanghai. It was a milestone for Tesla and CEO Elon Musk, who has long viewed China as a crucial market. And it was particularly notable because China agreed for this to be a wholly owned Tesla factory, not a traditional joint venture with the government. Foreign companies have historically had to form a 50-50 joint venture with a local partner to build a factory in China.

Chinese President Xi Jinping has pushed forward plans to phase out joint-venture rules for foreign automakers by 2022. Tesla was one of the first beneficiaries of this rule change.

The opening of the China factory comes at a time of rising trade tensions between China and the United States. Tesla has been particularly exposed to relations between China and the U.S., and the resulting rising tariffs. Tesla builds its electric sedans and SUVs at its factory in Fremont, Calif. and ships them to China, which subjects the vehicles to an import tariff.