It’s the slowest week of the year for gadget news. Christmas is in the rearview, and it’s a few days until the new year. After that, it’s a straight shot to CES and then MWC. Meantime, best we’ve got going for us are a handful of rumors, including a peek at what Google’s next budget handset might could potentially possibly conceivably look like.

Per renders from OnLeaks and 91Mobiles, a vision of the Pixel 4a has appeared — or, a render, rather. The handset will no doubt be an important one for Google. After all, the 3a (pictured at top) helped the company recover from some lackluster sales last year. A couple of pieces jump out at first glance. The display appears to finally buck the company’s longtime notch dependency, in favor of a hole punch camera on the front. 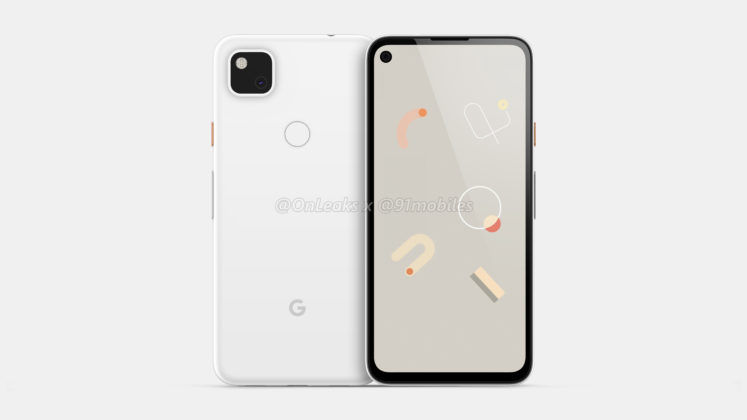 Perhaps even more compelling, the device seems to hold the torch for the headphone jack. In 2020, that could well be a standout feature even among mid-range handsets. As the company eloquently put it around the time of the 3a’s release, “a lot of people have headphones.”

And here comes my last late #Christmas gift in form of your very first and early look at the #Google #Pixel4a!
360° video + gorgeous 5K renders + dimensions, on behalf of my Friends over @91mobiles -> https://t.co/rsvRkjVOln pic.twitter.com/sqG6J5knSR

Other notable features on the forthcoming device includes the addition of the squircle phone bump on the rear, a design element borrowed from the Pixel 4. Likely the handset will stick to a single camera, instead of adopting the flagship’s truly excellent dual-camera setup. Even so, Google’s been able to accomplish some solid imaging technology with just the one sensor, courtesy of clever ML software.

The display, too, will be slightly larger than its predecessor, bumping up one or two tenths of an inch. The handset is reportedly dropping around May, probably just in time for I/O 2020.