3D printing has proven itself useful in so many industries that it’s no longer necessary to show off, but some people just can’t help themselves. Case in point: this millimeter-tall rendition of Michelangelo’s famous “David” printed with copper using a newly developed technique.

The aptly named “Tiny David” was created by Exaddon, a spin-off company from another spin-off company, Cytosurge, spun off from Swiss research university ETH Zurich. It’s only a fraction of a millimeter wide and weighs two micrograms.

It was created using Exaddon’s “CERES” 3D printer, which lays down a stream of ionized liquid copper at a rate of as little as femtoliters per second, forming a rigid structure with features as small as a micrometer across. The Tiny David took about 12 hours to print, though something a little simpler in structure could probably be done much quicker.

As it is, the level of detail is pretty amazing. Although, obviously, you can’t recreate every nuance of Michelangelo’s masterpiece, even small textures like the hair and muscle tone are reproduced quite well. No finishing buff or support struts required.

Of course, we can create much smaller structures at the nanometer level with advanced lithography techniques, but that’s a complex, sensitive process that must be engineered carefully by experts. This printer can take an arbitrary 3D model and spit it out in a few hours, and at room temperature. 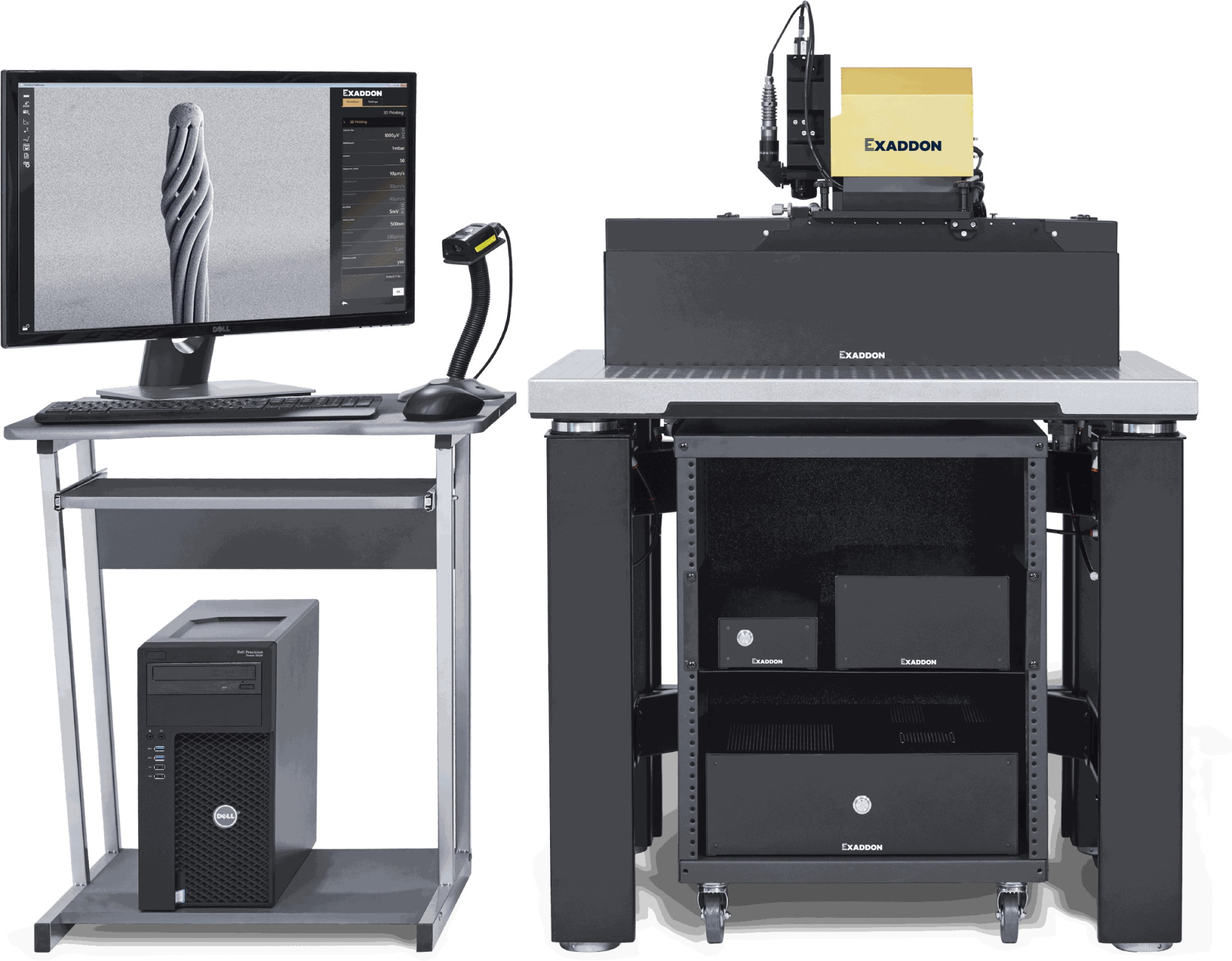 But the researchers do point out that there is some work involved.

“It is more than just a copy and downsized model of Michelangelo’s David,” said Exaddon’s Giorgio Ercolano in a company blog post. “Our deep understanding of the printing process has led to a new way of processing the 3D computer model of the statue and then converting it into machine code. This object has been sliced from an open-source CAD file and afterwards was sent directly to the printer. This slicing method enables an entirely new way to print designs with the CERES additive micromanufacturing system.”

Much smaller than that doesn’t work, though — Micro-David starts looking like he’s made of Play-Doh snakes. That’s fine, they’ll get there eventually.

The team published the details of their newly refined technique (it was pioneered a few years ago but is much better now) in the journal Micromachines.