There’s an emerging body of research suggesting that electrical stimulation applied to the brain can help improve memory and cognitive function.

A recent study conducted by researchers from Boston University this year found that 70-year-old participants in a clinical trial performed certain memory tasks as well as 20-year-olds after exposure to mild electrical neurostimulation. The results were published in April in the scientific journal Nature Neuroscience, and reported by Science Daily.

Now Humm, a graduate of the Berkeley SkyDeck accelerator program, has raised $2.6 million to commercialize its own product, which draws from years of research into the effects of electrical stimulation on the brain.

The company actually conducted its own study with the University of California at Berkeley. Published earlier this year, the report said that of the 40 participants in the study who were given Humm’s wearable patches, all saw their performance on certain specific memory tests improve roughly 20% above the placebo or control group. It was an improvement approximately 120 times greater than the natural learning effect of the control group in the study, the company said.

Simply put, the electrical stimulation boosts brainwaves and enhances what neuroscientists call working memory, which determines the amount of information a person can retain at one time. The patch sends out a small electric pulse that triggers neurons to resonate together at a similar frequency. By prompting more neurons to fire in concert, it primes more of the brain to process information. 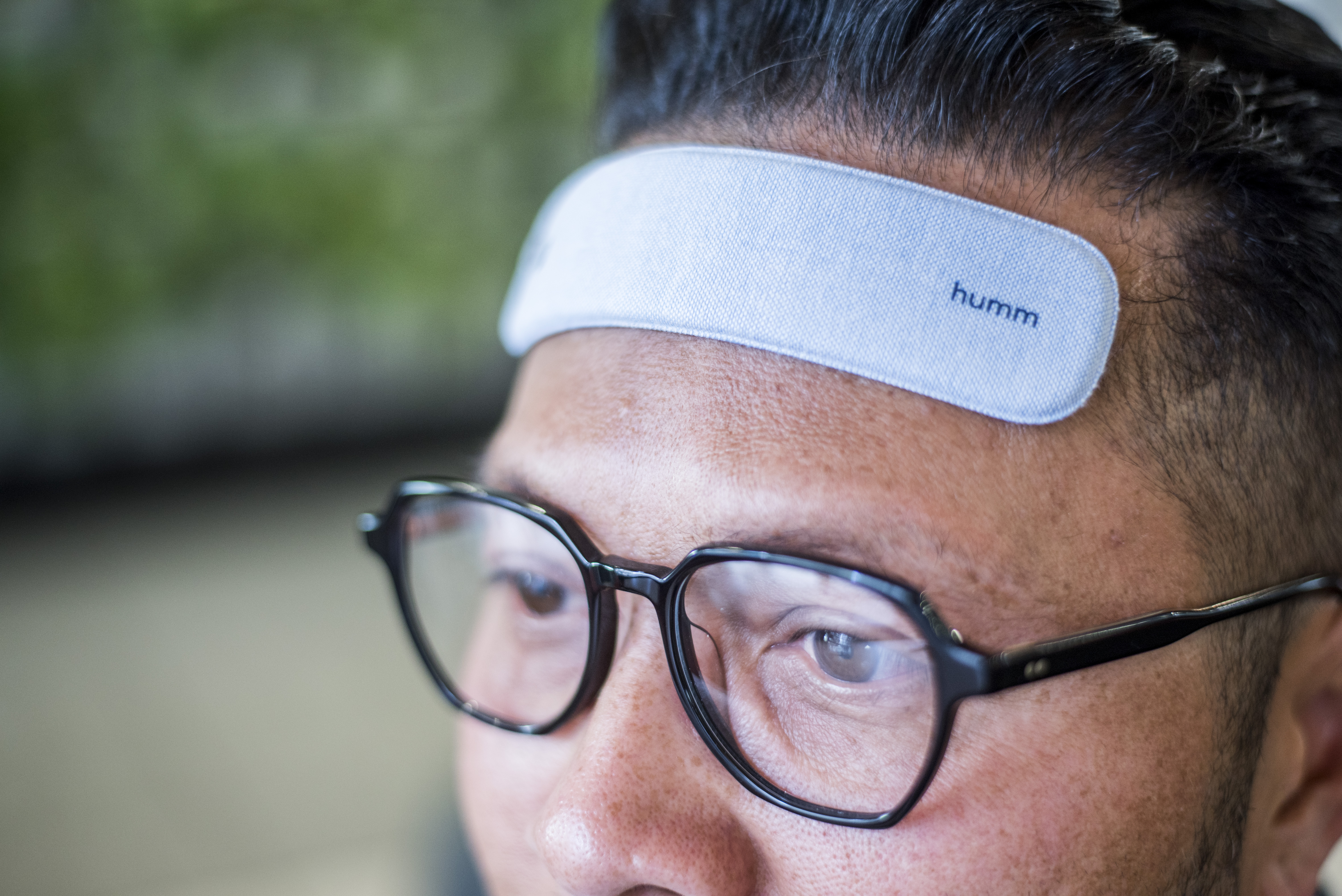 Humm is one of several startups that are developing neuro-stimulation wearables for all kinds of applications. Halo Neuroscience has a wearable for improving athletic performance; Kernel and Flow Neuroscience are examining the technology’s ability to treat depression; BrainCo is another company looking to improve learning through neurostimulation; while Neuros Medical is using the technology to treat chronic pain.

According to the company, this seed financing will be used to scale production of the company’s first product, which was launched in August.

“As software and biology continue to be on a collision course, new technology paradigms will emerge that will unleash creativity and empower scientists, clinicians and engineers to read, edit and write biology — including key human functions,” said Ciarán O’Leary, general partner at Blueyard Capital, which led the most recent investment into the company. “Humm’s technology improves the performance of the human mind and has the potential to expand healthspan for millions of people.”

The initial market for the company’s products are middle-aged, middle-class consumers looking to learn a new skill or language, according to the company’s chief executive and co-founder, Iain McIntyre.

“Using the patch is as easy as sticking on a band-aid — nothing bulky or awkward. In a 15-minute session, our clinical trial shows a 20% improvement in working memory capacity [against placebo] within the first three minutes of wearing a patch, that then lasts for more than an hour afterwards,” McIntyre said. “In our testing with hundreds of early access users this year we’ve seen people doing exciting things with that boost, like accelerating the speed they can learn a language or remembering more of what they read.”

At $5 per-patch, the company’s pitch is that it costs about as much as a fancy cup of coffee, and has better results for stimulating productivity.

Users just slap a Humm strip onto their forehead and leave it on for about 30 minutes. McIntyre recommends using the patch no more than twice a day.

Early access for the device is currently closed (after the Air Force reportedly put in an order for 10,000 of the devices to trial them), but the company is setting up a waitlist for folks looking to try it out. The company expects its device to be commercially available by the third quarter of next year.