India maintained a shutdown of the internet in the states of Assam and Meghalaya on Friday, now into 36 hours, to control protests over a controversial and far-reaching new citizen rule.

The shutdown of the internet in Assam and Meghalaya, home to more than 32 million people, is the latest example of a worrying worldwide trend employed by various governments: preventing people from communicating on the web and accessing information.

And India, the world’s second largest internet market with more than 650 million connected users, continues to exercise this measure more than any other nation.

On Thursday, India’s president Ram Nath Kovind approved the Citizenship Amendment Bill, a day after the country’s Parliament passed it. The law offers a path to Indian citizenship for non-Muslim minorities from three neighboring countries (Afghanistan, Pakistan and Bangladesh) — not for the country’s own Muslim minority.

Shortly after the bill was passed, protests broke out in the streets in the northeastern states of Assam and Meghalaya, where residents have long been concerned about immigration from the aforementioned nations. In Meghalaya, texting services have been suspended, too. 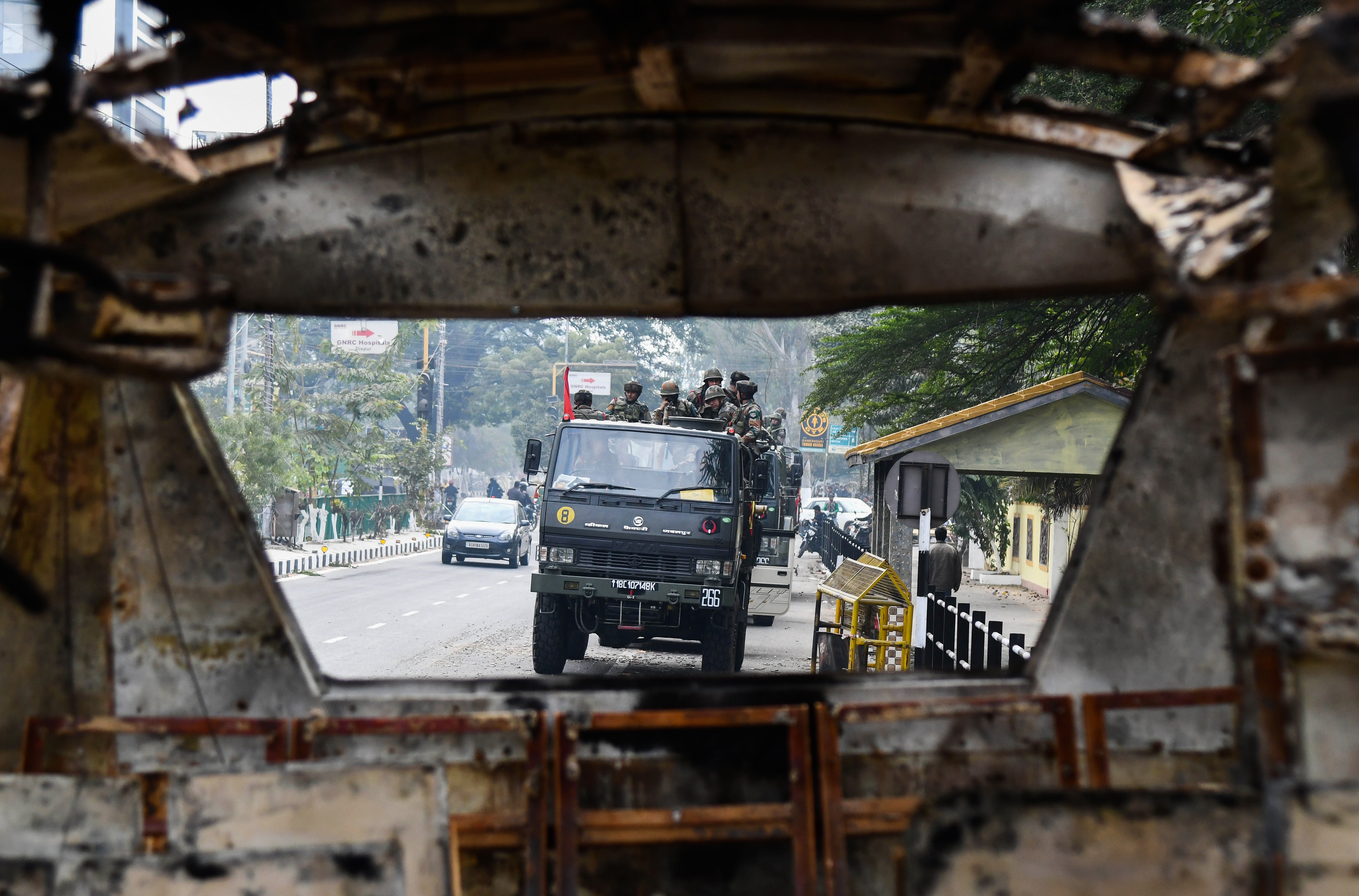 Soldiers are seen through the wreckage of a vehicle which was set on fire by demonstrators during a protest against the government’s Citizenship Amendment Bill (CAB) in Guwahati on December 13, 2019. (Photo by BIJU BORO/AFP via Getty Images)

To contain the situation, the Indian government sent in troops and shut down the internet — a measure that the United Nations has condemned in the past, calling it a violation of human rights.

Officials in the state of Assam said, “Social media platforms like Facebook, WhatsApp, Twitter, and YouTube are likely to be used for spreading of rumors and also for transmission of information like pictures, videos and text that have the potential to inflame passions and thus exacerbate the law and order situation.”

There is currently no official word on when the internet services would be resumed at these two places. 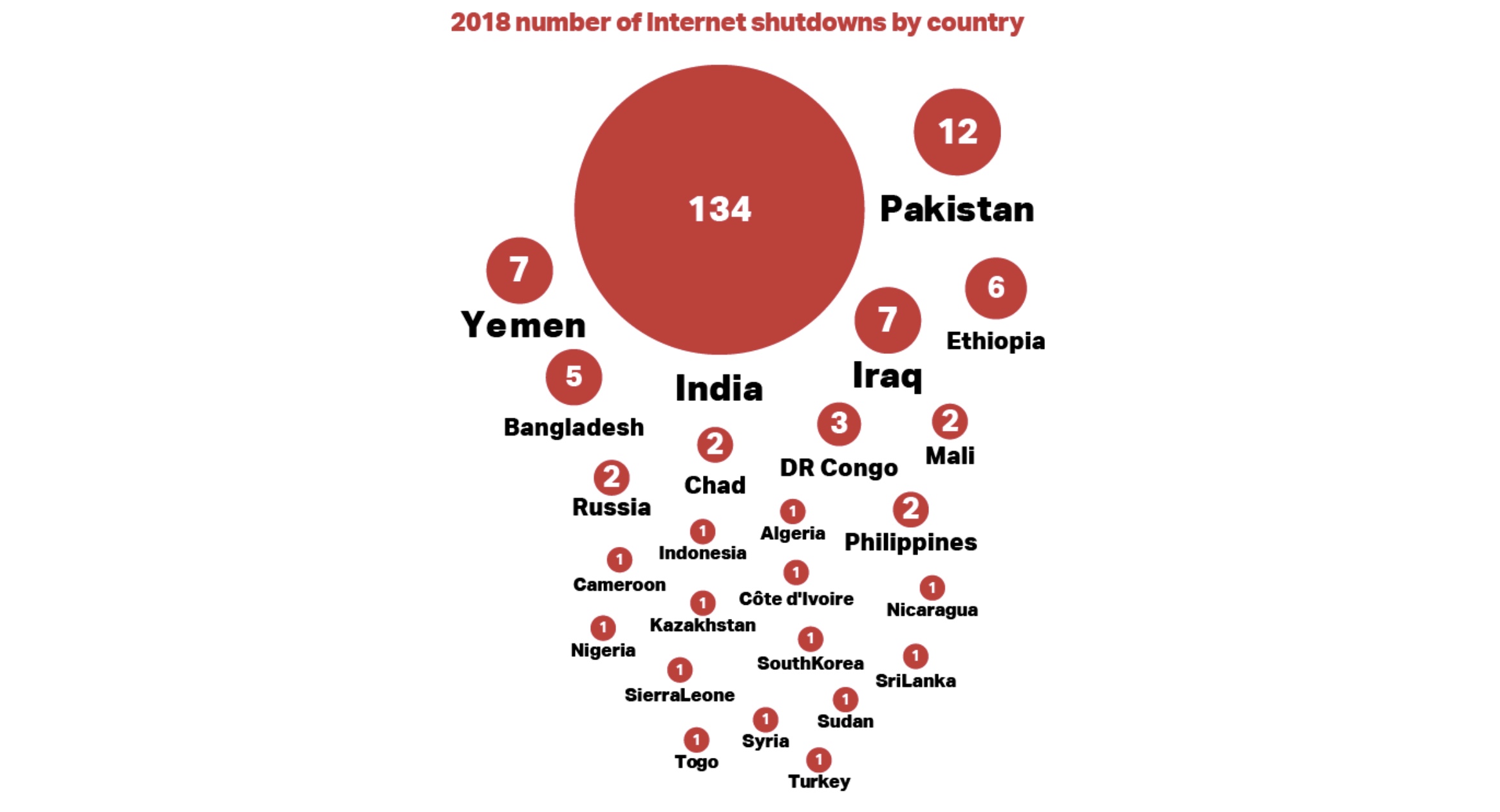 Access Now, a digital rights group, reported earlier this year that India alone had about 134 of 196 documented shutdowns in 2018. According to Internet Shutdowns, a service operated by New Delhi-based digital advocacy group Software Law and Freedom Centre, there have been about 91 documented cases of internet shutdowns in India this year.

In Jammu and Kashmir, the Indian government shut down the internet for 133 days after stripping the majority Muslim territory of its autonomy in August. The service has only been partially restored.