The writing is on the wall for Facebook — the platform is losing market share, fast, among young users.

There are many theories behind Facebook’s fall from grace among millennials and Gen Zers — an influx of older users that change the dynamics of the platform, competition from more mobile and visual-friendly platforms like Instagram and Snapchat, and the company’s privacy scandals are just a few. 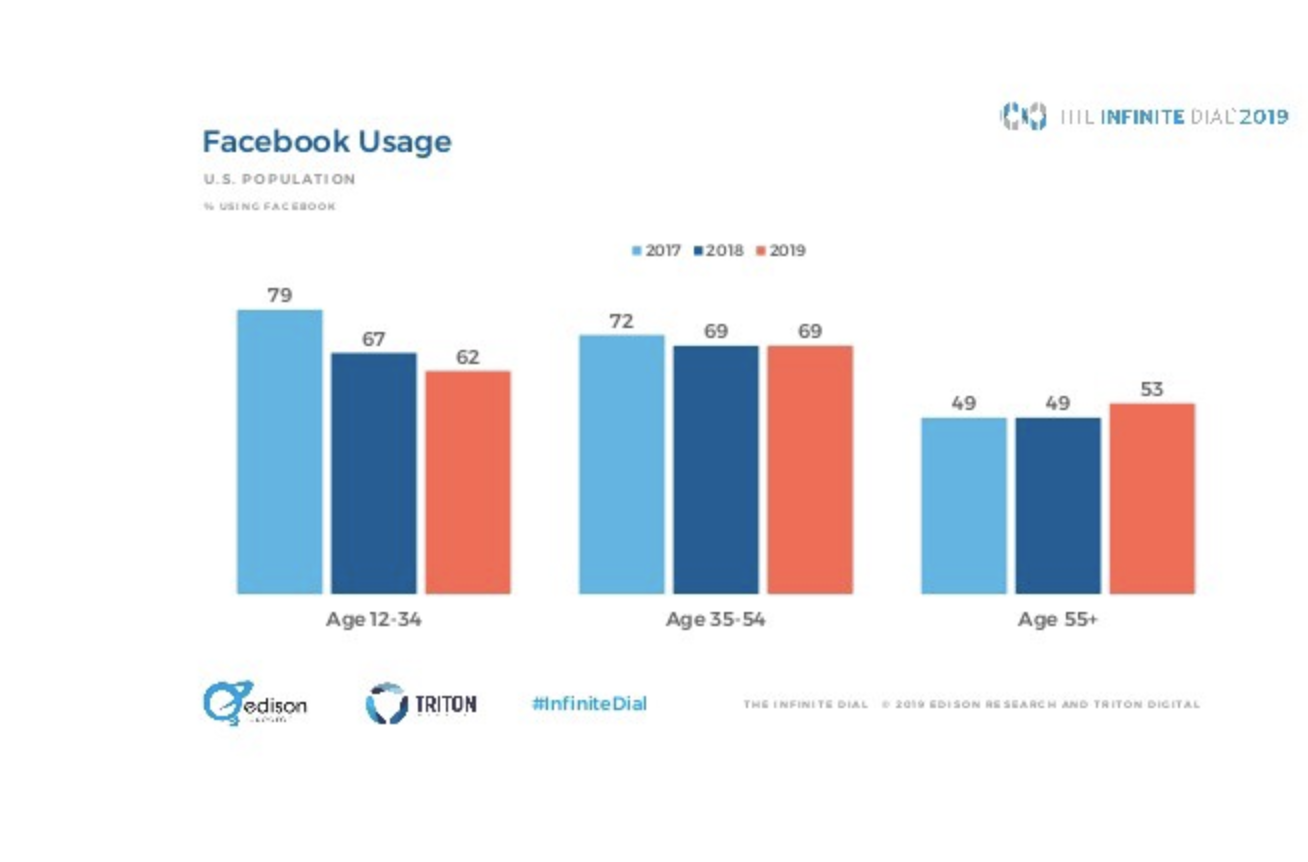 We surveyed 115 of our Accelerated campus ambassadors to learn more about how they’re using Facebook today. It’s worth noting that this group skews older Gen Z (ages 18–24); we suspect you’d get different results if you surveyed younger teens.

Overall penetration is still high, as 99% of our respondents have Facebook accounts. And most aren’t abandoning the platform entirely — 59% are on Facebook every day, and another 32% are on weekly. Daily Facebook usage is much lower than Instagram, however, which 82% of our respondents use daily and 7% use weekly.

Data from our scouts also confirms that the shift in usage in the last few years is particularly dramatic among younger users. 66% report using Facebook less frequently over the past two years, compared to 11% who use it more frequently (23% say their usage hasn’t changed). 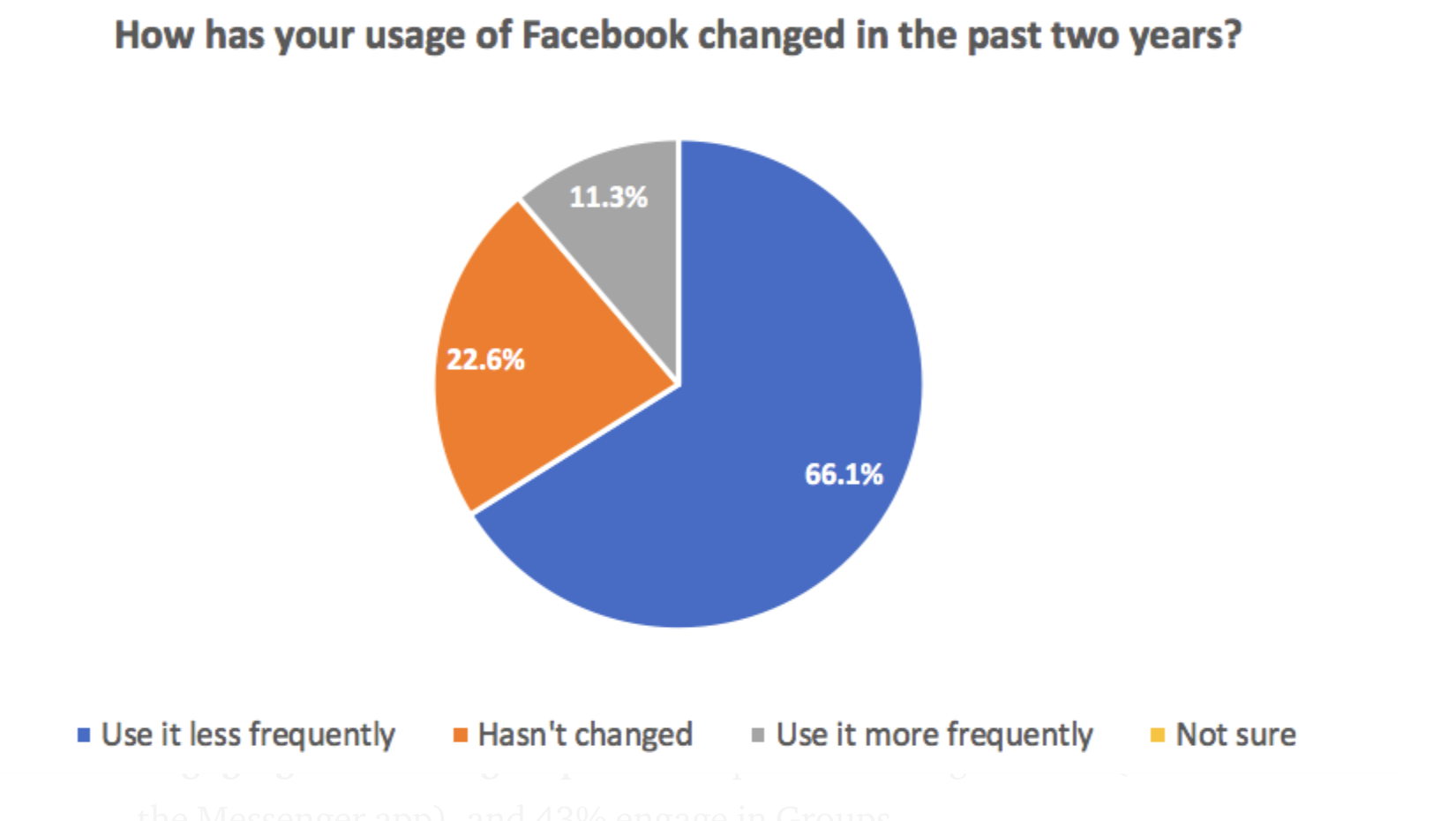