If city governments had a block-by-block understanding of their city’s own ever changing air quality, how might it impact the decisions they make?

Thats the concept behind Hawa Dawa, the first company pitching today in the TechCrunch Disrupt Berlin Startup Battlefield. Hawa Dawa combines data sources like satellites and dedicated air monitoring stations to build a granular heat map of air pollutants, selling this map to cities and companies as a subscription API.

While the company notes it’s hardware agnostic, it does build its own IoT sensors for companies and cities that might not have existing air quality sensors in place.

(Curious about the name? Co-founder Karim Tarraf tells me it’s roughly based on the words for “air purity” or “air medicine” in a number of languages, including Swahili, Turkish, and Persian.) 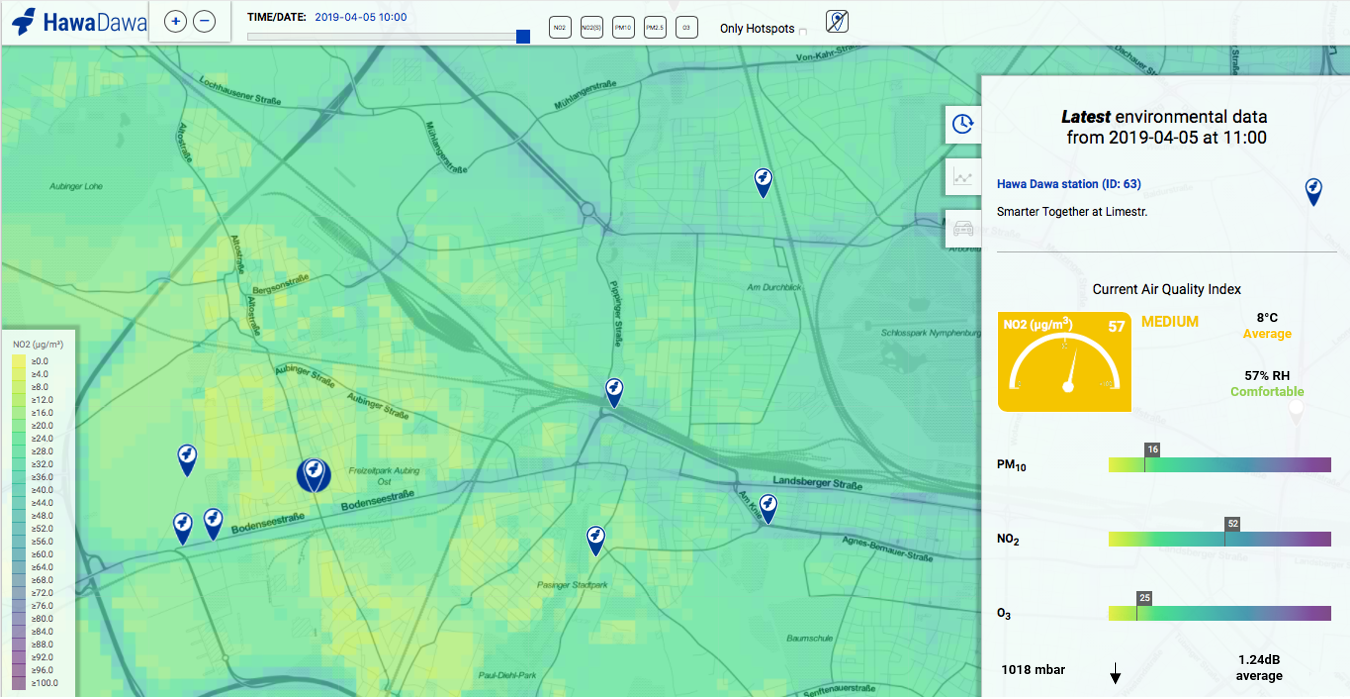 With this data, a city could, for example, opt to change how it routes traffic to minimize vehicle exhausts in particularly polluted streets and monitor how changes are actually impacting the air. A real estate company might help customers with pulmonary issues like asthma find potential homes in neighborhoods that tend to have the cleanest air. Shipping companies could potentially use the data to better plan their sea routes to minimize the impact of emissions.

Hawa Dawa’s data currently covers over 20 cities across Germany, Switzerland, and the UK.

They’ve raised over €1.2m to date, with plans to close another “pre-series A” round shortly.