At its re:Invent conference, AWS CEO Andy Jassy today announced the launch of AQUA (the Advanced Query Accelerator) for Amazon Redshift, the company’s data warehousing service. As Jassy noted in his keynote, it’s hard to scale data warehouses when you want to do analytics over that data. At some point, as your data warehouse or lake grows, the data starts overwhelming your network or available compute, even with today’s highspeed networks and chips. So to handle this, AQUA is essentially a hardware-accelerated cache and promises up to 10x better query performance than competing cloud-based data warehouses.

“Think about how much data you have to move over the network to get to your compute,” Jassy said. And if that’s not a problem for a company today, he added, it will likely become one soon, given how much data most enterprises now generate. 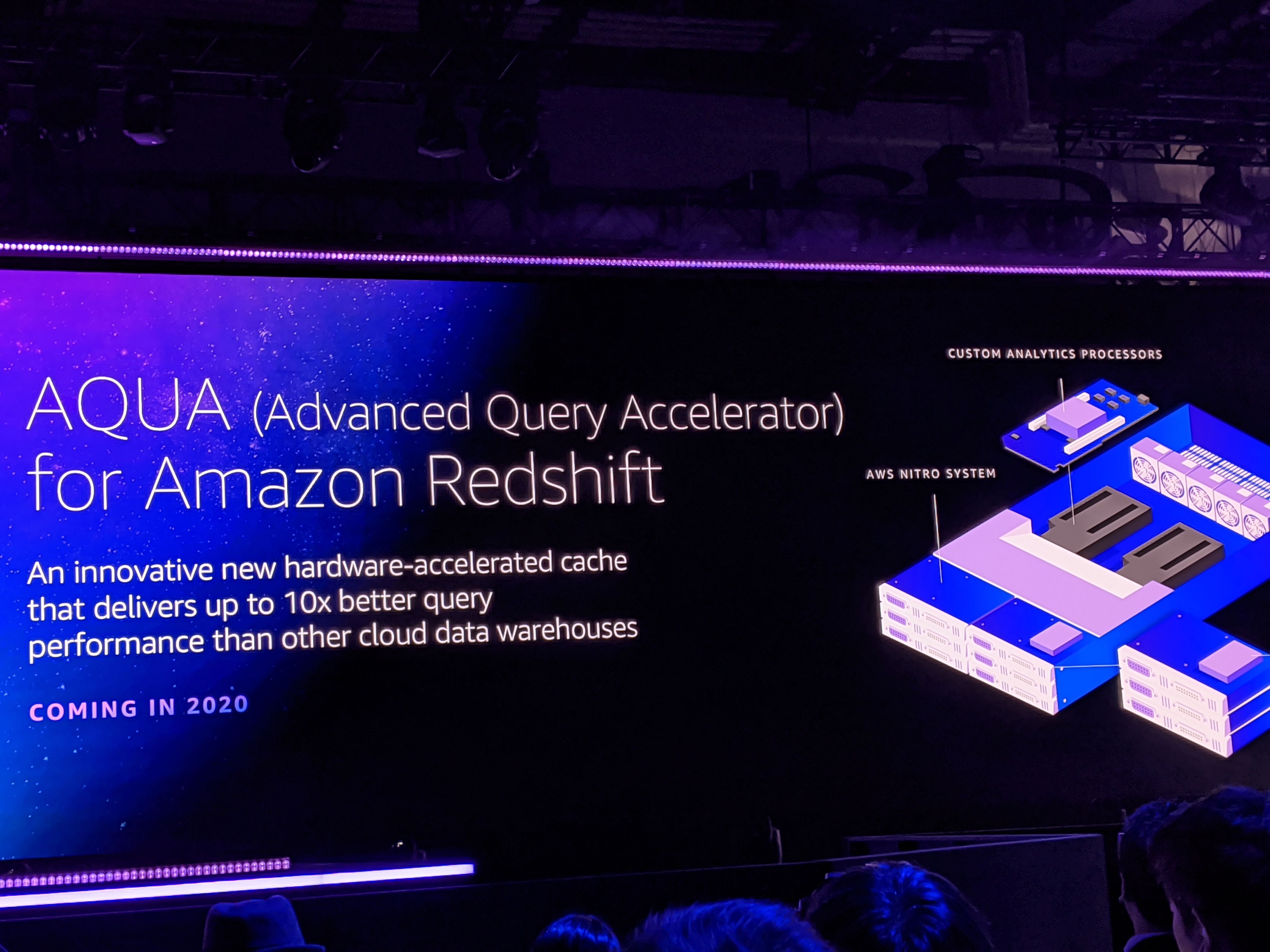 With this, Jassy explained, you’re bringing the compute power you need directly to the storage layer. The cache sits on top of Amazon’s standard S3 service and can hence scale out as needed across as many nodes as needed.

AWS designed its own analytics processors to power this service and accelerate the data compression and encryption on the fly.

Unsurprisingly, the service is also 100% compatible with the current version of Redshift.

In addition, AWS also today announced next-generation compute instances for Redshift, the RA3 instances, with 48 vCPUs and 384GiB of memory and up to 64 TB of storage. You can build clusters of these with up to 128 instances.