AWS, the cloud division of Amazon, just announced the next generation of its ARM processors, the Graviton2. This is a custom chip design with a 7nm architecture. It is based on 64-bit ARM Neoverse cores.

Compared to first-generation Graviton processors (A1), today’s new chips should deliver up to 7x the performance of A1 instances in some cases. Floating point performance is now twice as fast. There are additional memory channels and cache speed memory access should be much faster.

The company is working on three types of Graviton2 EC2 instances that should be available soon. Instances with a “g” suffix are powered by Graviton2 chips. If they have a “d” suffix, it also means that they have NVMe local storage.

You can choose instances with up to 64 vCPUs, 512 GiB of memory and 25 Gbps networking.

And you can see that ARM-powered servers are not just a fad. AWS already promises a 40% better price/performance ratio with ARM-based instances when you compare them with x86-based instances. 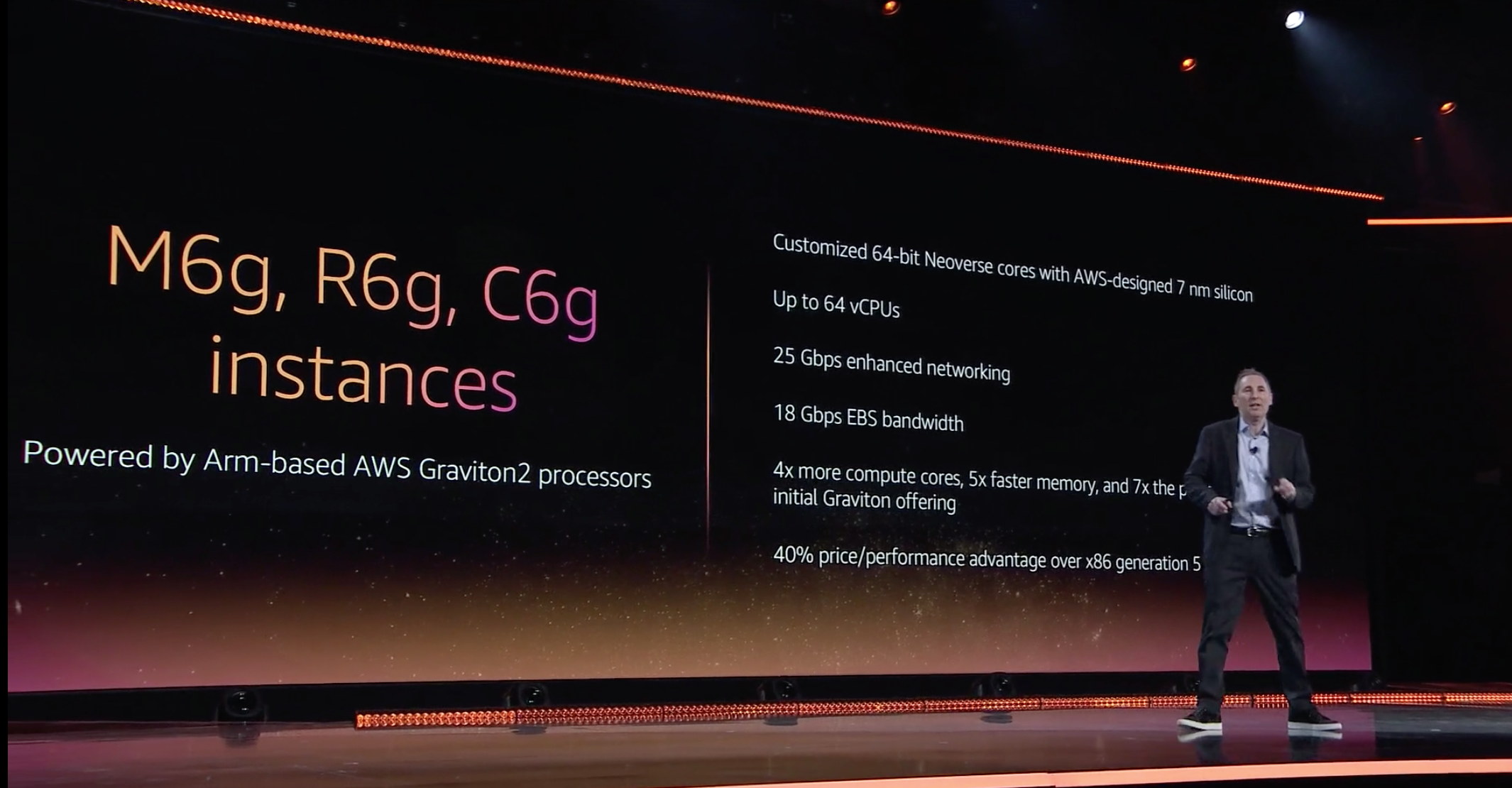