Vivun founder and CEO Matt Darrow says that pre-sales team works more closely with the customer than anyone else, delivering demos and proof of concepts, and generally helping sales get over the finish line. While sales has CRM to store knowledge about the customer, pre-sales has been lacking a tool to track info about their interactions with customers, and that’s what his company built.

“The main problem that we solve is we give technology to those pre-sales leaders to run and operate their teams, but then take those insights from the group that knows more about the technology and the customer than anybody else, and we deliver that across the organization to the product team, sales team and executive staff,” Darrow explained.

Darrow is a Zuora alumni, and his story is similar to that company’s founder Tien Tzuo, who built the first billing system for Salesforce, then founded Zuroa to build a subscription billing system for everyone else. Similarly, Darrow built a pre-sales tool for Zuroa after finding there wasn’t anything else out there that was devoted specifically to tracking that kind of information.

“At Zuora, I had to build everything from scratch. After the IPO, I realized that this is something that every tech company can take advantage of because every technology company will really need this role to be of high value and impact,” he said.

The company not only tracks information via a mobile app and browser tool, it also has a reporting dashboard to help companies understand and share the information the pre-sales team is hearing from the customer. For example, they might know that x number of customers have been asking for a certain feature, and this information can be organized and passed onto other parts of the company. 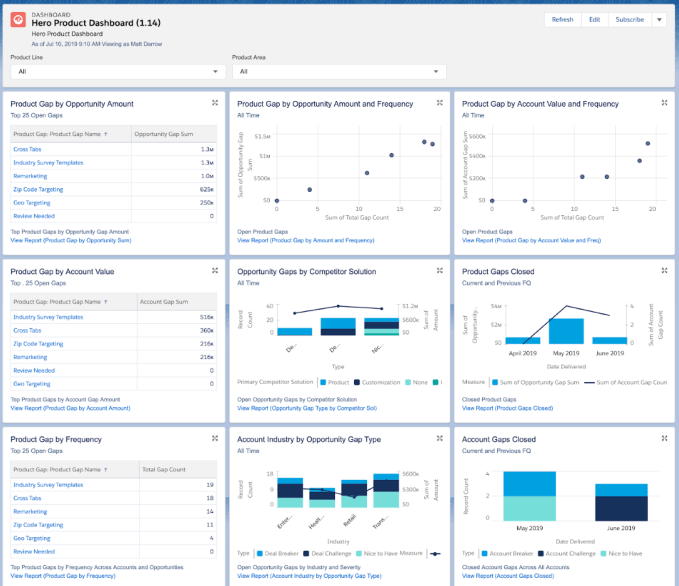 Bansal, who was previously CEO and co-founder at AppDynamics, a company he sold to Cisco for $3.7 billion just before its IPO in 2017, saw a company filling a big hole in the enterprise software ecosystem. He is not just an investor, he’s also a customer.

“To be successful, a technology company needs to understand three things: where it will be in five years, what its customers need right now, and what the market wants that it’s not currently providing. Pre-sales has answers to all three questions and is a strategically important department that needs management, analytics, and tools for accelerating deals. Yet, no one was making software for this critical department until Vivun,” he said in a statement.

The company was founded in 2018 and has been bootstrapped until now. It spent the first year building out the product. Today, the company has 20 customers including SignalFx (acquired by Splunk in August for $1.05 billion) and Harness.