Huawei and Devialet have unveiled a new speaker specifically designed for the Chinese market, the Huawei Sound X. French startup Devialet has been looking at ways to license its technology and patents to consumer electronics manufacturers, such as Sky, Iliad, Altice USA and Renault.

While Devialet only sells very premium speakers under its own brand, such as the $1,000 Phantom Reactor, the Huawei Sound X is much more affordable. You’ll be able to buy a pair of speakers for RMB 1,999, the equivalent of $285. Unfortunately, those speakers will only be available in China for now.

The pill-shaped design is reminiscent of the Apple HomePod or the most recent Amazon Echo. It features a 60W double subwoofer and 360-degree sound. You can either use the pair of speakers in different rooms or pair them to create a stereo sound system.

The Huawei Sound X has six microphones so that you can control it with your voice. You can also control the speaker with capacitive touch buttons at the top of the speaker.

If you have a Huawei phone, you can tap it on the top of the speaker to hand off music to the speaker. It also integrates with Huawei HiLink, the company’s framework to control your connected objects around your home.

Devialet has been slowly expanding to China with a distribution partnership, two Devialet stores in Beijing and Shanghai and retail stores partnerships. According to the company, China is now the second market for Devialet. 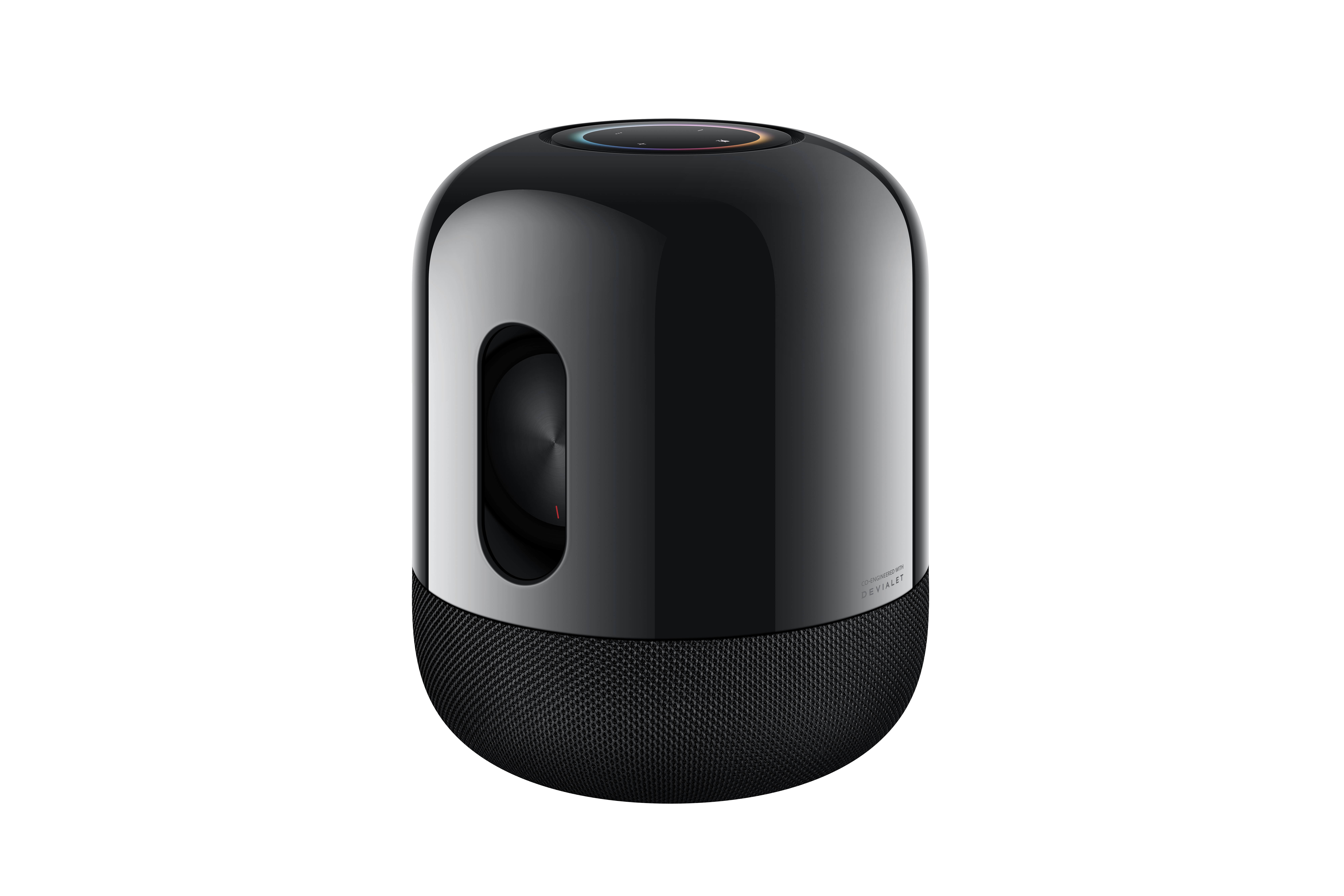