After Elon Musk left the stage Thursday evening, the crowd — still excited and a little stunned from the Tesla Cybertruck reveal — converged to the back doors that led outside, where a gigantic queue quickly formed.

Media got their own area, the VIPs another and, finally, the other invited guests were in the main, and much longer, line. Everyone was waiting for a ride in the Tesla Cybertruck, and TechCrunch was among those who captured the ride.

The ride was short; just a skosh over two minutes overall. But it was long enough to take note of several features. The dash, which looks like sandstone, is actually a kind of compressed paper. A 17-inch screen is mounted in the center. 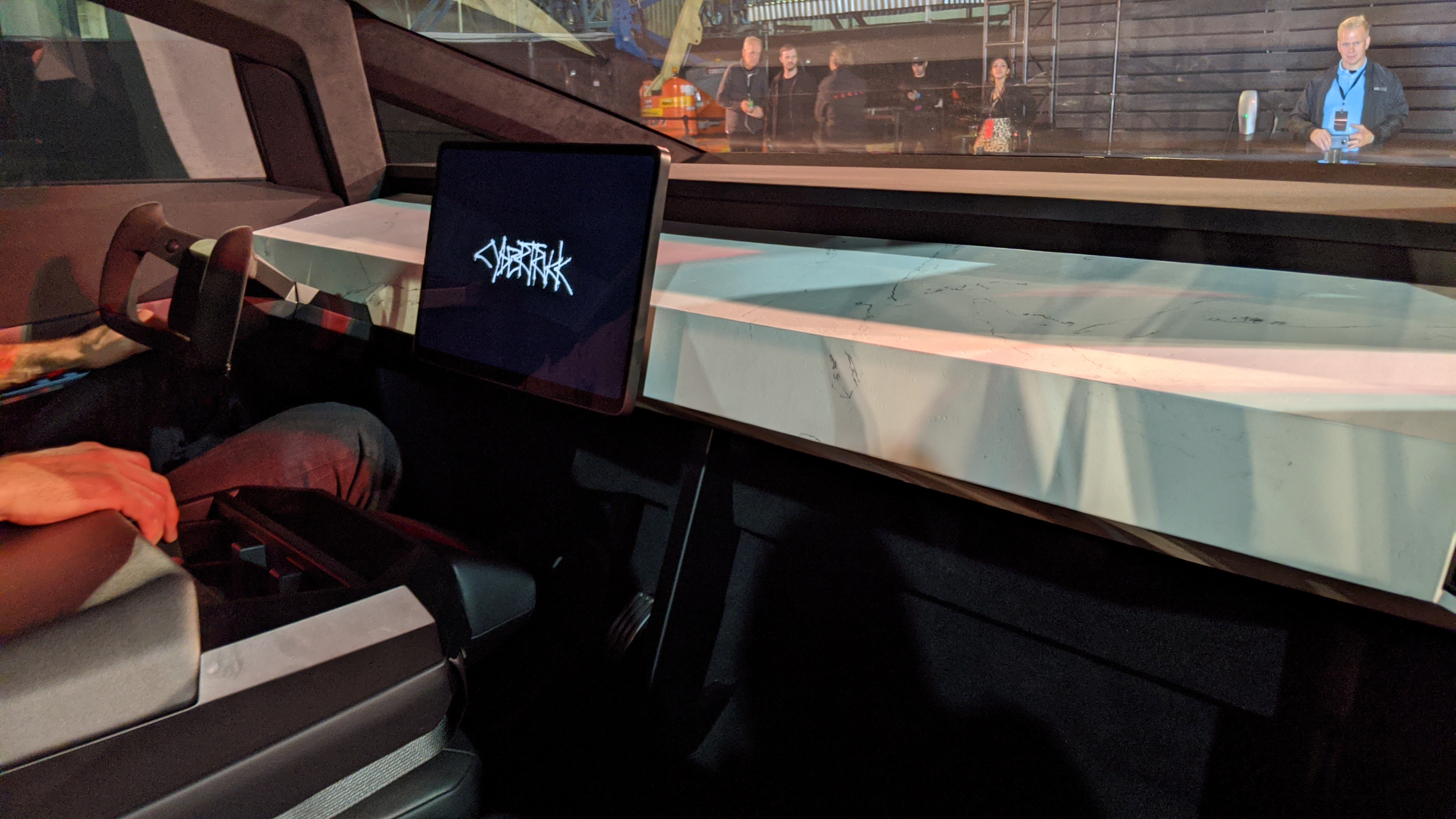 The pickup bed, called the vault, is lit up and visible. But if the lockable storage was closed, the window would no longer be visible. Instead, the rear mirror provides streaming video to allow the driver to see behind the vehicle.

Other interior features, like the seats, seemed more pedestrian. The interior was spacious, with lots of headroom. A long glass roof stretched across the top.

Check out the video for the whole ride, which included a quick moment of acceleration just past 60 miles per hour.