The benefits of machine translation are easy to see and experience for ourselves, but those practical applications are only one part of what makes the technology valuable. Microsoft and the government of New Zealand are demonstrating the potential of translation tech to help preserve and hopefully breathe new life into the Māori language.

Te reo Māori, as it is called in full, is of course the language of New Zealand’s largest indigenous community. But as is common elsewhere as well, the tongue has fallen into obscurity as generations of Māori have assimilated into the dominant culture of their colonizers.

Māori people make up about 15% of the population, and only a quarter of them speak the language, making for a grand total of 3% that speak te reo Māori. The country is hoping to reverse the trend by pushing Māori language education broadly and taking steps to keep it relevant.

Microsoft and New Zealand’s Te Taura Whiri i te Reo Māori, or Māori Language Commission, have been working together for years to make sure that the company’s software is inclusive of this vanishing language. The latest event in that partnership is the inclusion of Māori into Microsoft’s Translator service, meaning it can now be automatically translated into any of the other 60 supported languages, and vice versa. 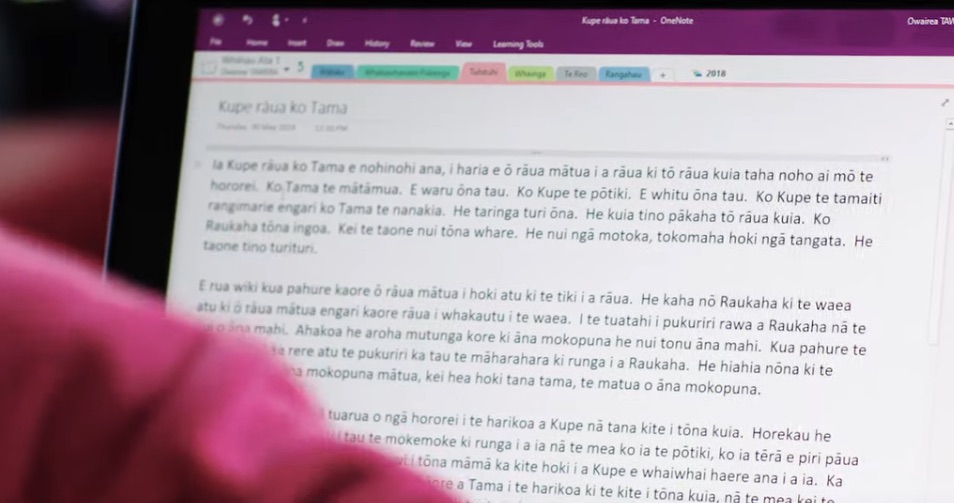 That’s a strong force for inclusion and education, of course, as automatic translation tools are a great way to engage with content, check work, explore previously untranslated documents, and so on.

Creating an accurate translation model is difficult for any language, and the key is generally to have a large corpus of documents to compare. So a necessary part of the development, and certainly something the Commission helped with, was putting together that corpus and doing the necessary quality checks to make sure translations were correct. With few speakers of the language, this would be a more difficult process than, say, creating a French-German translator.

One of the speakers who helped, Te Taka Keegan from the University of Waikato, said (from this Microsoft blog post):

The development of this Māori language tool would not have been possible without many people working towards a common goal over many years. We hope our work doesn’t simply help revitalize and normalize te reo Māori for future generations of New Zealanders, but enables it to be shared, learned and valued around the world. It’s very important for me that the technology we use reflects and reinforces our cultural heritage, and language is the heart of that.

Languages are dying out left and right, and although we can’t prevent that entirely, we can use technology to help make sure that they are both recorded and capable of being used alongside the dwindling number of active languages.

The Māori translation program is part of Microsoft’s AI for Cultural Heritage program.