This holiday season, we’re going to be looking back at some of the best tech of the past year, and providing fresh reviews in a sort of ‘greatest hits’ across a range of categories. First up: iRobot’s top-end home cleaning robots, the Roomba s9+ robot vacuum, and the Braava m6 robot mop and floor sweeper. Both of these represent the current peak of iRobot’s technology, and while that shows up in the price tag, it also shows up in performance. 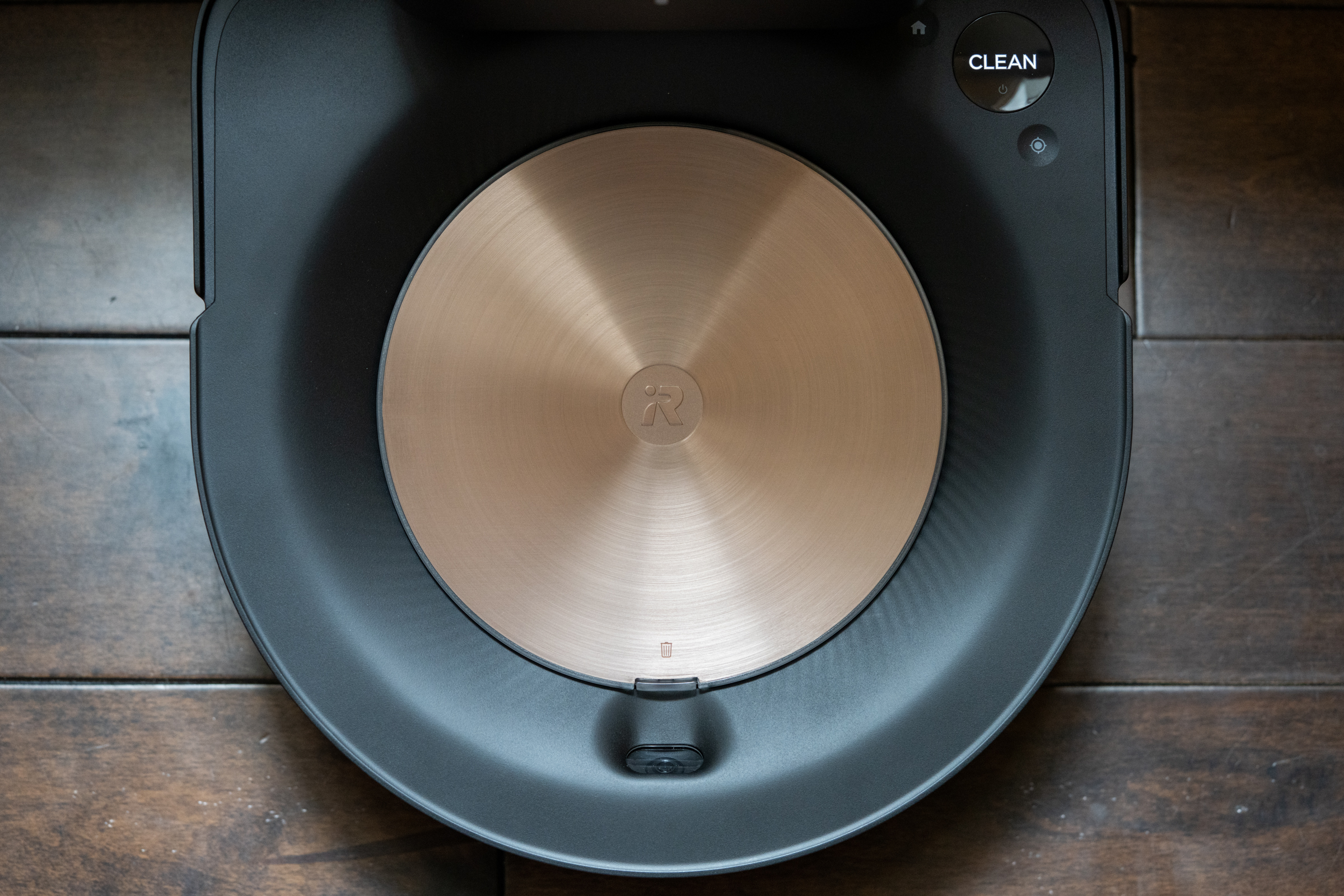 The iRobot Roomba S9+ is actually two things: The Roomba S9, which is available separately, and the Clean Base that enables the vacuum to empty itself after a run, giving you many cleanings before it needs you to actually open up a bin or replace a bag. Both the vacuum and its base are WiFi-connected, and controllable via iRobot’s app, as well as Google Assistant and Alexa. Combined, it’s the most advanced autonomous home vacuum you can get, and it manages to outperform a lot of older or less sophisticated robot vacuums even in situations that have historically been hard for this kind of tech to handle.

Like the Roomba S7 before it (which is still available and still also a great vacuum, for a bit less money), the S9 uses what’s called SLAM (Simultaneous Localization and Mapping), and a specific variant of that called vSLAM (the stands for ‘visual’). This technology means that as it works, it’s generating and adapting a map of your home to ensure that it can clean more effectively and efficiently.

After either a few dedicated training runs (which you can opt to send the vacuum on when it’s learning a new space) or a few more active vacuum runs, the Roomba S9 will remember your home’s layout, and provide a map that you can customize with room dividers and labels. This then turns on the vacuum’s real smart superpowers, which include being able to vacuum just specific rooms on command, as well as features like letting it easily pick up where it left off if it needs to return to its charging station mid-run. With the S9 and its large battery, the vacuum can do an entire run of my large two-bedroom condo on a single charge (the i7 I used previously needed two charges to finish up). 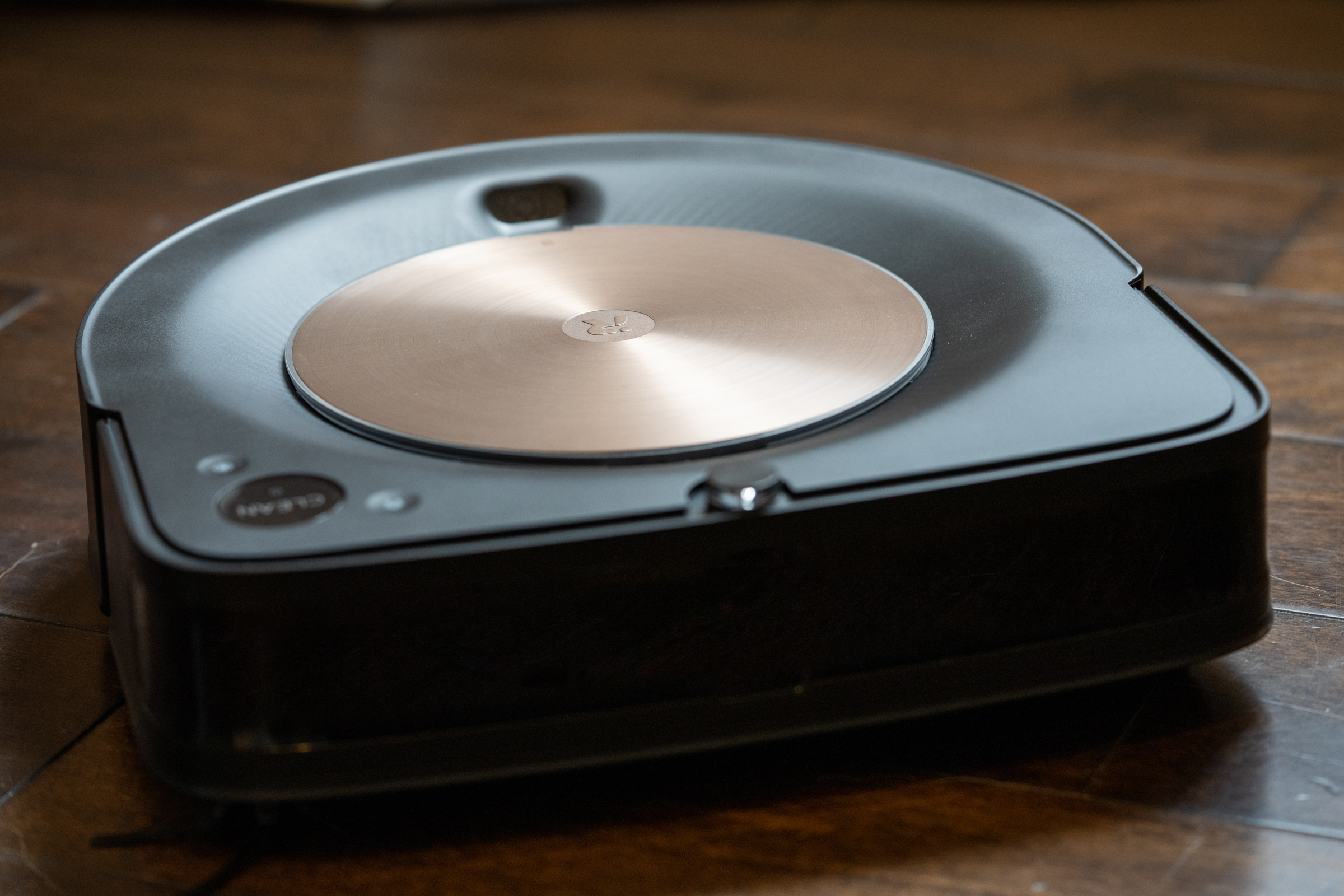 The S9’s vSLAM and navigation systems seem incredibly well-developed in my use: I’ve never once had the vacuum become stuck, or confused by changes in floor colouring, even going from a very light to a very dark floor (this is something that past vacuums have had difficulty with). It infallibly finds its way back to the Clean Base, and also never seems to be flummoxed by even drastic changes in lighting over the course of the day. 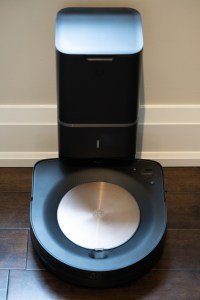 So it’s smart, but does it suck? Yes, it does – in the best possible way. Just like it doesn’t require stops to charge up, it also manages to clean my entire space with just one bin. There’s a lot more room in here thanks to the new design, and it handles even my dog’s hair with ease (my dog sheds a lot, and it’s very obvious light hair against dark wood floors). The new angled design on the front of the vacuum means it does a better job with getting in corners than previous fully round designs, and that shows, because corners are were clumps of hair go to gather in a dog-friendly household.

The ‘+’ in the S9+ is that Clean Base as I mentioned – think of it like the tower of lazy cleanliness. The base has a port that sucks dirt from the S9 when it’s done a run, shooting it into a bag in the top of the tower that can hold up to 30 full bins of dirt. That ends up being a lot in practice – it should last you months, depending on house size. Replacement bags cost $20 for three, which is probably what you’ll go through in a year, so it’s really a negligible cost for the convenience you’re getting. 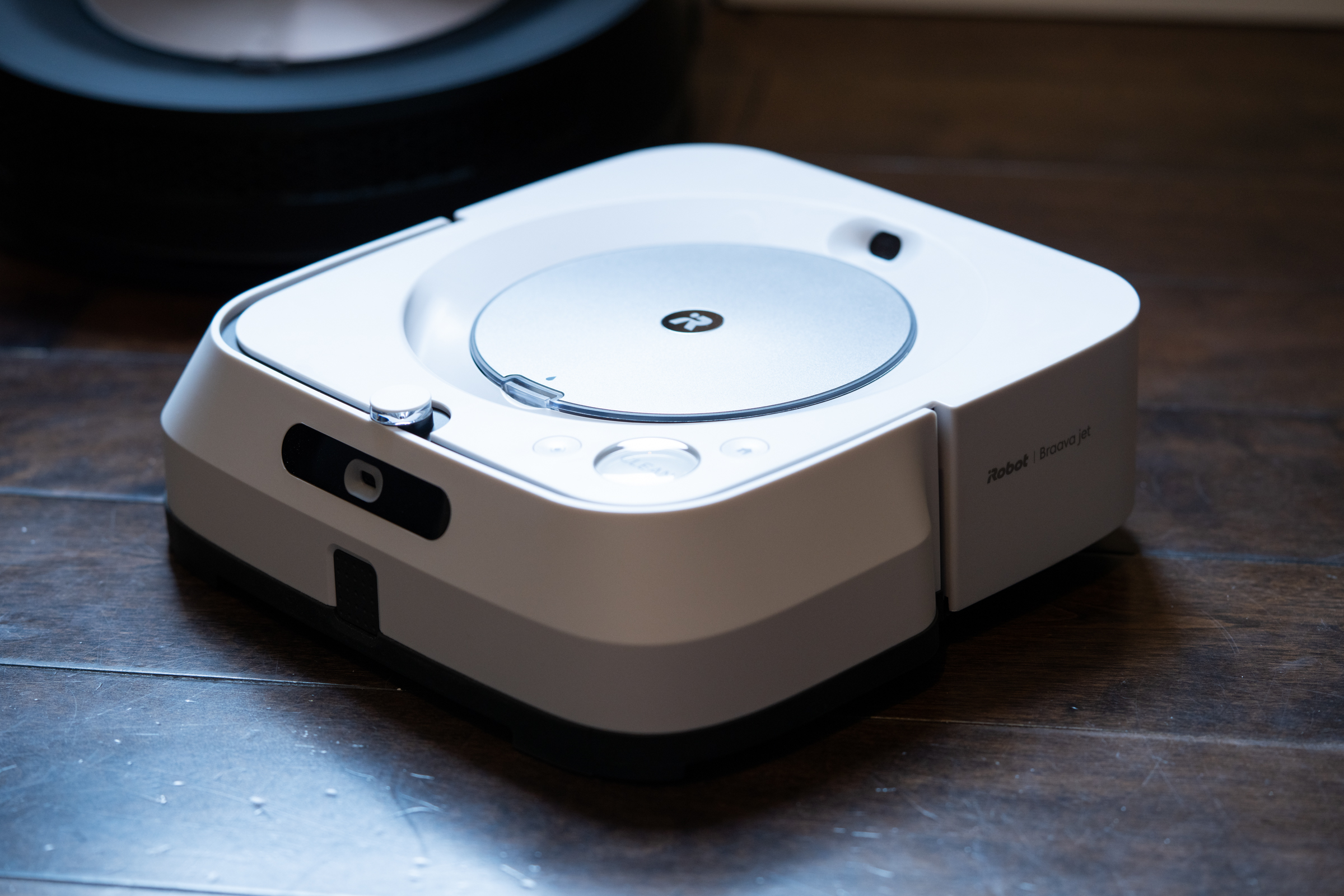 The Roomba S9’s best friend, if you will, is the Braava m6. This is iRobot’s latest and greatest smart mop, which is exactly what it sounds like: Whereas Roomba vacuums, the Braava uses either single use disposable, or microfibre washable/reusable pads, as well as iRobot’s own cleaning fluid, to clean hardwood, tile, vinyl, cork and other hard surface floors once the vacuuming is done. It can also just run a dry sweep, which is useful for picking up dust and pet hair, as a finishing touch on the vacuum’s run.

iRobot has used its unique position in offering both of these types of smart devices to have them work together – if you have both the S9 and the Braava m6 added to your iRobot Home app, you’ll get an option to mop the floors right after the vacuum job is complete. It’s an amazing convenience feature, and one that works fairly well – but there are some differences in the smarts powering the Braava m6 and the Roomba s9 that lead to some occasional challenges. 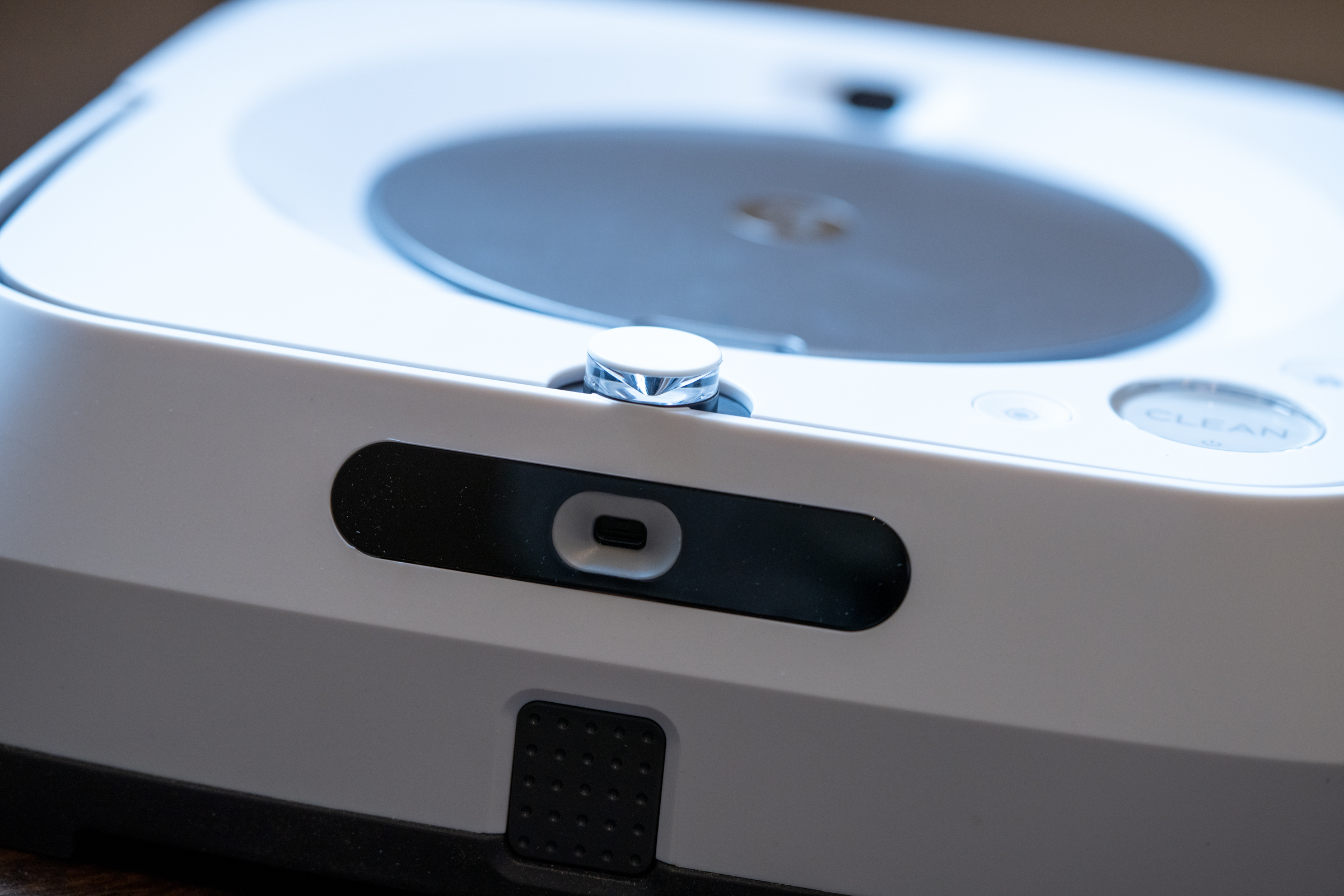 The Braava m6 doesn’t seem to be quite as capable when it comes to mapping and navigating its surroundings. My condo layout is relatively simple, all one level with no drops or gaps. But the m6 has encountered some scenarios where it doesn’t seem to be able to cross a threshold or make sense of all floor types. Based on error messages, it seems like it’s identifying some surfaces as ‘cliffs’ or steep drops when transitioning back from lighter floors to darker ones.

What this means in practice is that a couple of times per run, I have to reposition the Braava manually. There are ways to solve for this, however, built into the software: Thanks to the smart mapping feature, I can just direct the Braava to focus only on the rooms with dark hardwood, or I can just adjust it when I get an alert that it’s having difficulty. It’s still massively more convenient than mopping by hand, and typically the m6 does about 90 percent of the apartment before it runs into difficult in one of these few small trouble areas. 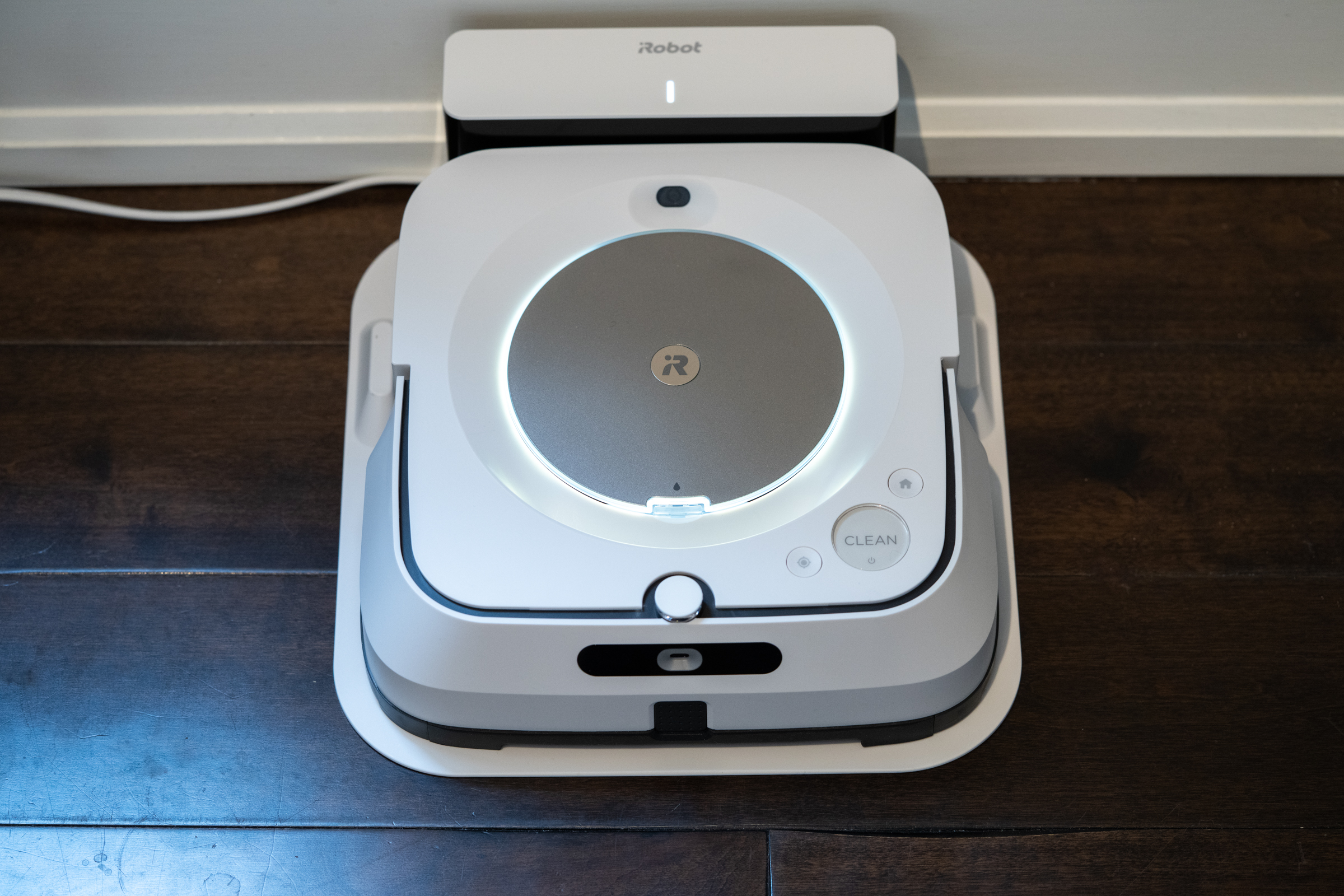 If you’ve read online customer reviews fo the m6, you may also have seen complaints that it can leave tire marks on dark floors. I found that to be true – but with a few caveats. They definitely aren’t as pronounced as I expected based on some of the negative reviews out there, and I have very dark floors. They also only are really visible in direct sunlight, and then only faintly. They also fade pretty quickly, which means you won’t notice them most of the time if you’re mopping only once ever few vacuum runs. In the end, it’s something to be aware of, but for me it’s not a dealbreaker – far from it. The m6 still does a fantastic job overall of mopping and sweeping, and saves me a ton of labor on what is normally a pretty back-hostile manual task. 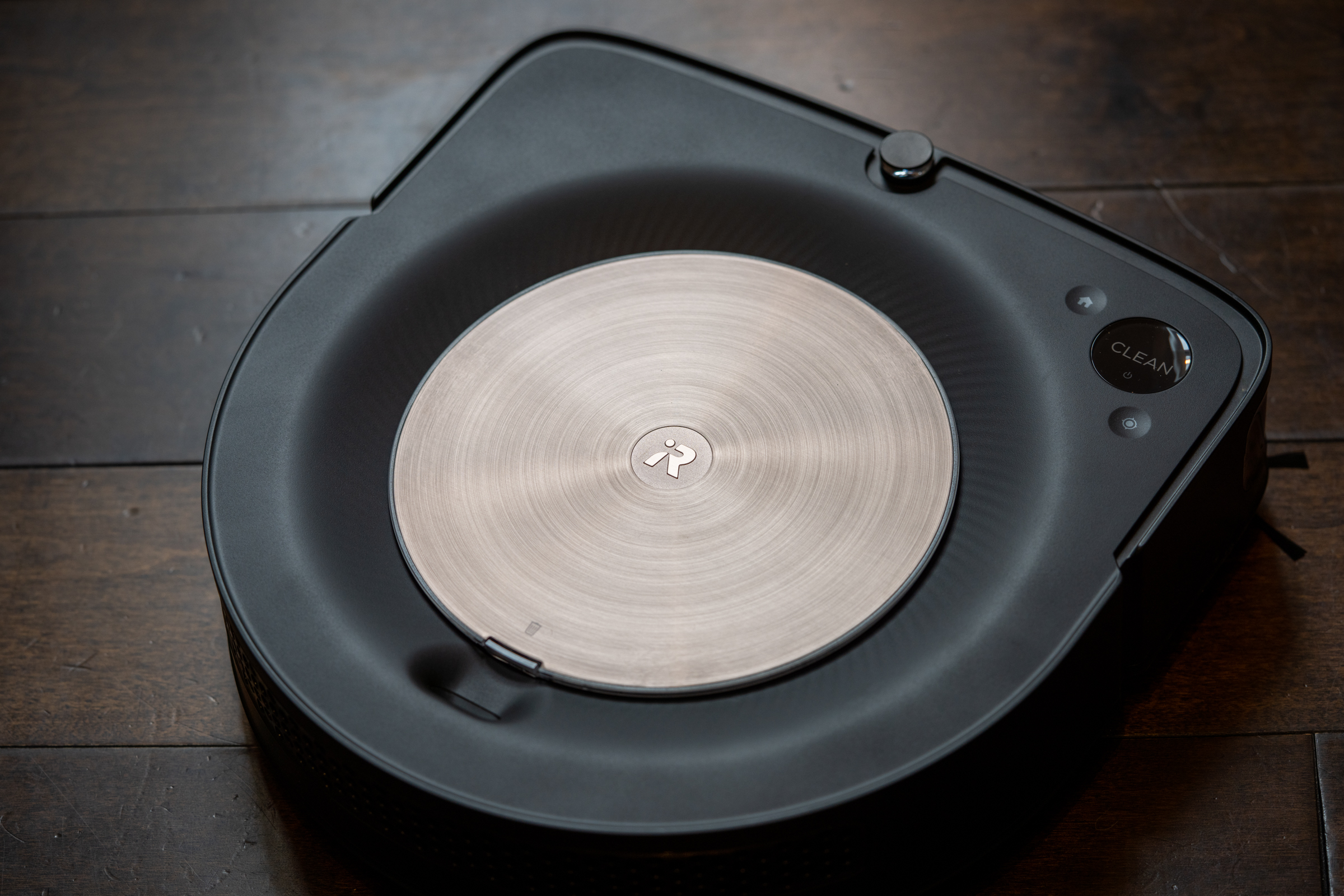 These iRobot home cleaning gadgets are definitely high-end, with the s9 starting at $1,099.99 ($1,399.99 with the cleaning base) and the m6 staring at $499.99. You can get a bundle with both staring at $1439.98, but even that is still a lot for cleaning appliances. This is definitely a case where the ‘you get what you pay for’ maxim proves true, however. Either rate s9+ alone, or the combo of the vacuum and mop represent a huge convenience, especially when used on a daily or similar regular schedule, vs. doing the same thing manually. The s9 also frankly does a better job than I ever could wth my own manual vacuum, since it’s much better at getting into corners, under couches, and cleaning along and under trip thanks to its spinning brush. And asking Alexa to have Roomba start a cleaning run feels like living in the future in the best possible way.